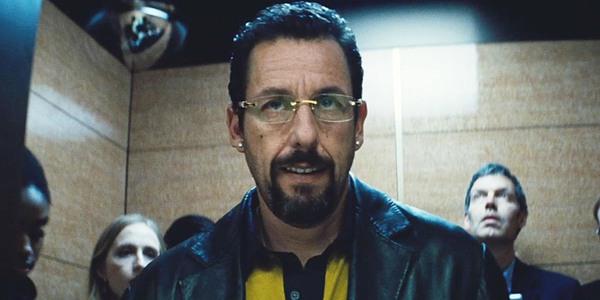 No, contrary to rumors circulating on the internet, Adam Sandler is not dead. Over his many years in the entertainment industry, Sandler has carved out a name for himself for his numerous comedic roles. Often ridiculed for playing similar characters, Adam’s shown his acting chops, nonetheless, in films like ‘Punch-Drunk Love.’ So, how did the rumors about Sandler’s death start doing the rounds?

It appears that rumors about Adam’s demise began when a site reported that he’d passed away. However, a discerning reader would have noticed that no cause of death is given, and the site clearly mentions that the news originated somewhere on social media platforms. Skeptics would have dismissed such reports outright, but some netizens can get emotional and share such tales, which results in the situation snowballing to a full-blown death hoax.

At 53, Adam Sandler is alive and well. He recently celebrated his 22nd anniversary with his wife and has put up a sweet post, which you can see below.

22 years ago today we locked eyes and fell deep. Look forward to the next 22, young lady. Love you my forever girl.

You can also check out Sandler’s most recent post, where he’s promoting a Netflix special.

Thus, the most recent death hoax holds no water, but neither Sandler nor his agents have responded to the rumors on the internet. While Sandler’s alive now, his last project ‘Uncut Gems,’ led to a near-death experience. He plays the role of Howard Ratner, a Jewish jeweler in New York. In the film, Howard is roughed up by some bodyguards. The men who were playing the part choked Sandler at one point. Although he tapped, they felt it was just Sandler channeling Ratner’s character. Naturally, they didn’t ease off, and Sandler went home with some bruises. Nonetheless, he’s described his time on set as a beautiful experience.

Perhaps Sandler won’t respond to this rumor because it is not the first time the celebrity has fallen prey to such tales. Back when Sandler was preparing for his role in ‘Uncut Gems,’ a Twitter account notorious for posting fake celebrity deaths, noted that Sandler had passed away in his New York apartment. Before that, a website infamous for fabricated stories alleged that Sandler had committed suicide and the cause of death of asphyxiation. Obviously, there’s no grain of truth to either of these stories, just like the latest rumor, which doesn’t have any basis.

Adam Sandler is easily one of the biggest names in Hollywood and is a veteran of sorts. If anything befalls the actor, it will be thoroughly covered by numerous reputable news outlets. Netizens should verify what they come across, before sharing the news – to avoid such confusing situations.

For now, Sandler is not just alive but also has a busy schedule ahead of him. He will be seen in ‘Hubie Halloween,’ next. Adam appears as the titular character, who is devoted to the town of Salem. Despite being the subject of mockery, among kids and adults, Hubie has to save Halloween, when something untoward happens at night. Adam will also reprise his role and voice Dracula in ‘Hotel Transylvania 4.’ The upcoming film is slated to release in 2021.