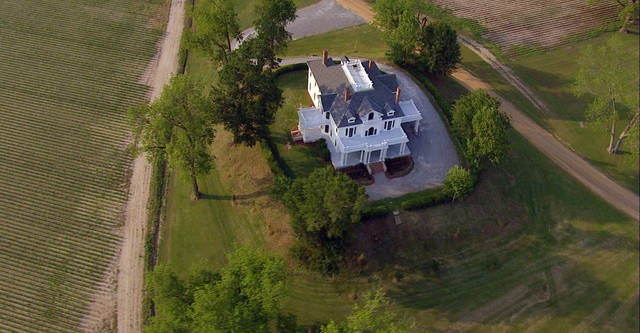 Aerial Africa is a new TV program and a spin-off series of Aerial Cities. The first season was released on 8th April 2018 on Smithsonian Channel. This series features and unveils extraordinary tales before the viewers that you may have never heard of before. Soaring in the sky and exploring numerous locations sounds very interesting. The most important thing about this show is that it gives you a great aerial experience while you are seated in the comfort of your homes. The series also takes you towards thrilling adventures that can only be explored and seen from the air. As we all know, Africa is famous for its natural beauty.

The series highlights the flora and fauna and green landscapes. Africa has the widest variety of natural spots that look very impressive from above. The view is so surreal that it will make you fall in love with the location.  Viewers also get a chance to view the rich wildlife of Savannah and explore the ancient civilisations of Africa. The viewers get a chance to see famous personalities like Scottish explorer Dr David Livingstone, Nelson Mandela’s childhood as an Xhosa boy and much more that have left a permanent mark on Africa. The series takes you to explore the most famous locations of Western Cape, Namibia, Zambia, and the Wild South Coast, Botswana that can be seen from above.

Aerial Africa Season 2 Cast: Who is in it?

Aerial Africa Season 2 Plot: What is it about?

In the previous season, Smithsonian Channel took viewers in an aerial fleet to South Africa. It is known for its magnetic mountains and hills that gives pure spiritual energy to travellers. This country has given birth to many legends like Nelson Mandela, Albertina Sisulu, Nkosi Johnston and more. The series discusses the childhood life of Mandela who lived in Robben Island. Viewers can experience the aerial views of Table Mountain, colourful fishing villages that are spread around the West Coast, the lush Cape Winelands and much more. They can also enjoy the aerial splendour of the Garden Route and go on an aerial journey to the gorge of Augrabies. Viewers will fly past the great heights of various waterfalls.

The series shows various views of natural beauty like never before. We also fly over from the herds of elephants and buffalos on Chef’s Island and cover Metropolis of Johannesburg. It takes you on an adventure to the wildlife and nature of Botswana and to Port Nolloth. Get an aerial view of Salt Pan in Hakskeen Pan located in the Kalahari Desert and Chobe National Park. Witness the magnificent country from a great point of height by exploring the Western Cape. Take flight to the spectacular mountains and metropolis of South Africa.

Aerial Africa Season 2 Release Date: When will it premiere?

Smithsonian has not released the air date for Aerial Africa season 2. This new series is a spin-off of Aerial America that has spawned one other series by the name Aeriel Cities. Clearly, it is a favourite amongst the audience, and one can expect for it to be back with another instalment soon enough. Stay tuned!

The trailer for Aerial Africa season two is not available as the series is not renewed yet. You can watch the trailer for the first season below.