Are Aesha & Jack From Below Deck: Mediterranean Still Together? 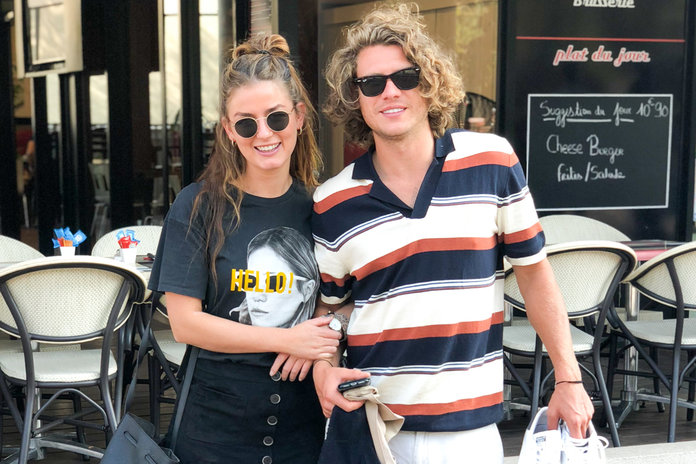 Aesha Scott and Jack Stirrer, alums from ‘Below Deck Mediterranean’ had created quite a buzz with their on-screen chemistry in their sizzling boat-mance aboard the Sirocco. While cruising through the high seas, they navigated their love life with grace — at a swift pace. When the season wrapped up in September 2019, we saw the pair walking hand-in-hand, thinking of a future together. So did their fairytale of a romance last? Are they still together? Read on!

When Jack and Aesha first saw each other, they were immediately smitten by one another. Deckhand Jack began to develop more affection for second stew Aesha once the pair swayed on the dance floor to a sensual number. He even took her on a date and then started writing beautiful poems to woo her further. Later, the couple moved in together, leaving Travis feeling isolated.

Tea will be spilled on a new #BelowDeckMed!

Toward the end, he proposed her — ‘will you be my girlfriend’ — to which an elated Aesha said an immediate yes as the answer. In the finale, after the final charter, the lovebirds were seen contemplating their future together.

Are Aesha And Jack Still Together?

This might be old news for fans, who would already be aware that Jack and Aesha, who were couple goals for viewers, are no longer together. The revelation was made in the ‘Below Deck Mediterranean’ After Show when Jack said: “No, we split up. To be honest, when I got home, I just thought it was a bit of a forced situation, and it wasn’t reality. I thought about it all and called it a day.”

However, Aesha’s version was completely different and she accused Jack of cheating on her. She explained that once they left the Sirocco, Jack had said he needed to go to a wedding in London, following which he would invite Aesha to meet his fam. But apparently, he attended the event with his ex, behind Aesha’s back. When Aesha called to confront him, Jack confessed that he had been seeing his former flame even while they were together. However, later, the stars settled their differences, and today, they are on friendly terms. So, yes, that was the end of the couple’s short romantic stint in the open waters of the Mediterranean.

Currently, Jack is living with his partner Kelly Hidge and the pair recently became parents to an adorable baby boy. Kelly is the same girl with whom he had broken up before appearing in ‘Below Deck’ and then reconciled soon after filming concluded.

On the other hand, Aesha is in New Zealand and she is doing great. As far as her relationship status is concerned, she appears to be still single. She hosts a podcast called ‘Going Overboard’ and travels a lot. Her Insta handle is packed with posts of her going on hikes, horseriding, paragliding, and cruising. The fitness freak follows a dedicated workout regime and also posts motivating advice on the same. Here’s hoping the best for this strong woman! [Feature Image Credits: Bravo]

Soooooo happy to have done my very first multi pitch this week!!! Am so stoked!!! It took about seven hours so that feeling of getting to the top and slipping my climbing shoes off was just scrumptious. The hardest part was that the wind was SO strong it made everything difficult, most of all not being able to hear each other. I surprised myself with the first three pitches but then lost my nerve on the last pitch and may have cried while Scott helped me up 😂 But that’s ok, I’m still happy as and feeling very grateful to have someone so talented to lead and show me the ropes (lol). What a week!

Such a fun day booze cruising down upper C with some pals and the doggos! Not long until I’m back in NZ winter, so I’m enjoying these ‘warm’ (for Breck) days in CO.

Read More: Are Rob And Jess From Below Deck Mediterranean Still Together?