Aesha Scott From Below Deck Mediterranean: Everything We Know

‘Below Deck Mediterranean‘ is an American reality show that follows the lives of a crew that lives and works aboard a super-luxury yacht. Stuck together on a boat cruising the Mediterranean, the professional challenges of serving high profile clients and the personal entanglements with fellow crew members makes for utterly captivating television. The show is currently in its 5th season and one of the absolute favorite crew members from last season (and returning this season) is Aesha Scott. Here’s all that we know about Aesha.

Aesha Scott: Where is She From?

Aesha is from small-town New Zealand. She was born and brought up in the beachy city of Tauranga. She is a part of a big, boisterous family with four brothers and a younger sister. Aesha herself displays traits of coming from a big family in her loud personality.

🍸🍷 These two are my world, appreciate your fam errrrrday! 🍷🍸

Joining the ‘Below Deck Med’ crew last season in 2019, Aesha quickly became a fan-favorite because of her sunny, cheerful and so completely hilarious disposition. She is known for cracking inappropriate and bawdy jokes and her earthy laugh is infectious. One great thing about Aesha is that she likes to keep it real. Even after having spent the last half a decade rubbing shoulders with the world’s wealthiest, Aesha is still the down-to-earth Kiwi chick at heart. She just loves getting her hands dirty and does not miss a single opportunity to go camping, or cycling, or anything to do with the outdoors, really.

Filming this show was easily the most fun thing I’ve ever done!! SO excited for that first episode to air and laugh as everyone rips the shit out of me. I’d say these two probably managed everything a bit more gracefully than I did 😂

Although her age has never been disclosed to the public, if we were to take a guess, we’d say Aesha was 26 or 27. She works as Second Stew aboard the luxury yacht and has previously also served as a deckhand. Aesha prides herself on her impeccable skills serving the spoiled, super-rich guests on the yacht. And anyone who’s watched the show last season will tell you, she’s actually good at her job! 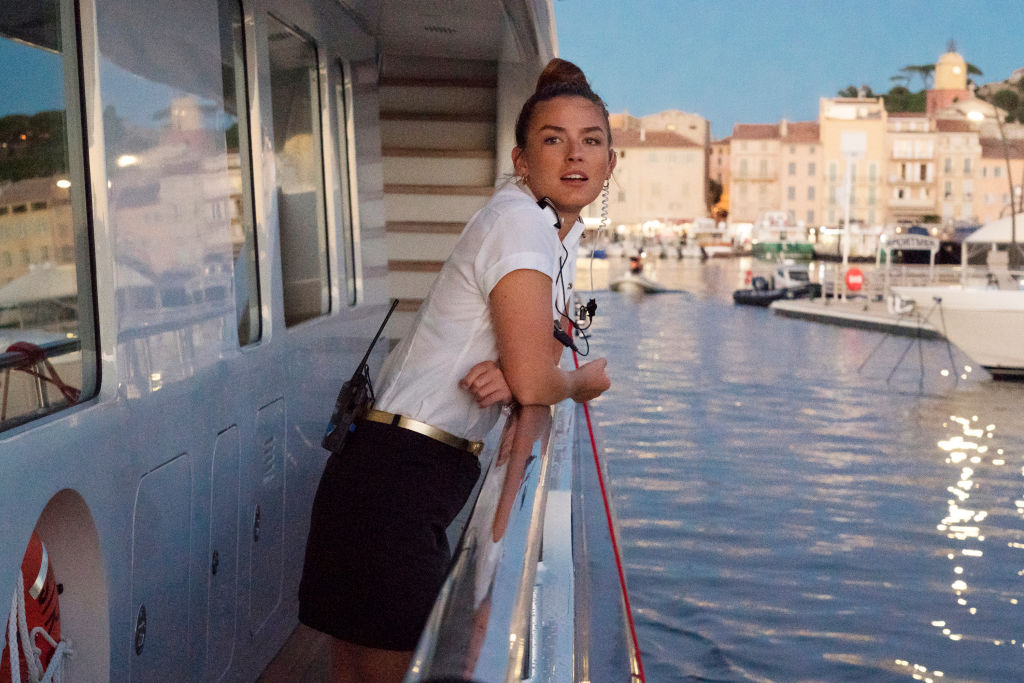 Aesha’s love of the outdoors prompted her to get a double major in Geography and Physical Geography from Victoria University. She knew she was not cut out for a boring desk job and therefore, at the first chance, flew to France with her sister and got herself into a career crewing the superyachts of Europe. It was spur-of-the-moment but apparently the best decision of her life, according to her.

Aesha had already spent a little more than four years yachting around the Mediterranean and Caribbean when the opportunity to apply for ‘Below Deck’ arose. Having nurtured childhood dreams of being on television, Aesha grabbed the opportunity with both hands.

Who is Aesha Scott Dating?

In season 4, Aesha formed a close (and rather sweet) friendship with fellow crew member and deckhand Jack Stirrup (29-year-old Brit). It quickly blossomed into romance and fans were thrilled.

But it seems their relationship was not meant to be and couldn’t find legs on land after they both disembarked from the yacht. Stirrup went home to England and got back together with his ex, without first breaking up with Aesha. Aesha only found out about Stirrup’s other girlfriend when the other girl checked out her Instagram stories and texted her to stop calling her boyfriend.

They broke up over a phone call and the whole thing was quite messy. They didn’t speak to each other for a while but eventually, possibly after Jack had apologized, they made up and now are back to being friends. They both agree that romantically, they were not right for each other, but they shared a genuine friendship and they both want to continue being friends. In April 2020, Jack actually welcomed a baby boy with his girlfriend.

Such an amazing holiday, the whole thing was a highlight so I couldn’t name just one! So so in love with Utah, I can’t wait to get back!!! Biggest thanks goes to @scotty_dobbo who managed to make every day the most epic bucket list adventure while putting up with me! Please excuse the photo spam over the next week!!

Aesha was quick to move on and now has a new beau – Scotty Dobbo – with whom she has been traveling around across the US, hiking, rock climbing, horseback riding, canoeing, and biking in Utah, Colorado, and California. Some of the other crew members have already shown their support for the new couple by giving them a big thumbs up.

Back in Breck with this guy!! Yaaay! So excited for this next adventure! Hoping we open our eyes soon so we can take it all in. Apologies in advance to @breckenridge_taphouse for hanging around way too much and harassing staff members. But I won’t stop 🙊

Read More: Malia White From Below Deck Med: Everything We Know