After We Collided Ending, Explained

Directed by Roger Kumble and the sequel to ‘After,’ ‘After We Collided’ is a romantic drama that continues to explore the harrowing and volatile relationship between Tessa Young (Josephine Langford) and Hardin Scott (Hero Fiennes Tiffin), especially as they battle their own emotional demons. If you’re curious as to what the ending is all about, then this article is for you.

After We Collided Plot Synopsis

Following the events of ‘After,’ Tessa and Hardin are no longer together. She also starts a new internship at a publishing house, where she meets the level headed and mild-mannered Trevor, who has a completely different personality than her ex. Tessa and Trevor become good friends, and he even develops feelings for her. But her heart is still set on Hardin, and the two start hooking up often, which eventually leads to them basically getting back together. At the same time, there is a trauma from his past that Hardin must come to terms with for his own sake.

After We Collided Ending

Hardin drives by a car accident before realizing that Tessa is involved in it. He doesn’t know where she is admitted, and so he calls every hospital in the vicinity to find her. In the meantime, Landon barges in and blames Hardin for the accident because Tessa was out looking for him as the male protagonist did not come home the night before. Getting more desperate to find her with each passing second, the boyfriend calls Tessa’s phone again, only to have Trevor pick it up. The coworker tells Hardin that he is toxic and needs to let Tessa go; she will never find happiness in him. 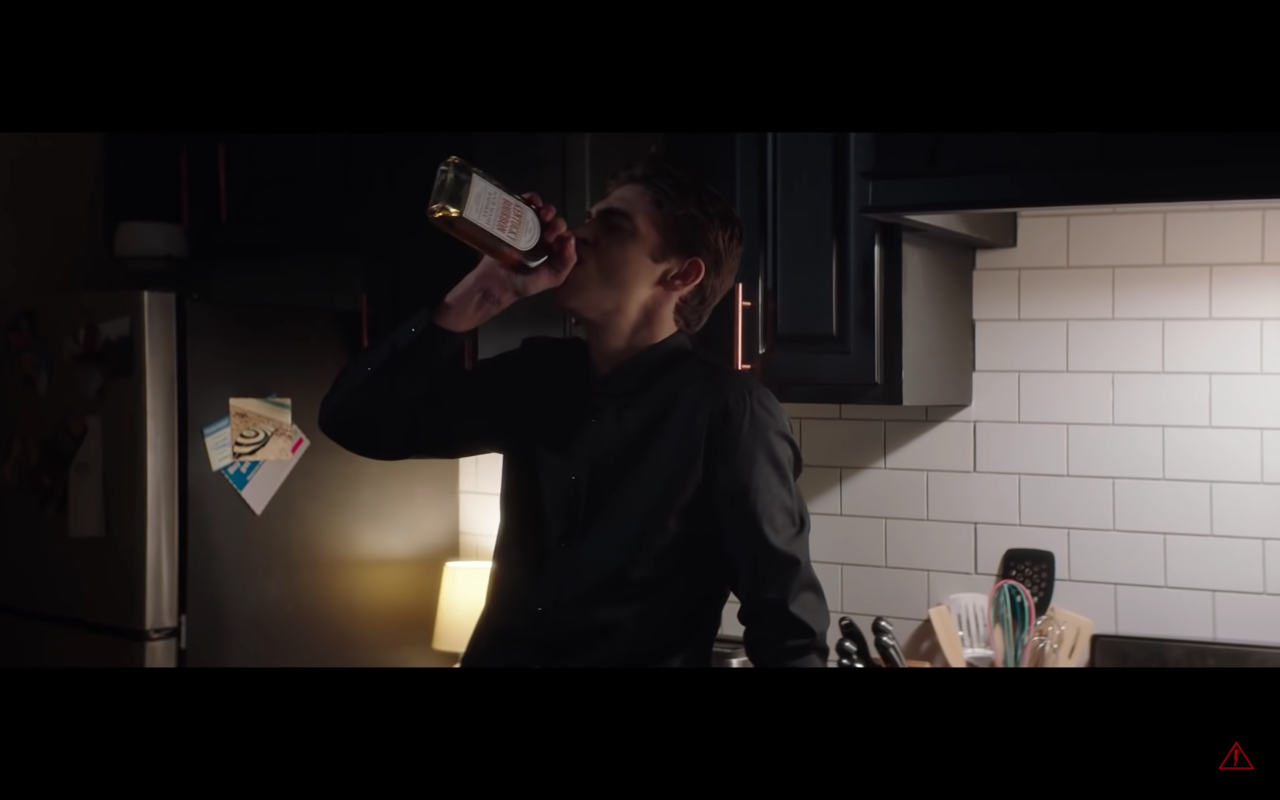 Tessa is discharged from the hospital and comes home only to find that Hardin has left. (He has gone to his mother’s place in England). But in a letter, he acknowledges that their relationship is like an addiction – pain and pleasure go hand in hand. Furthermore, he states that the girl they fought about was a former fling, and he just wanted her forgiveness in order to improve for Tessa. Although she then tries to get in touch with Hardin, it is to no avail since he breaks his phone in a fit of anger.

Hardin continues to have the same nightmares, but this time around, Tessa features in them instead of his mother. He also proceeds to dump the alcohol out. His mom then makes him understand that Hardin is only punishing himself by not forgiving his formerly abusive father. She also encourages her son to go to Vance’s party on Sunday and win Tessa back; he needs to fight for what really matters. At the soiree, Kimberley says yes when Vance proposes to her.

Later, Trevor asks Tessa if she’s going to accept the job offer in Seattle. She says that she just might since she has no reason to stay in town anymore. In the same conversation, the coworker confesses that he had asked Hardin to leave her alone. He excuses himself for a moment, and Tessa sees Hardin at the party. After a brief conversation, they leave together. In the end, he gets a tattoo that says, “I never wish to be parted from you from this day on.” Then, it is revealed that the homeless bum who confronts her is actually Tessa’s dad.

Who is Tessa’s Father?

The movie ends on a cliffhanger when Tessa realizes that the homeless man that approaches her is none other than her father. But who is he, and why has he appeared out of the blue? Well, here’s all the information about him that the movie gives. In one scene, when Carol finds out that Tessa is back in a relationship with Hardin, she freaks out and angrily tells her daughter to end it as the boyfriend reminds Carol of her ex. In another scene, when Tessa’s father approaches the mother to let him meet his daughter, she doesn’t let this happen. 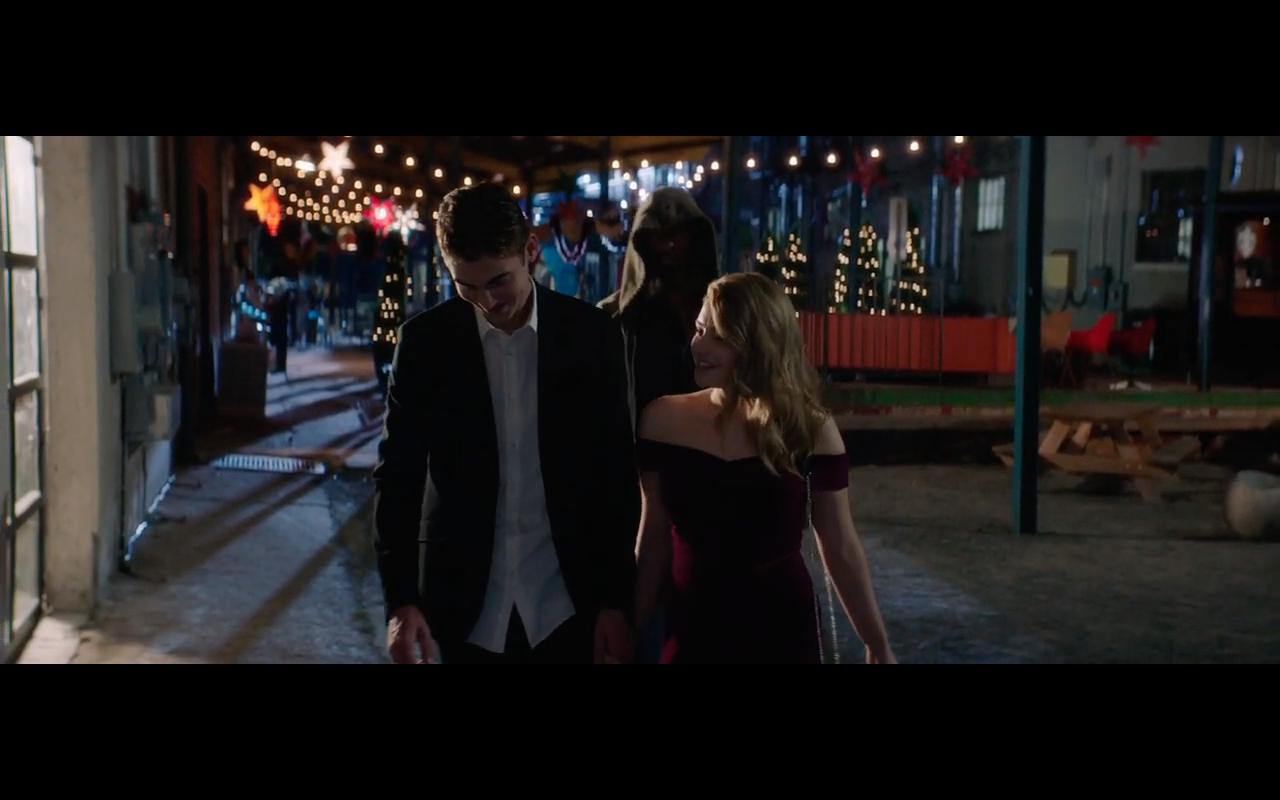 But apart from establishing his similarity to Hardin, the movie doesn’t delve deep into who the mysterious figure is. So, we turned to the eponymous book by Anna Todd, which inspired the script. She also co-wrote the screenplay for ‘After We Collided.’ So, her literature is definitely the next best source to gather more information about Tessa’s father. The man in question is named Richard Young, and in the novels, it is explained that he has always dealt with substance abuse issues.

Carol and Richard would often fight after he came home drunk, and eventually, he ends up abandoning his family. Post this, he gets in with the wrong crowd and starts doing drugs as well. This is what results in his homelessness, as he loses his job and has no way to support himself. So, when Tessa and Hardin run into him on the streets, they take him back to their place. Eventually, Tessa’s parents reveal that they had never been married.

In fact, the relationship that their daughter has with Hardin is reminiscent of their own volatile liaison. This matter ends with Carol telling the boy to not go down the same path as Richard. Coming back to the movie franchise, we do know that a sequel, ‘After We Fell,’ is already in production. Although we don’t know if Anna Todd will be reprising her role as the writer, it doesn’t seem like the filmmakers will stray far from the original story.

Does Tessa Accept The Job Offer?

Vance offers Tessa a job that requires her to move to Seattle. Her boss is even willing to cover the many expenses, including tuition. On paper, it sounds like the perfect opportunity. However, she asks Vance for some time to ponder over the matter. She even keeps this hidden from Hardin, who eventually finds out when Trevor texts Tessa to congratulate her. (The coworker will also be moving there). But the movie doesn’t really disclose what choice Tessa ends up making.

We think that Tessa will end up taking the job. After all, even though she is basically in a toxic relationship with Hardin, it is evident that he does care for her. Firstly, he would never let her pass up an opportunity like this. (Although we do agree that if the long-distance aspect gets really tough for him to handle, then he will most probably lash out and fight with her). Secondly, she has ample friends and family that would encourage her to take the job as it is a great step for her career.

While Tessa is totally obsessed with Hardin, it does not feel as though her career is something she would be willing to give up for the relationship. This is established in the movie when they are getting hot and heavy in the shower, but she still answers a work call. Lastly, since most of her expenses will be covered, the financial incentive for her to relocate is high. Thus, for these reasons, we think that in the sequel, the protagonist will move out to Seattle.

Trevor’s Contribution to The Narrative

Trevor is everything that Hardin is not – cool, composed, mild-mannered, and non-toxic. While his personality is juxtaposed against the boyfriend’s, it really doesn’t do much for the story. The one thing Trevor does is that he interjects Tessa’s and Hardin’s relationship in the end, but otherwise, it feels as though he is just there. At first glance, it seems as though the narrative would not be too different if Trevor weren’t a part of the script.

Tessa and Hardin would still have fought because that’s what they do. Plus, many people in her life don’t think that the brash young man is the ideal partner for Tessa, including Carol. Anyone could have objected in the end and told Hardin to leave the female protagonist alone. But we believe that there is a greater purpose for the character. After all, Trevor has been promoted and will be heading the finance department at the Seattle office.

Furthermore, there has been a previous misunderstanding where Hardin thinks he walked in on Tessa and Trevor hooking up, so the boyfriend isn’t Trevor’s biggest fan. If we’re right, and Tessa does end up moving to Seattle, then Trevor and she will be in close proximity. It seems almost inevitable that Hardin and Tessa will then pick a fight that involves the coworker, thus continuing the virulent cycle of arguments that dominate their relationship.

Read More: Where Was After We Collided Filmed?