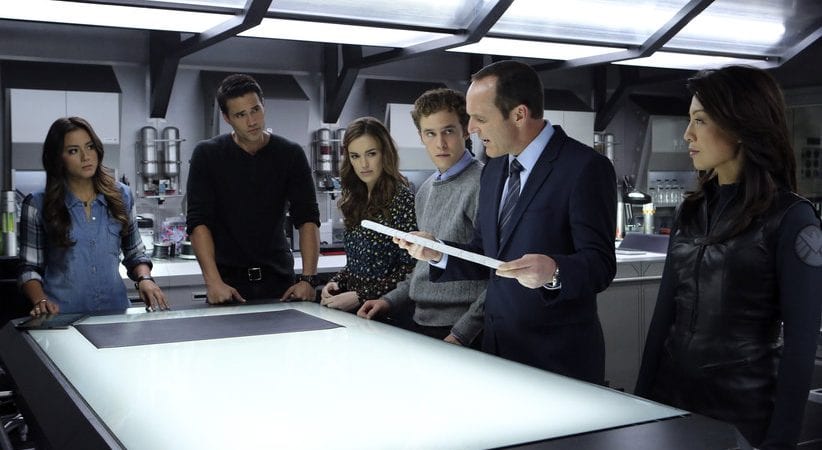 It is no secret that Marvel’s cinematic universe has extended beyond movies as well. The beloved comic book world has made its presence felt on TV too. If one has to make scale-wise comparisons, ‘Agents of S.H.I.E.L.D.‘ can be considered to be analogous to the Avengers. It is unsurprising that the show has managed to garner tons of fans and appreciation during its run.

The show follows the S.H.I.E.L.D. agent Phil Coulson as he assembles a team of superheroes to fight new and strange cases. They take on threats like Hydra. Several characters seen on the show have also been introduced to the comic universe. Clark Gregg stars as Coulson while other cast members include Ming-Na Wen, Brett Dalton, and Chloe Bennet.

Where is Agents of SHIELD Filmed?

‘Agents of S.H.I.E.L.D.’ is a show that takes its superheroes all over the world to fight supervillains and other forms of super-threats. The show has been truly globetrotting. That should be rather unsurprising given the kind of epic Marvel stories that audiences have become used to. Hence, it is natural for viewers to wonder where the show has been filmed.

‘Agents of S.H.I.E.L.D.’ has mostly been filmed in California, in and around Los Angeles. While the show’s action is set in a variety of places all over the world, most of the filming has been carried out in California. Various places in the state have been used to double up as other locations frequently.

Discovered the park Sarah and Polly Hinton were at in @AgentsofSHIELD S05E05.

As mentioned earlier, ‘Agents of S.H.I.E.L.D.’ is a truly globetrotting show. While a lot of scenes set in foreign locations were filmed in California, the show’s makers did actually travel to a few other places. For instance, a scene set in Paris in the first episode was actually filmed in Paris, on Rue de l’Échelle and Avenue de l’Opéra.

@clarkgregg @AgentsofSHIELD Early morning in Paris – France, we meet agents of SHIELD in the tramway… ! 🙂 pic.twitter.com/GpD8yOaVn1

A scene in the eighth episode of the first season set in Seville, Spain, was actually filmed there at Iglesia del Salvador. Furthermore, filming was also carried out in Stockholm, Sweden (Sergels Square and T-Centralen metro station, to be precise). Lastly, filming was also undertaken in Old San Juan in Puerto Rico.

Peek-a-boo! #tbt to our time in Puerto Rico shooting the winter finale of Marvel's #AgentsofSHIELD. pic.twitter.com/5YIGqFDv46

Have a look at some behind-the-scenes photos below:

That #FridayFeeling when #AgentsofSHIELD is on 🎥🙌

#repost @motancharoen • So proud of this team behind tonight’s episode. Written by the super talented @lillazuckerman and @noralzee and directed by our very own VFX wizard @mark.kolpack. #agentsofshield

@clarkgregg is directing Marvel’s #AgentsofSHIELD but we’re keeping the rest of the surprises under wraps. 🤫 ・・・ Hard at work on the show that will never ever ever reveal its code name. #agentsofshield #redactedaf (Regram from @clarkgregg)

This @realhenrysimmons #FBF is giving us all the feels. Marvel’s #AgentsofSHIELD is approaching 💯 episodes, but don’t miss a new one tonight!