Where Are All the America’s Got Talent Winners Now?

The one kind of reality series that has become exceedingly popular over the last few years is the one where a panel of judges decides upon the fate of a talented contestant based on their brief – about 90-second long – performances. More often than not, a hefty cash prize is awarded to the winner, the talent which manages to beat all others. But, more importantly, it’s the fame and exposure of being on TV that kickstarts their career.

‘America’s Got Talent,’ or AGT, follows the same concept. However, instead of just sticking to one distinct art form or having contestants come from just one particular country, it provides a platform to everyone, everywhere. It’s an open-for-all competition that is currently airing its 15th season. So, if you’re here looking for where are AGT winners now, you’ve come to the right place.

𝐒𝐞𝐥𝐥 𝐦𝐲 𝐚𝐧𝐭𝐢𝐪𝐮𝐞𝐬, 𝐓𝐞𝐥𝐥 𝐭𝐡𝐞𝐢𝐫 𝐬𝐭𝐨𝐫𝐢𝐞𝐬, 𝐖𝐞 𝐦𝐲 𝐟𝐫𝐢𝐞𝐧𝐝, 𝐦𝐚𝐝𝐞 𝐡𝐢𝐬𝐭𝐨𝐫𝐲… ⠀ One of my favorite songs that I’ve ever penned / written. I actually wrote the bridge of the song months after I wrote the verses and chorus and I’m glad I waited until it was right. I’m so Incredibly proud of how many people “Alice” has touched. The thousands of comments, messages and emails about how many of you said it helped you through a lot of hard times and hurting. I’m so glad I could help. Only a few hundred away from 2 million views on the official Music Video featuring the beautiful @chloelukasiak and over 4 million listens across all platforms. 💕 ⠀ Comment below what song & video! ☁️

Bianca Ryan became the very first winner of NBC’s ‘America’s Got Talent’ at the age of eleven, as a singer. Now, at 25, she’s become much more. She still works on her music, with her latest EP “The Reintroduction, Pt. 1” (released in January of 2019) being proof, but, along with that, she currently also works as a Broadway artist and businesswoman. In December 2018, she launched her Ciao Bianca beauty brand by releasing 23 lip shades, and according to her IG, she is still the CEO of it.

Check out my interview with @lifestylemagtv

The second season was won by singing impressionist and ventriloquist Terry Fator, from Dallas Texas. After his success on the show, he got the opportunity to headline The Mirage Hotel and Casino in Las Vegas, Nevada, with a five-year, $100 million contract, and to make ventriloquism taken seriously, both of which he succeeded in doing. He’s been performing at the hotel since 2009, and currently uses about 15 puppets in his act. You can also check out his YouTube to see some of his performances. 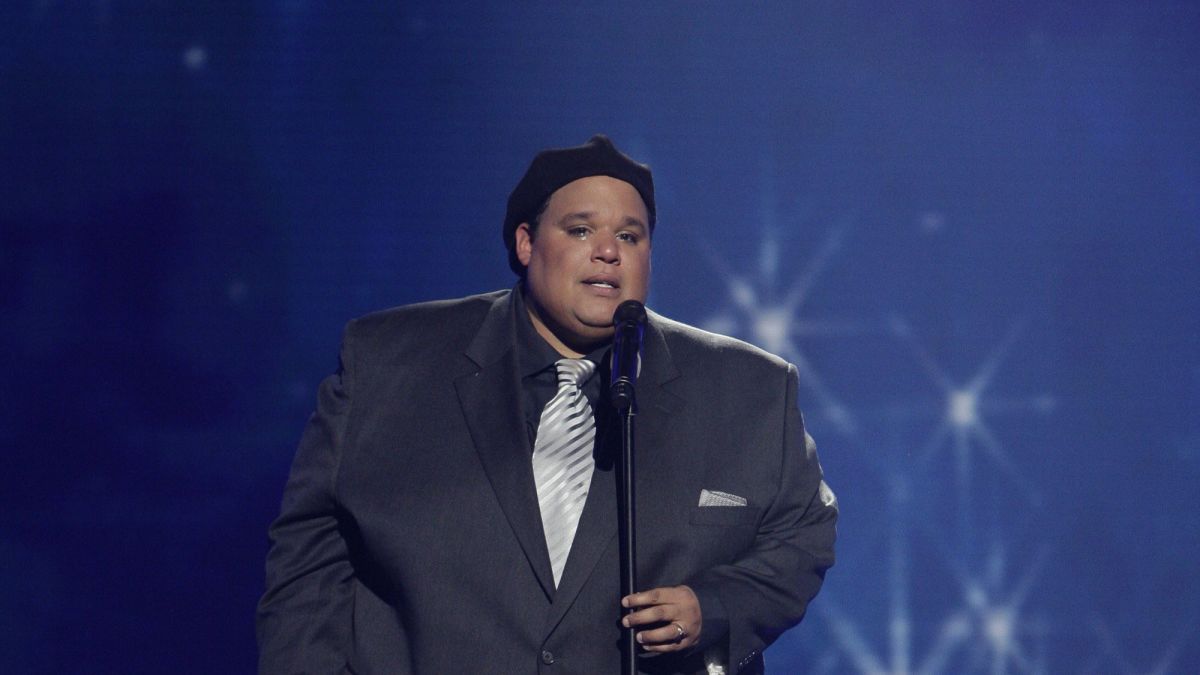 Unfortunately, Neal E. Boyd, a classical singer, and politician, who was motivated by public service and community involvement throughout his life, passed away on June 10, 2018, at the age of 42. His death was ruled as a result of heart and kidney failure, intensified due to liver disease.

Like most others, Kevin Skinner is also a singer. However, when he won AGT, he put his $1 million cash prize into an annuity so that it would be paid out to him over a period of 40 years. And, in 2010, after he released his debut CD, “Long Ride,” he decided to not live a life in the public eye.

Here is your song of the week… #agt #michaelgrimm #songoftheweek

After building a house for his grandparents, Michael Grimm used his winnings for his life and career. He got married and now resides in Henderson, Nevada. He just recently got back into the music industry by releasing his EP “Michael Grimm Encoded” in April 2020. He has a website, a Patreon, and a YouTube channel to let his fans know all about what he’s up to, and he frequently performs at Tuscany Suites in Las Vegas, Nevada.

This jazz singer’s vocals and lyrics have been compared to that of Frank Sinatra over the years, and he has managed to keep giving amazing live performances all over the United States as well. Landau has written an autobiography, titled “From Washing Cars to Hollywood Star,” which went on to become #1 on Amazon. His most recent album, “LANDAU” was released in 2016 by WeberWorks.

#Plymouth, California – see our Circus Royal Spectacular at the Amador County Fair and Event Center starting TODAY at 7pm – Monday! Fun for the whole family 🐾 Showtimes and tickets are available at the link in our bio 🎉

Olate Dogs currently reside in Houston, Texas, and work exclusively by bookings. Over the years, they have traveled extensively all over the States and have performed on TV, at the NBA halftime, in theater, and done much more. They also do tours from time to time, so if you want to see adorable dogs doing tricks, you can check out their website to find out when and where they perform next.

English follows below. 無事46歳を迎えましたー 多くのお祝いメッセージありがとうございます！ こんな状況ですが、また1つ歳を取れるように頑張ります！ 僕が主催しているチャリティープロジェクト、パフォーマンス動画コンテスト「Like the BEST!」のご視聴、投票、寄付、応募のご協力も引き続き宜しくお願いします！ https://www.likethebest.net/ Happy Birthday to me! Lol Thank you very much for many messages! I'm very thankful for getting a year older in health. Please watch, vote, donate and apply for my charity project, "Like the BEST!", all-genre performance video contest! (English site) https://en.likethebest.net/vote

Kenichi Ebina is probably one of the most famous winners of AGT. The Japanese performing artist combines acting, storytelling, several different dance styles, and martial arts to his unique acts that frequently involve his interaction with the characters on the video screen behind him. Apart from performing at private corporate events, most recently, he worked as a producer on ‘Like the BEST!,’ a charity project to support the people in the medical industry who’re fighting against COVID-19.

🍾🥳 Today marks FIVE YEARS since opening night!! All theaters and shows in Las Vegas remain on pause during these crazy times. Sending virtual congratulations to our whole team, from box office to ushers to @caesarsentertainment, @thelinq, @redlightmgmt, waitstaff, stage crew, security, custodial staff, and of course our magic team. Since I can’t be at the theater, I’m sharing photos from previous celebratory evenings. #magicreinvented #magicians #matfranco #lasvegas #covid19 #anniversary

Mat Franco became the first magician to win AGT, and for good reason. For the last 5 years, he has been headlining at The LINQ Hotel and Casino in Las Vegas, Nevada, and has managed to have a theater named after him as well. In 2020, he signed a 5-year extension for his residency. His act has won many awards, including Best Magic Show, Best Performance Venue, and Best Production Show, but his biggest achievement is the fact that his show currently rates the highest among all magic shows in Las Vegas, having an average of 4.8 out of 5.

To all professionals in the film,television,theatre,entertainment and arts world,join the challenge to post a photo of you in your job. Just a picture, no description. The goal is to flood social media with our profession. Copy the text and post a pic #savethearts

After his massive success on AGT, Paul Zerdin, a British comedian and ventriloquist from London, went back home to continue performing there. Last year, he appeared on ‘Britain’s Got Talent: The Champions’ and on ‘Tenable All Stars,’ but now, due to the coronavirus pandemic, he is stuck at home like all other artists. This hasn’t stopped him, though, because just recently, he launched a hilarious six-week mini-series titled “New Sponge Weekly” on his YouTube channel.

Found this shoot on my phone too! can't believe I never posted them – so sick @dritch <3<3

At just 16, Grace VanderWaal has accomplished a lot. Apart from winning AGT, she has released 2 EPs and one studio album, with the latest being in November 2019. Over the years, she has toured the world by opening and closing for the 2017 Special Olympics World Winter Games in Austria, and opening concerts for bands like Imagine Dragons and Florence and the Machine. In 2020, Grace made her acting debut by starring as Susan “Stargirl” Caraway in the Disney+ musical movie entitled ‘Stargirl.’

SUNDAY. 3PM CT. @edmondhistory Museum Virtual Ribbon Cutting. 🔗 for tickets in my bio. SEE YOU THERE!!! 🤪

Darci Lynn became the third female, the third kid, and the third ventriloquist to win AGT by winning in 2017. After that, she announced her national tour, “Darci Lynne and Friends Live,” which took place from early 2018 to early 2019. The success of this prompted another national tour titled “Darci Lynne and Friends: Fresh Out of the Box.” Apart from her guest appearances and performances on various talk shows, Darci is currently working/starring as a panelist on ‘Unfiltered,’ a Nickelodeon game show.

New concept I’ve been playing around with 💵

Not only did Shin Lim win AGT season 13, but he also won the first season of ‘America’s Got Talent: The Champions.’ The Canadian-American sleight of hand specialist first got national recognition when he appeared on ‘Penn & Teller’s Fool Us’ and managed to deceive the veteran magicians not once but twice. And now, he himself is in Las Vegas, with a long-term headlining residency gig at the Terry Fator Theatre at the Mirage Casino Hotel. Apart from that, he has also begun performing with The Illusionists, a theatrical magician troupe show, on tour.

Hope everyone is having a great Monday like me!! There’s nothing like a warm cup of ginseng tea!! Heck yeah!! #heckyeah#love#mondaymood#autism#staysafe#stayhome#blessed#teatime

Kodi Lee, an autistic and legally blind singer-songwriter and pianist, who has Addison’s disease, not only won season 14 with his almost perfect pitch but also managed to win our hearts. It is because of this that his audition performance has become the most viewed AGT performance in history. According to Kodi’s Instagram bio, along with being a “Musical Prodigious Savant,” he is also a tap dancer. He has performed at the Carnegie Hall twice, and now has a YouTube channel where he documents his musical and life journey.

Read More: Single Wives: Where Are They Now?