Where Is Daniel and Erika’s Son Today? 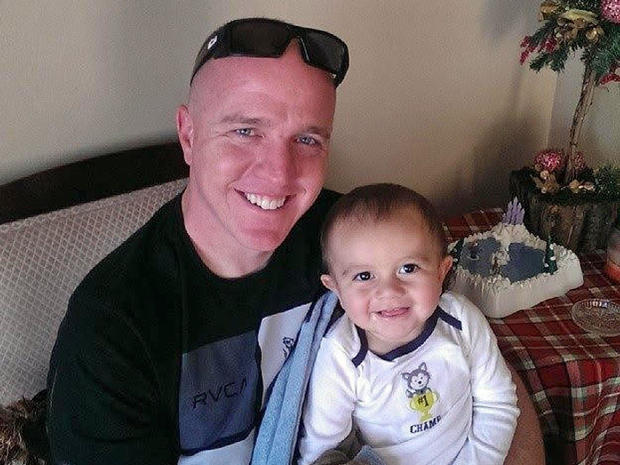 ‘The Killing of Daniel Green’ is a CBS ’48 Hours’ episode that has astounded us, not only because of the case itself, but also because of how it seems so obvious and yet so blurry at the same time. We know Erika Sandoval, his ex-wife, is the one who pulled the trigger, she admitted to doing so to both the police and the jury at her murder trial, but why exactly? Was it jealous rage because Daniel found himself a new, younger, girlfriend, or was it because she was genuinely worried about the well-being of their then 2-year-old son, Aiden? The human experience and emotions, and what it makes us do, is something that never fails to baffle us, and this episode is just another proof.

Who Is Aiden Green?

Aiden Green is the son of Daniel Green and Erika Sandoval, whose toxic relationship was a rollercoaster ride from the moment they got together to the time Daniel passed away. The families feared that apart from their volatile fights and arguments, there was abuse involved in the relationship as well, both physical and mental. Abuse that continued even after the couple got divorced because they proceeded to spend nights together. In the spring of 2012, after Erika admitted that she was pregnant with Daniel’s child, the couple decided to give their relationship another chance.

And thus, together, they welcomed Aiden into the world in January of 2013. “I don’t have any doubt that the day his son was born was the happiest day of his life,” Daniel’s twin brother, Matt Green, told ‘48 Hours.’ Aiden was the couple’s top priority. Even though their relationship started floundering within a few months, they wanted the best for him, which is why, despite their nasty custody battle, which included some offensive and contentious texts from both sides, that are now part of the court record, they came together quite amicably to celebrate his second birthday in 2015.

Who knew that that birthday would be the last that Aiden would get to celebrate with his parents. Less than a month after he turned two, on February 6, 2015, his mother shot and killed his father in his home, in his own bathroom.

Where Is Aiden Green Now?

Erika was arrested within a couple of days of Daniel’s death and was charged with first-degree murder. Her actions led to Aiden losing not just his father but his mother as well. When everything was happening, Aiden lived with relatives nearby, but when Erika legally lost all her parental rights, Matt Green, Daniel’s twin brother, and his wife adopted Aiden – making sure that he would grow up knowing just “how much his father loved him.”

At 7 years old, Aiden now has a joyous home and family, which includes a set of parents and a younger sister. Of course, it’s not the same as living and growing up with a biological parent, but, from the looks of it, it seems as if Aiden is perfectly happy and content with the family that he has now. He was just a kid when he moved in with his uncle, so this family is all that he knows. We just hope that, as time goes on and he grows up, he can also find peace within himself regarding what happened with his parents. (Image Credit: JoAnna Green / CBS News)