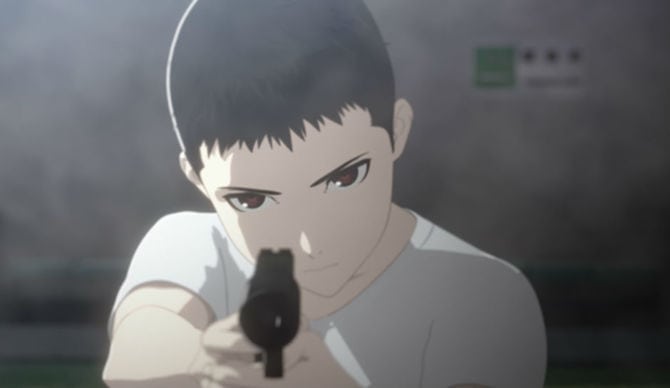 Ajin: Demi-Human is a Japanese supernatural anime television series which is based on a manga series of the same name. Written by Gamon Sakurai and illustrated by Tsuina Miura, the manga series was first published on March 7, 2012 and became quite popular. Subsequently, in January 2015, plans to adapt the show into an anime film trilogy were announced, and the three movies, titled Ajin Part 1: Shoudou, Ajin Part 2: Shoutotsu, and Ajin Part 3: Shougeki, were released on November 27, 2015, May 6, 2016, and September 23, 2016, respectively.

Further, in 2016, an anime television series, aimed to be a sequel to the events in the movies, was also released. Season 1 of Ajin: Demi-Human premiered on January 16, 2016, and it was followed by the release of Season 2 on October 8, 2016. Since then, fans of the show have been waiting to hear news on a third season. Here’s everything we know about the prospects of Season 2 thus far.

Ajin Season 3 Release Date: When will it premiere?

Ajin season 2 released on October 24, 2016 and ran till December 24, 2016. It was also followed by an original video animation (OVA) special episode which was released on April 7, 2017. Although a couple of years have passed since then, there’s still no news on a third season.

Considering the fact that anime shows are usually renewed within a period of five years, there’s enough time left for a renewal to be announced. That being said, the problem with making a third season is that the showmakers will have to start from scratch – while Season 1 of Ajin: Demi-Human was faithful to the manga series, Season 2 diverted from the manga to a considerable extent. As a result, a third season, if it happens, cannot rely on the manga series, and has to be written anew. This, of course, is a complication and might affect the decision on whether to make a third season. But don’t worry! As soon as we come to know about Ajin season 3 release date, we will update this section.

For those who like watching anime shows in English, the good news is that Ajin: Demi-Human has a great English dub done by talented voice actors. If you want to watch the show in English, you can find dubbed episodes on Netflix.

Ajin: Demi-Human is set in a fantastical world. 17 years prior to the events of the show, it’s shown that immortal soldiers known as “divine warriors” showed up on the battlefields of Africa. These soldiers came to be known as the “Ajin” or demi-humans, and they were quickly regarded as one of mankind’s greatest discoveries. However, as the years rolled on, governments across the world realized that the Ajin posed an existential threat to humanity, and started hunting them down.

In this backdrop, the show follows a youngster called Kei Nagai. A typical high school student, Kei is apathetic about what’s going on in the world, and he dreams of becoming a doctor and living a normal but luxurious life. In school, Kei and his fellow classmates are also taught about the Ajin and their problematic relationship with humanity, but Kei hardly shows any interest in the subject and moves on with his life.

However, Kei’s nearly non-existent knowledge about the Ajin proves to be a problem for him later on. One day, while returning from a convenience store, Kei becomes the victim of a deadly traffic accident, one which should have taken his life. However, instead of dying, Kei survives the accident and is immediately labelled as an Ajin by shocked and bounty-hungry witnesses. With the news of Kei’s identity spreading like wildfire, he barely manages to escape the clutches of the government. On the run and with no place to go, Kei realizes the curse of surviving as an Ajin in a human-dominated world.

Soon, however, an anarchist Ajin group seeks Kei out and tries to convince him to join their ranks and exact revenge on humankind. Forced into a conflict he never wanted to be a part of, Kei is then forced to choose between his newfound Ajin comrades and humanity.

Despite having dozens of characters, Ajin: Demi-Human has only one main character and a handful of important supporting characters. Below, we’ve given you a brief background on the most important characters in the show.

Kei Nagai: The main protagonist of the show, Kei is a 17-year-old high school student who dreams of becoming a doctor and living a normal life. He is shown to have no interest in the Ajin-human conflict, and prefers to keep people at an emotional distance. However, his life is completely changed when he becomes the unwitting victim of a deadly traffic accident, but survives the ordeal despite dying. At this point, Kei discovers that he is also an Ajin. Yet, Kei is different from other Ajin since he has the ability to create an extraordinary amount of invisible black matter (IBM), which is the key to the regenerative and offensive capabilities that the the Ajin have.

Satou: The leader of the pro-Ajin anarchist movement, Satou is the main antagonist of the show. Also known as the Hat, Satou is an extremely calm and composed leader, and is well-known among government authorities as the most dangerous Ajin out there. While Satou appears to be a genial old man with a love for video games, he is a master tactician with a sinister plan. Although Satou starts off the pro-Ajin movement with promises to build a just world and a better future for the Ajin, he has hidden agendas of his own. Later, it is revealed that Satou started the movement to gather an army of Ajin under his command and use it to take over Japan from the humans. Satou is also shown to be an extremely violent man who takes sadistic pleasure in inflicting pain on others, be it human or Ajin.

Kaito: While not a main character in the show, Kaito is quite important to the plot of Ajin: Demi-Human. Kaito is a close friend of Kei and when the government comes to know about the latter’s identity, Kaito risks his future to save Kei from getting captured. Later, when the government finds out, Kaito is imprisoned for helping Kei escape.

Kou Nakano: Another important supporting character, Kou is also an Ajin and becomes Kei’s partner. Along with Kei, he also has the intention of foiling Satou’s nefarious schemes. However, unlike the emotionally detached Kei, Kou is shown to be someone who genuinely values friendships. He is also shown to be quite selfless, and often puts himself at harm’s way to prevent any harm from befalling his friends. Yet, Kou isn’t the smartest person on the battlefield, and relies mostly on Kei’s planning during combat operations.