The 2017 movie ‘Hangman’ is mind-twisting crime thriller starring Al Pacino, Karl Urban, and Brittany Snow. The film, with its murder mystery plotting, keeps you guessing throughout its runtime. Since the movie’s storyline is very convoluted, it can be hard for a viewer to keep up with all of its plot points, especially its final revelations. So here’s an explainer for everything that goes on in the movie.

‘Hangman’ begins with the introduction of a retired police detective Archer (Al Pacino). While Archer hates being away from his job, Detective Ruiney (Karl Urban), Archer’s old ally, gets involved in a brutal serial-murder investigation. At every site of this suspected serial killing, an alphabet is etched out on the chest of the victims. Also, all of them are killed around 11:00 every night. The killer also leaves a drawing of a hangman game on the wall, filling out a new blank on the game with each murder. When Ruiney investigates the first murder site, he finds two badge codes etched out on a desk—one happens to be his own and the other of Archer. This pulls Archer back into the world of crime-solving and the two detectives join forces to track down this killer.

With each murder, the detectives start noticing that the killer intentionally leaves clues for them. All of this makes it pretty apparent that the killer has something personal to settle with the two. His twisted clues lead the detectives to his next murder in line. But to their dismay, every time they arrive at the hinted crime scenes, the killer manages to stay one step ahead of them. As a result, the detectives helplessly watch all of his victims die. In the chaos of these murders, Detective Ruiney is able to recall that the site of the first murder victim had two alphabets etched on the wall instead of one. Considering this, he deduces that the murderer had previously killed someone else before the presumed first victim.

Throughout the movie, it is also foreshadowed that Ruiney’s wife was also murdered a few years ago, and the case remained unsolved. When Archer later takes a closer look at the Ruiney’s wife’s case, he realizes that she was the first victim of the murderer. This explains why the hangman on the first crime scene had two letters and not one.

The Ending: Who is the Killer? 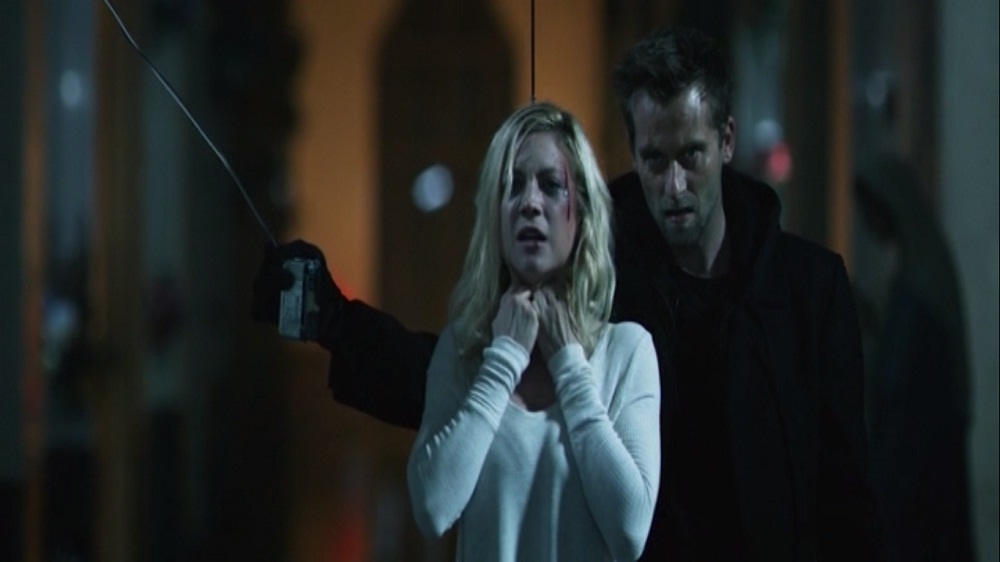 In the final moments of the film, Christi, a reporter who was helping the two detectives solve the case, gets abducted by the killer. When the detectives look around her home for clues, Archer finds a pendant that harkens back to the prologue of the film. Using this pendant, he is able to deduce who the killer is. Although he does not explain this, he figures out the location of the killer through this and reaches there before Christi gets killed. This is when the movie reveals a flashback in which a younger version of Archer walks into a home and finds a man hanging with a noose wrapped around his neck. In the corner, he spots a little boy, sitting there all disturbed by his father’s suicide.

This flashback reveals that the killer is the young boy whose father had committed suicide. In the flashback, one can also see an eviction notice lying on the floor of the home. This explains that the boy’s father had killed himself after receiving an eviction notice. After Archer had left the boy behind that day, the boy held a grudge against him for not helping him out in any way. Moreover, the trauma of his father’s death and the pain of being thrown out of his childhood home made him the killer that he is.

Also, when it comes to the timeline of the murders, there seems to be a long gap between the first and the ones that followed. This can be explained by recalling the scene where Archer finds a skull pendant in Christi’s home. The pendant was the same as the one that Archer had spotted in the car of a speeding driver in the prologue of the movie. So if you connect the dots here, it becomes pretty evident that the speeding driver was no one but the killer. Back then, he was not a murder suspect but was sent to prison for breaking traffic rules. But since he was in prison, his killing spree was broken right after the first murder. 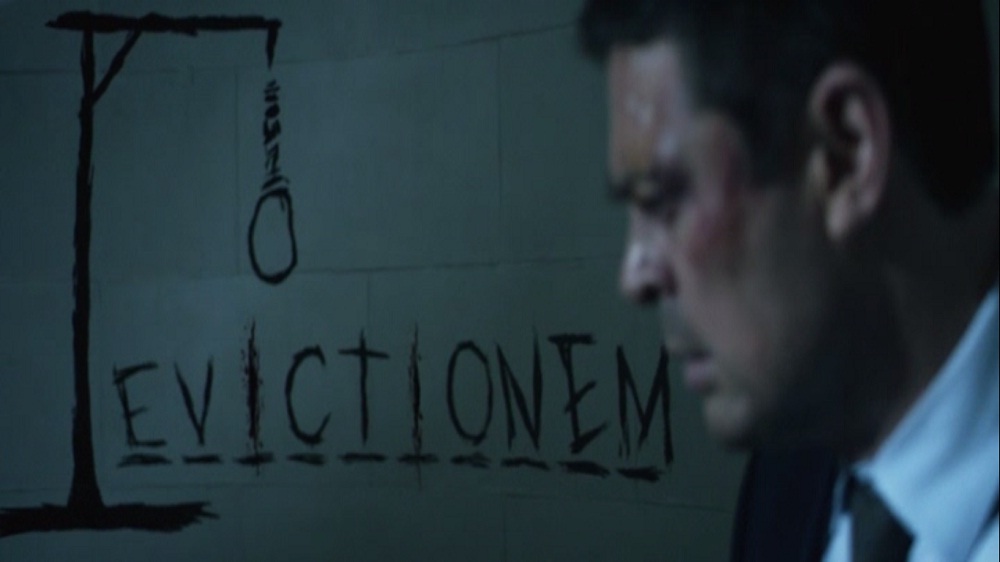 The killer plays this game of hangman just to have a sense of control over his murders, and pretty much like every serial killer, it also becomes his signature. In addition, in the final moments, it is also revealed that the word in the hangman game was “EVICTIONEM.” But what does evictionem mean? Well, it is actually a word of Latin origin and simply translates to “Eviction” in English. The killer used this word for his game hangman because he believed that he was fulfilling his twisted sense of justice by killing people. In his head, he was simply reliving his childhood memory, where his father committed suicide after receiving the eviction notice. And thus, with his childish mindset, he would often scribe the letter of the word on his victims and re-enact his father’s suicide by hanging them on a noose.

The movie also has a cliffhanger where Detective Ruiney receives a small scrap of paper that has another hangman game drawn on it. This hangman seems to have ten letters, with the fourth one being an “A.” Now it’s very likely that this will again be a Latin word, so one cannot surely predict what it is. However, the ending of the movie seemingly suggests that the killer probably had a partner as well. This partner could either be a sibling or just someone who has a similar twisted mindset. We’ll just have to wait for its sequel to find out more.

A Walk to Remember Ending, Explained