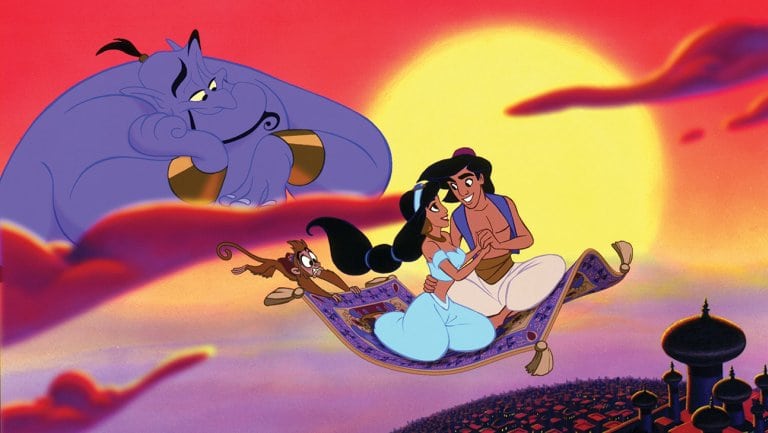 ‘Aladdin’ is an upcoming American musical romantic fantasy adventure film written and directed by Guy Ritchie, co-written by John August and Vanessa Taylor, and produced by Walt Disney Pictures. It is a live-action adaptation of Disney’s 1992 animated film of the same name, which is in turn based on the Arab-style folktale of the same name from ‘One Thousand and One Nights’.

In February 2017, Producer of the movie Dan Lin revealed about casting during an interview, saying that they were looking for a diverse cast and that they would not try “to make Prince of Persia“. A worldwide casting call for the lead roles of Aladdin and Princess Jasmine commenced in March 2017, with principal production set to begin in the UK in July 2017 until January 2018. Finally, it is expected that the movie will have Mena Massoud as Aladdin, Naomi Scott as Princess Jasmine, Will Smith as Genie, Marwan Kenzari as Jafar, Navid Negahban as The Sultan, Nasim Pedrad as Dalia, Billy Magnussen as Prince Anders and Numan Acar as Hakim.

On October 10, 2016, it was announced that Guy Ritchie would direct a live action ‘Aladdin’ film with John August writing the screenplay for Walt Disney Pictures. The studio said that the film would be “an ambitious and nontraditional” take on the tale of Aladdin that would keep much of the musical elements of the original film. On the non-traditional aspect, the studio planned for the film to be told in a nonlinear format.

The movie is expected to tread around the traditional plot from the tale of Aladdin, a common man, who stumbles upon a magic lamp in a cave which gives life to a genie with extraordinary powers. Aladdin then uses it to fulfill his wishes, one of which turns out to be a marriage to the Sultan’s daughter, Princess Jasmine. Aladdin’s adventures which he sets upon due to his possession of the magic lamp form the core of this magnificent and classic tale.

Aladdin is scheduled to be released in 3D and IMAX by Walt Disney Studios Motion Pictures on May 24, 2019.  Principal photography commenced on September 6, 2017 at Longcross Studios in Longcross, Surrey, England. Filming concluded on January 24, 2018.