Alejandro G. Iñárritu Wins the DGA Award, But Can ‘The Revenant’ Win the Best Picture Oscar ? 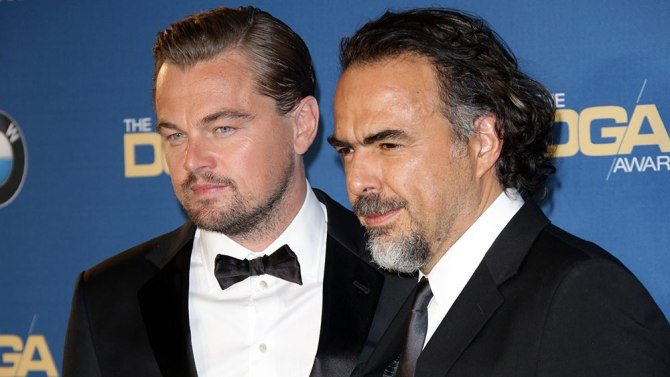 This year’s Oscar race for Best Picture has been one crazy merry-go-round. And the recently announced DGA (Directors Guild of America) Awards only added to that craziness. While everyone including the Oscar pundits were expecting George Miller to win DGA for ‘Mad Max: Fury Road’, the ones who matter, the directors in the guild, decided to give it to Alejandro G. Iñárritu — who had already won it last year for ‘Birdman’. In the 67 years of DGA’s history, no director has ever won back-to-back DGA awards. That should tell you how surprising and unexpected Iñárritu’s win was.

For those who don’t know, the Guild Awards are given —- in the weeks leading up to the Oscars — by people working in the film industry . So, for example, Screen Actors Guild (SAG) consists of actors who together vote for SAG Awards. Similarly, DGA consists of directors (some 15000 of them) who vote for DGA Awards. There are other guilds constituting of members from the same line of work (like Costume Design, Art Direction and so on and so forth). But if you are looking at the Guilds who matter most or in other words the ones who are the most reliable when it comes to predicting the film that will win Best Picture Oscar, they are PGA (Producers Guild of America), DGA and SAG.

Let’s look at last few years’ winners of these three awards and whether they corresponded to Best Picture Oscar wins:

The above list of winners would have given you enough indication why this year it’s so difficult to predict what will win Best Picture Oscar. In the last five years, except for 2013, every year, PGA, DGA and SAG have agreed upon the same film. It is true, they don’t always — like in 2013, or in 2004 when PGA went for The Aviator, SAG went for Sideways and the DGA went for Million Dollar Baby.

So, now the question arises, which out of PGA, DGA or SAG should we trust the most ? If we go by overall stats, of course, DGA turns out to be the most accurate predictor with 81% accuracy. But .. and there is a big but here .. things have changed since 2009, when the Academy decided to introduce a new system to select Best Picture. This new system is called preferential balloting. This method of selecting the winner is different from your usual balloting which picks the winner by counting the most number of No.1 votes. Under preferential balloting, it is not necessary that the film with most No.1 votes will win. And guess who else uses the same preferential balloting to select winners ? …  PGA.

Does that mean, this year’s PGA winner, ‘The Big Short’, is the frontrunner to win Best Picture Oscar ? Mathematically, yes. The question is how much should we trust maths or stats ? The answer is: Always except under unique circumstances — last year, I learned my lesson of not trusting stats. We have already explained what those circumstances are (Read it here) because of which ‘The Big Short’ will have a difficult time winning Best Picture. To reiterate the reasons: first, it is too dense a movie and second, it lacks support from technical branches of the Academy.

Where does that leave us ? Can ‘The Revenant’ win ? To be honest, I don’t know yet. But I do know the Best Picture winner will be between ‘The Revenant’ and ‘Spotlight’. The biggest obstacle against ‘The Revenant’ is Inarritu’s last year’s Oscar win for ‘Birdman’. If he wins Best Picture again this year, he will be the first director ever in Oscars history to win back-to-back Best Picture prizes. Whether the Academy members give this historical achievement any consideration while picking the winner or not, we will have to wait and see. Though the first indication of that will come from BAFTAs, who will declare their awards this Sunday (BAFTA and the Academy share around 600 members). All the top three contenders — ‘The Reveant’, ‘Spotlight’ and ‘The Big Short’ — are competing for Best Film at the BAFTA awards; and my guess is whatever emerges on top should also take home the Best Picture Oscar.

Till then, enjoy one of the tightest ever Oscar races !