Is Alan Bersten Dating Anyone? Who is His Girlfriend? 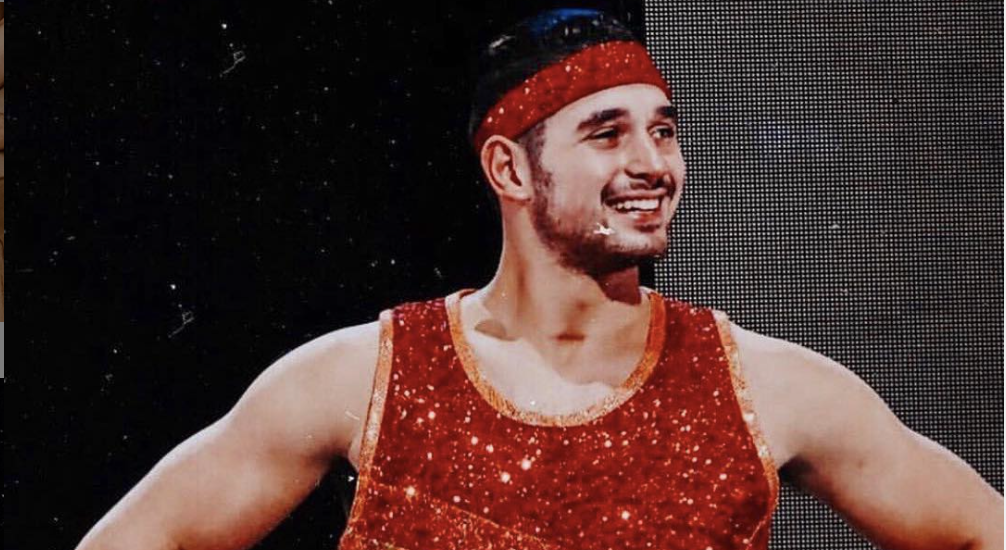 Alan Bersten joined his dream show ‘Dancing with the Stars’ in 2015 as its troupe member. Aided by his passion and in-exhaustive talent, he became a professional dancer and choreographer within two years. In addition to success and fame, he has also come across love and eventual pain on its stage. Nonetheless, his admiration for Latin and ballroom dancing has continued as strongly as ever. But is he in a relationship now? Let us trace his journey to answer that for you!

Alan is only four seasons old on the hit ‘Dancing with the Stars’ show that has been going on for over 15 years. To his merit, the exceptionally talented dancer and choreographer won the coveted Mirrorball Trophy only in his fourth year while he was competing in season 28. His celebrity partner was ‘Bachelorette’ alum Hannah Brown, and the two progressed slowly but steadily to win hearts with their sheer dedication. In an attempt to get over the traumatic experiences and inability to find love on ABC’s famous dating reality show, she came quite close to Alan and began to confide in him.

Where do I start? @hannahbrown words can’t describe the feelings I felt last night. WE DID IT. You never gave up, you always gave me more than I expected ( and I expected a lot) and you really allowed yourself to be vulnerable on that dance floor! You have inspired me Hannah, anything is possible, and I want to thank you for giving me the best season ever! I’m still shocked!!! What could be better than our scream before we dance? Wwwhhooooooo!!! #teamalanbamahannah forever!!! You are the best partner!

Their genuine friendship was speculated to be the start of a beautiful love story, but these rumors were nipped right in the bud. Their rapport has stayed platonic, and the two have remained “great friends” ever since the show wrapped up in 2019. Bersten was also previously linked with his dancing partner Paige VanZant when they were ‘DWTS’ troupe members in 2016. Reportedly, they had taken a liking for each other, but nothing was confirmed by either of them

The dance pro started his journey on season 27 of ‘DWTS’ with the Internet celebrity and model, Alexis Ren. Their impeccable performances exhibited great chemistry right from the start as the pair put in hours of rehearsal every day. It also meant that two attractive people were spending together a minimum of six hours per day, which was bound to grow on them. Ren admitted to precisely that during the sixth week on the show. She told her fans that the secret to their onstage flame lies in their articulate communication not just through their dance moves, but also their “hearts.”

Guys please vote for us! We want to keep dancing for you! I hope you enjoyed our dance! I’m so proud of you @alexisren you kept dancing through it all and you really did incredible!! ❤️ please call 1-800-868-3401 or click the link in my bio and vote online! Thank you guys! #teamrenten

The star did not shy away from openly acknowledging that she was developing feelings for her mentor. But let us not rush into assuming that it was one-sided. Alan was indubitably fearful of putting their comfortable and “amazing journey” in jeopardy, yet he too started falling for her. The following week, he came forward to express that the feelings were mutual, and the pair hit it off. They showcased their budding romance through steamy ballroom dancing and finished the dance competition in fourth place. Alan and Alexis happily left the stage, eager to celebrate their love off-cameras.

Wow that felt like a dream!!!! I’m so proud of you @alexisren i think it’s safe to say I love @disney week!!! Please vote for us! Link and phone number in my bio! Love you guys ❤️🙏🏼

However, things took a turn for the worse as only a couple of weeks later, the two called a time-out on their relationship. While he stayed with his DWTS team in Los Angeles, she went back to Japan. Unable to manage their busy schedules and the long distance between them, the couple called it quits by March 2019. Bersten officially confirmed this by saying he was “done” with his share of hurt resulting from the TV romance. He seems to be implementing his learnings and is not dating anyone currently. Based on his social media accounts, the ‘DWTS’ reigning champion is only focusing on his career right now.