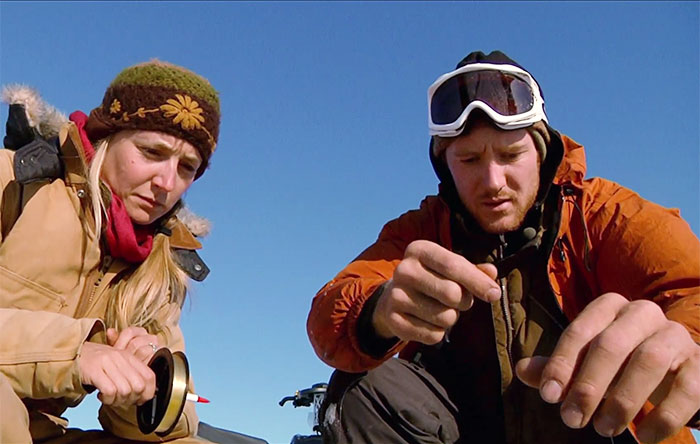 We have sometimes all dreamt of living a life off the grid, have not we? Well, ‘Alaska: The Last Frontier’, Discovery’s adventure series, transforms this imagination into reality. Here, we meet the Kilcher clan who lives in the remotest Alaskan wilderness, devoid of all the basic, modern amenities.

Undoubtedly, because of this unique concept, the show has been appreciated not only by fans but also by critics. What’s more? It has also garnered several awards and multiple Emmy nominations. The docuseries has had nine successful seasons so far. Here’s everything we know about when will Alaska: The Last Frontier season 10 release and what can it be about.

Alaska: The Last Frontier Season 10 Release Date: When will it premiere?

Fans might already know that the series has boasted an incredible run and the stories of the multiple Kilcher members are not over yet. Along with harsh landscape conditions, they also need to tackle some serious personal issues. Hence, we expect that Discovery will soon announce a renewal in the coming months.

Barring season 1, the last eight seasons have all premiered annually in October (except season 7 which landed in September 2017). If renewed and if Discovery follows the aforementioned schedule, we expect Alaska: The Last Frontier season 10 to release sometime in October 2020.

Alaska: The Last Frontier Cast: Who is in it?

Alaska: The Last Frontier focuses on the Kilcher family. The Kilchers comprise the patriarch Atz Kilcher, whose parents were natives of Switzerland and had moved to Alaska way back during the reign of Adolf Hitler. Otto Kilcher is the family rancher while Charlotte Kilcher is his wife. Eivin is Otto and Charlotte’s son.

Joining them is Atz Lee, Atz’s son, and Jane, Atz Lee’s wife. Eve is Eivin’s wife. When season 10 happens, all the Kilcher family members are expected to return.

What is Alaska: The Last Frontier about?

The Last Frontier chronicles the life of four generations of the Kilcher clan who reside in a homestead located outside Homer in Alaska. Their whole land spans across 640 acres and for miles, there’s nothing but wilderness. They survive only on the resources of nature.

Without basic amenities such as running water, they must “hunt, garden, gather, raise and protect livestock, cleverly recycle old-as-new and rely on their innovation in order to survive Alaska’s uncontrollable elements. Always pushed to their limits, the Kilchers both work together as a family and face conflicts between old and young generations” — as described by Discovery.

Season 9 continues to document this journey and focuses on the Kilchers as they tackle some serious personal issues as well. While Atz Lee and Jane Kilcher’s marriage is at a crossroads, Kelli is diagnosed with Multiple Sclerosis. Even Eiven and Eve Kilcher and Otto and Charlotte Kilcher are facing problems in their relationships. Season 10, as and when it happens, should pick up the story from here while following the Kilcher family as they survive in the harsh Alaskan wilderness by sticking together — amidst all the differences.

While we wait for an update on season 10, check out the official sneak peek trailer for season 9 below: