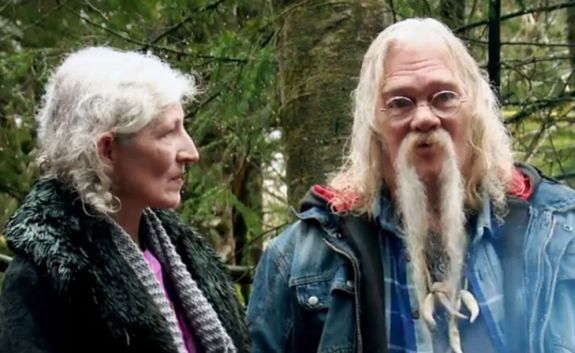 ‘Alaskan Bush People‘ combines the thrills of living outdoors with the excitement of reality television. We follow the Brown family as they try to build their new Browntown, after having moved from Alaska. Although the show has received some flak on account of authenticity, it must be said that the Brown family can keep their viewers hooked with different adventures.

Currently on Season 11, ‘Alaskan Bush People’ has already shown the family facing a plethora of challenges, including a bear that won’t leave them alone, and deadly weather conditions. In fact, the last episode sees some members of the family struggling to incubate an ostrich’s egg, while Bear meets his beau.

Naturally, you might be wondering about what goes down in the most recent episode of ‘Alaskan Bush People’. We have got you covered in that regard, but first, let us walk you through when and where to watch the upcoming episode.

‘Alaskan Bush People’ Season 11 Episode 8 is slated to release on Wednesday, January 29, 2020, at 8 PM ET on the Discovery Channel. It has been titled “Where There’s Water There’s A Way”.

The episode sees the siblings rushing to complete an ambitious water system, while Bear goes on an important hunt which makes him reflect on his life decision. We are also in for some emotions since Billy gets news that shakes the Wolfpack to the core, changing the course of their future.

Since ‘Alaskan Bush People’ is on Discovery Channel, the simplest way to see it is with a cable connection. If you don’t have one, you can always head to Discovery Go and watch the episodes online. Cord cutters are on the rise, and options have been made available to them as well, including DirecTV, FuboTV, and Philo TV. Some of these services offer free trial periods before charging you.

Episode 7 sees the Brown family home come under threat of a fire. Actually, a thunderstorm looms on the horizon, but during fire season, this can easily translate to forest fires and the Brown family does not want to be caught in that situation.

However, living outdoors for so long has made the family members handy. Therefore, they come up with ingenious new fire safety measures. One that seems to be particularly effective is a bush alert system, which hinges on the Brown family knowing preemptively if something has caught fire, allowing them to react or escape before it spreads too much.

Another exciting thing that the family members devise is an ark for animals. Being close to nature means that the members think, not only about themselves but also about the animals nearby. The ark is to help them escape, which brings back the Biblical imagery of Noah helping animals escape the wrath of God’s storm. Accordingly, the episode has been titled “Noah’s Animal Ark”.

Ultimately, the Brown family put the ark to test. The episode is rather filled with action, and the concern is palpable, as the storm approaches. It seems that the Brown family won’t exactly get to experience or enjoy the proverbial calm after the storm, with hard news heading their way next week.

We have to wait and see what lies in store for the central family in the upcoming episodes of ‘Alaskan Bush People’.