When Does Alaskan Bush People Season 11 Premiere on Discovery? 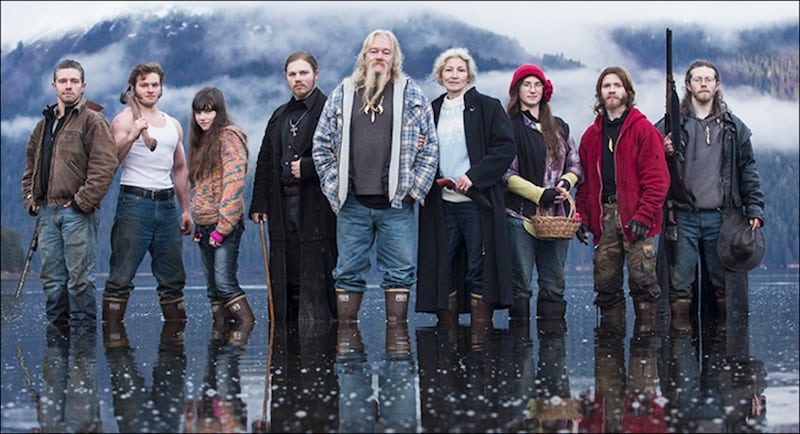 ‘Alaskan Bush People’ is an American reality television show that airs on the Discovery Channel. The series first premiered on May 6, 2014 and follows the Brown family, referred to as a “wolf pack”, as they attempt to survive in the wilderness, detached from modern society.  The show has been filmed on location near Hoonah, Alaska and Chichagof Island, with later seasons filmed on location in Okanogan County, Washington.

The show had to face some serious criticism when many Alaskan locals accused the family of not being real bush people. Despite the criticism that the show has received, the real point that it is trying to make is how a family sticks together through thick and thin. Perhaps that’s the reason why the show has had ten successful seasons so far. Now the question is whether there will be an Alaskan Bush People Season 11? Here’s everything we know.

The main cast of the ‘Alaskan Bush People’ comprises of, of course, the Brown family itself. The family members that star in the series are Billy Brown, who is the father, Ami Brown, the mother, and their children including sons Matt Brown, Bam Bam Brown, Bear Brown, Gabe Brown, Noah Brown, and daughters Birdy and Rain Brown.

If season 11 is commissioned, we expect most, if not all, members of Brown family to be back.

What is Alaskan Bush People About?

‘Alaskan Bush People’ follows the extended Brown family’s life. After their home is seized and burned for being constructed at the wrong location, the family travels from one place to another in Alaska to build temporary shelters. They later establish a new homestead on Chichagof Island. The family starts living so far from civilization that they often go for 6 to 9 months without seeing the outer world. They are so isolated that they have their own dialects and accents. The temperature where they live could go down to as less as  60 degrees below zero.

The series takes us deep into Alaska’s bush and introduces us to a way of living that is unfamiliar and at the same time highly engrossing. We see how Billy Brown, the adventurer, along with his wife Ami and their seven children, try and live life on their own terms. They are distanced from civilization and all comforts that we are used to in modern day society. Viewers are given a peek into the connectivity to nature that comes from living in the heart of the wilderness, as well as the bond that is formed between the family members. Each member has to pull their own weight and the family has to function as a highly efficient and highly coordinated unit in order to survive.

While there have been charges that the challenges of wilderness and the hurdles in everyday living might be scripted, what is not scripted is the way the family sticks together. Even if their actions on the show were not proof enough, the way they rallied around Ami when she was fighting cancer has got to be undoubtedly accepted as evidence of the family’s closeness. If nothing else, the show has been good in teaching lessons on how to self-reliant and self-sufficient.

Read More in TV Preview: All About The Washingtons | Million Pound Menu

What stands out is how the extremes of weather and environment always bring people closer together. The Brown family has forged their bonds under dire circumstances, and this makes them stronger than ever as a unit. For viewers, the sheer survival instinct is a rush as it is something we can all relate to. The rest is all educational, and let us not delude ourselves by denying that the bleak Alaskan landscape that we see in ‘Alaskan Bush People’ has its own beauty and charm.

If the show comes back, season 11 should continue revealing new and interesting things about the Brown family. We hope to see more of how the Brown family face and overcome hurdles, as they continue teaching us tips and tricks of surviving the wilderness, and being handy outdoors.

The show was immediately renewed for a season 11. ‘Alaskan Bush People’ is one of the best performing shows for the network, and since the production of the show does not take long, especially now that it has moved closer to civilization, we expected it to be back with another soon. And so here it is. ‘Alaskan Bush People’ Season 11 is all set to premiere on December 4, 2019.

Check out clips and episodes from previous seasons of the show on its official website.