The Search: Where is Alberto Bazbaz Today?

In recent years, Netflix has grabbed the true-story genre with both hands, consistently presenting some shocking documentaries and thrillers based on true stories. Such productions regularly make viewers drop their jaws, proving the fact that the truth is indeed stranger than fiction. ‘The Search‘ is a Spanish-language drama from Mexico based on a shocking true story.

The show is titled ‘La Busqueda’ in Spanish and works like a “slow burn shocker.” To be clearer, it meditatively exposes high levels of institutional corruption in Mexico and how that leads to the bungling of an investigation revolving around the disappearance of a four-year-old girl. The case is based on the true story of the disappearance and death of Paulette Gebara Farah. An integral character on the show is Alberto Bazbaz Sacal. He is played by Dario Yazbek of ‘La Casa de las Flores‘ fame. Several viewers would have wondered whether he is based on an actual person. If so, who is Bazbaz in real life? Where is he now? 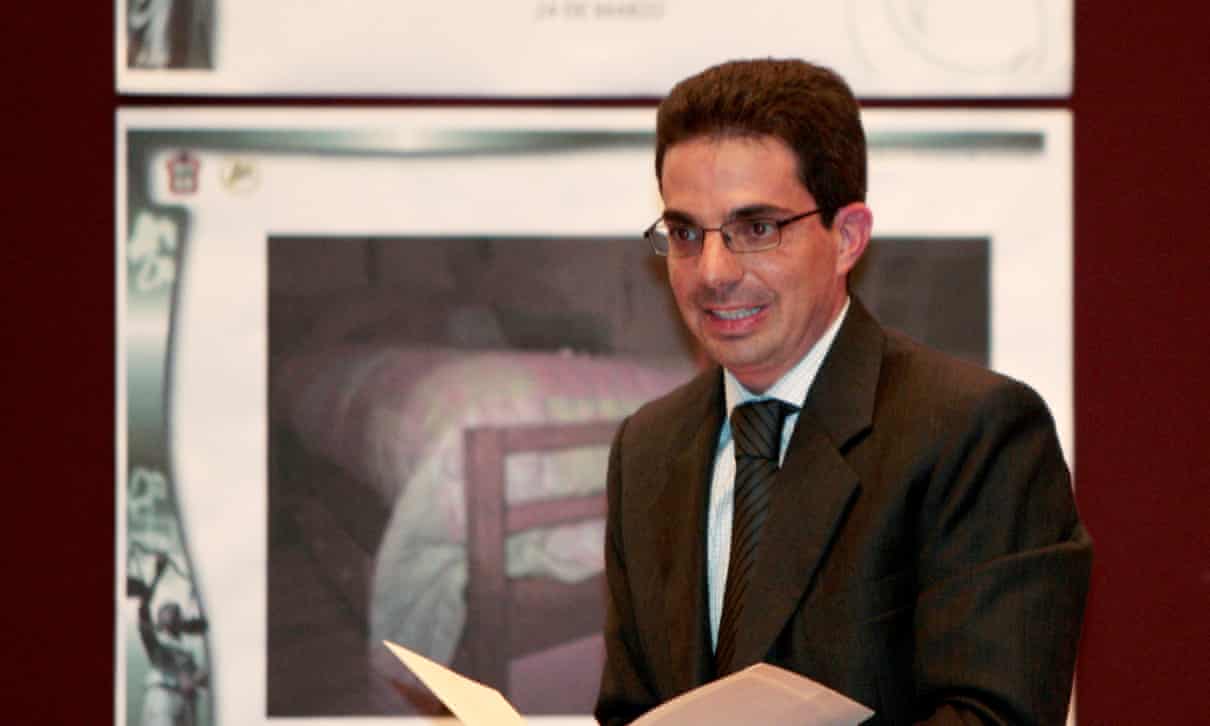 Alberto Bazbaz Sacal was the Attorney General of the State of Mexico when Paulette was found to have disappeared and subsequently died, in 2010. He graduated with a law degree from Universidad Anáhuac. Bazbaz also taught Criminal Law and Procedural Law at the same university for eleven years.

Bazbaz became infamous for poorly handling the case. He is reported to be close to then governor of the state of Mexico, Enrique Peña Nieto, who would later become the President of Mexico between 2012 and 2018. Paulette’s grandfather was a close friend of Nieto and that largely contributed to the investigation being partial. Moreover, Bazbaz was also reported to have been close to Paulette’s father, Mauricio Gebara.

His proximity to Mauricio and the political ties of Paulette’s grandfather led him to impartially accuse Lizette (Paulette’s mother) of murdering the four-year-old girl. Bazbaz would go on to close the case by reporting Paulette’s death to have been a result of an accident, despite multiple loopholes. This led to public sentiment turning sour against Bazbaz. Thus, he resigned shortly after the closing of the case. However, his political career was far from over.

Thanks to his ties to Nieto, Bazbaz was given the opportunity to lead the finance ministry’s intelligence unit in 2012. “Analysts say that during Bazbaz’s leadership of the financial intelligence unit, Mexico failed to make progress tracking down the fortunes of the country’s drug cartel,” reported The Guardian.

In 2018, Bazbaz was appointed to be the head of Cisen, Mexico’s intelligence agency, much to the dismay of the public. One of the most recent developments surrounding Bazbaz is another accusation against him. He was apparently involved in a massive network that spied on over 300 politicians belonging to Nieto’s opposition. Along with Alfredo Castillo Cervantes, this network was reportedly used for a sophisticated mechanism of extortion and blackmail. Although the charges against the two have not been proven, a full account of their shocking accusations was reported by Salvador Garcia Soto. Unfortunately, there hasn’t been any information regarding his whereabouts after this point.