Alex and Sibrena Geraldino’s NJ Soccer From I Quit: Everything We Know 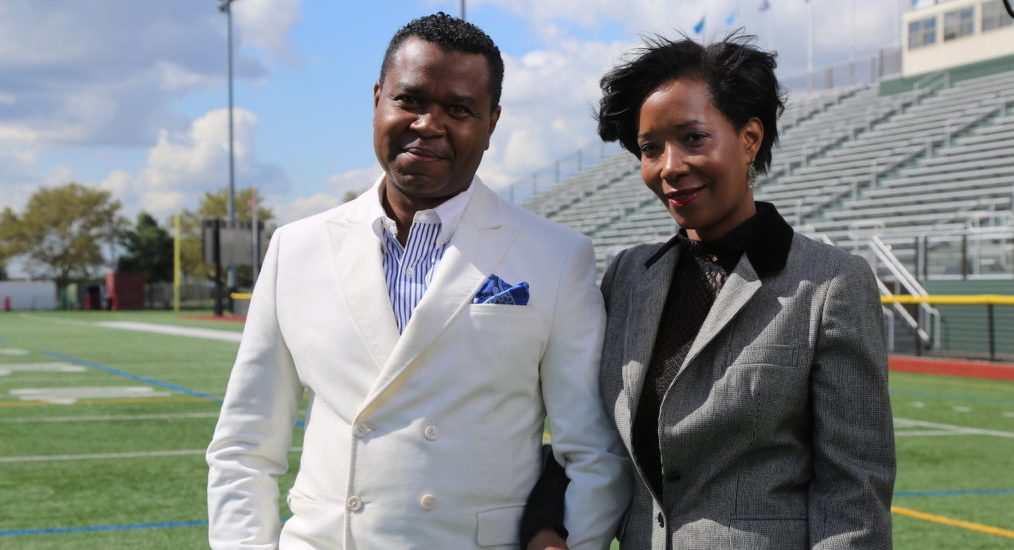 ‘I Quit’ is Discovery Channel’s new reality TV show that will focus on six entrepreneurs who have quit the regular 9-5 grind in pursuit of their lifelong dreams. The show will also feature three industry giants as mentors who will provide expert advice while the budding entrepreneurs try to navigate the challenges of owning a start-up. The mentors are Shopify COO Harley Finkelstein, WP Narrative_ CEO Tricia Clarke-Stone, and GoldieBlox Founder & CEO Debbie Sterling.

Among the new business owners featured in the first season of ‘I Quit’ are New Jersey’s Alex Geraldino and Sibrena Stowe-Geraldino. This husband and wife duo quit their day jobs and invested all their savings to achieve their ultimate dream of owning a sports team. Here’s all we know about them.

Who Are Alex and Sibrena?

Together, we break down barriers, push open closed doors, We’re 2 half’s that make 1 complete whole. We compliment 1 another, we complete 1 another. I got his back & he has mine. If I don’t like u, neither will he-family excluded🤷🏽‍♀️ If he doesn’t like u, ur the problem. Very rarely will U see 1 w/out the other S͜͡w͜͡i͜͡p͜͡e͜͡ Some1 recently asked @alexsigeraldino “What do u think about ur wife the business woman? Alex said, “We’ll obvy she’s beautiful but she’s ruthless in business!” That‘s the BEST compliment EVER! S͜͡w͜͡i͜͡p͜͡e͜͡ Just 2 yrs ago, I couldn’t walk due 2 a chronic illness & couldn‘t wear my heels. My shoes size grew from a 7 2N 8 on 1 foot -imagine buying 2 pairs of shoes in each size!During this time I wasn’t invited out since I could no longer write abt certain people’s events nor help them out by support in purchasing their show tix, etc. Some artist(s) had the nerve 2ask me, “why haven’t I supported their endeavors, shows… I found this odd since I supported them my way, purchasing their albums or bought bday gifts… They never asked, “Is everything alright w/ you, I haven’t seen U out lately?” I’m so thankful that happened-God kindly removed them from my view🙌🏽 The 1’s who were consistently consistent were family, long time friends. My guy had my front, back from the foot up to my head. When u have ❤️, b good 2them, 💗 them & keep them close. I’ve actually living my #bestlife so thanks for the twendeled invites 😹 #winning #focused N as my Mom would say, “damn the rest!” #betonyourself #husbandwife #entrepreneurlife #entrepreneurship #soccer #football #soccerteam #bossbabe #success #successmindset #create #content #contentcreator #influencer #sport #womeninsports #workethics #powercouple

Alexsi (better known as Alex) Geraldino is a federal government procurement officer and a USA Boxing referee. He is also a former cornerback with Pro NFL’s European Division. Alex also works as a sports agent. Most importantly, he is the president and general manager of the New Jersey Teamsters Football Club.

Sibrena Stowe-Geraldino, his wife, is a veteran publicist in the media and entertainment industry and has handled PR for numerous well-known singers, rappers, and other high profile individuals. She used to be the proprietor of her own media firm in New York City until March 2020, which is when she chose to quit PR and media in favor of soccer and became the first-ever African-American woman to own a soccer team in the United States. Sibrena is the CEO of the New Jersey Teamsters Football Club. Their team is based out of Bayonne, New Jersey and plays home matches at Don Ahern Veterans Stadium.

Apparently, Alex used up most of his life’s savings to buy the semi-pro soccer team in 2017 and he did that without even telling his wife at first! ‘I Quit’ covers their challenges and learnings as a start-up, and some disagreements along the way. But Sibrena ultimately chooses to give her whole-hearted support to their shared dream, even switching careers to become the team’s CEO.

In early 2020, the team went pro but they couldn’t hold tryouts till August as the football season went on a hiatus due to the Coronavirus pandemic. The NJ Teamsters are due to start playing pro league in the tier three National Independent Soccer Association when football season resumes next spring.

The couple has hired Jersey City native Javier Romero as head coach and they hope to commence training camp in September once the players are selected. Alex has reportedly claimed that they have had to sort through hundreds of applicants from college and semi-pro levels aiming to participate in tryouts. Alex and Sibrena’s vision is to create a team that is culturally diverse and promotes inclusivity, aside from having the obvious goal of achieving excellence in sports and finding national and international recognition in soccer.