Where is Alexa and Katie Filmed? 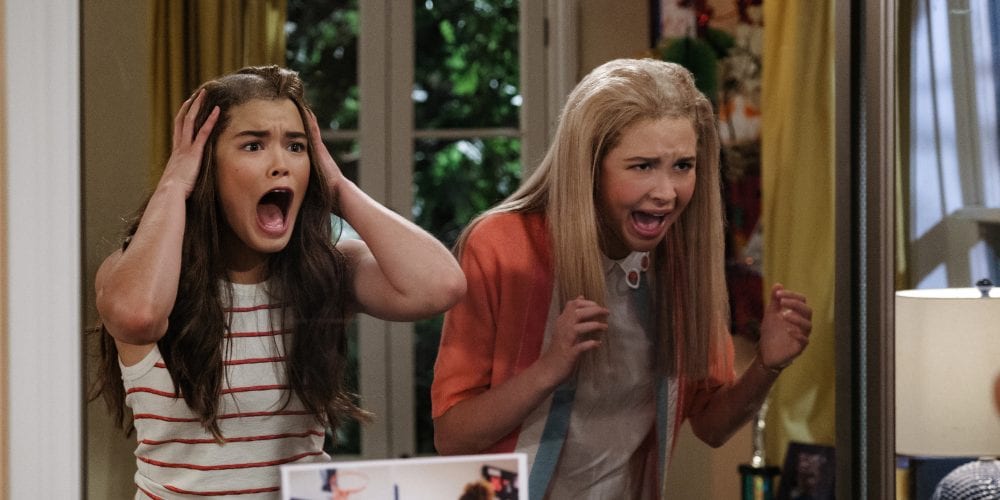 Sitcoms are often criticized for glossing over important issues that should be spoken about. They are also criticized for being one-dimensional and shallow. However, it is the warmth and positivity of sitcoms that often prove to be extremely re-affirming in life’s beauties for several people. Netflix’s ‘Alexa & Katie‘ is one sitcom that aims to make use of those powers of the genre in order to present an optimistic story.

The series revolves around two titular protagonists. Both of them are depicted to be entering the freshman year of high school at the start of the show. However, Alexa finds out that she has cancer. Being a true friend, Katie trims her hair off rather pre-meditatively before Alexa could tell her that she doesn’t want her to do so. This makes the two leading ladies feel as if they do not fit in. Then, Alexa and Katie navigate the regular high-school woes involving romance, growing up, and everything in the middle.

The role of Alexa is played by Paris Berelc. She is best known for starring in the shows, ‘Mighty Med’ and ‘Lab Rats: Elite Force.’ The character of Katie, on the other hand, is essayed by Isabel May. May gained prominence for playing Veronica Duncan in ‘Young Sheldon.’ Other cast members include Jolie Jenkins who plays Katie’s mother, Emery Kelly who plays Alexa’s brother, and Eddie Shin who plays Alexa’s father.

As stated earlier, ‘Alexa & Katie’ is a sitcom. Like all sitcoms, it is set in the same set of locations that appear frequently on the show. These locations include the high school that the characters go to and both the characters’ houses. The Netflix original is set in a Virginian town called Wellard. Hence, it is natural for viewers to wonder where the show is filmed. Is it filmed in Virginia?

Firstly, ‘Alexa & Katie’ is set in a fictional town. There is no town in Virginia named Wellard. There used to be an unincorporated community with a similar name in the state (Willard), but it doesn’t exist anymore. ‘Alexa & Katie’ is almost entirely filmed in Sunset Bronson Studios in Los Angeles. The production facility has been the filming location for productions like ‘Hannah Montana’ and ‘Good Luck Charlie.’ The show is taped in front of a live studio audience the way traditional sitcoms are. Have a look at these behind-the-scenes photos:

On the set of Alexa & Katie chillin and doin my on-set security / bodyguard work for Ms.Tiffany Amber-Thiessen aka Kelly…

TIS THE SEASON for giving gifts! To celebrate the launch of season 2, we have some special presents for you, our #AlexaAndKatie super fans! 🎁