Are Alexi and Dominique From Baewatch Still Together? 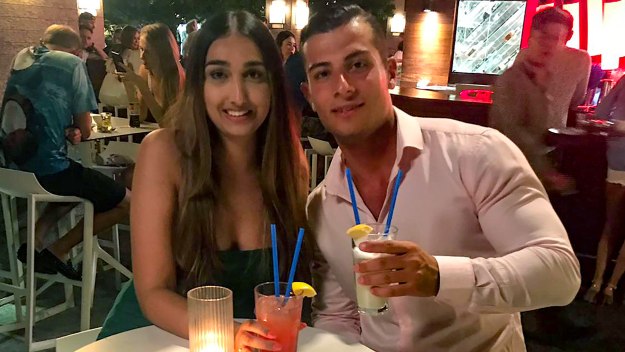 Channel4’s renowned show “Baewatch: Parental Guidance” has set an example for its audience that the interference of the family is not always such a bad thing. Especially for the odd couple, Alexi and Dominique, who had been struggling to make their relationship work. By having their every movement scrutinized by their loved ones, the two gain a new perspective on how to go forward in life. But does it mean they were able to resolve their issues or did they call it quits after the show? Read on to find out the answer!

Introduced through a dating app, Alexi approached Dominique but did not hear back from her for an entire year due to her busy schedule. She was a 22-years-old student when the show was filmed in 2018.  They laughingly dismiss the whole episode and recollect their relationship that has been going on for the past year. Unfortunately, they have not shared a smooth equation and broke it off quite frequently. But for a couple of months, it felt like they were on the same page and finally ready to get on the next step of their journey.

They plan their first holiday together to exclusively spend time with each other. Alexi expresses how excited he is feeling and both happily enjoy the holiday spirit. Soon things seem to go downhill as he gets annoyed after reading some negative comments on Dominique’s phone. He does not give her the chance to explain anything and the two end the night sleeping separately. The next morning he makes up for his insolent behavior by dressing up in his work clothes which is as a naked waiter. She instantly forgives him and the two enjoy some intimate time together.

Butler at your service 🤵🏽

The last episode of the first season ends with Dominique getting his mother’s approval but it does not seem to matter to them both. Alexi realizes that he does not feel emotionally connected to his girlfriend and knows that he has lacked in communicating his inner feelings to her. Dominique agrees with her brother’s opinion and accepts that she deserves someone better than her current boyfriend.

Are Alexi and Dominique Still Together?

One can see the cracks showing in the show itself. It seems highly improbable that both of them want to make it work. So it does not come as a surprise that Alexi and Dominique are not together. As a matter of fact, he never posted a single picture on his social media account even before he got on “Baewatch: Parental Guidance”, as pointed out by his mother’s best friend, Tracy. As was obvious on the screen, their personalities were poles apart and it hardly seemed that they had any chemistry between them. Also, a huge communication gap lingered, mostly from Dominique’s side.

she remembered who she was and the game changed.

Even Dominique has wiped off all traces of Alexi from her social media account and has seemed to indulge herself completely in her work. She got cast on another show “Flinch” which is now available on Netflix. Alexi has also leaped in his career as he has been one of the contestants on “Love Island” 2020.

Casa no mor 😂. I’ll try not to make this a Winston Churchill speech but I just want to say thank you to @loveisland and everyone at itv for giving me this amazing opportunity I feel blessed to have had this once in a life time experience. I was true to myself in the villa and know there was nothing more I could of done… it is what it is. Thank you to all my family/ friends who have been 100% supporting me on my journey and while I was in the villa ❤️ since I have been back the support on social media has been incredible and nothing but love I really appreciate it 🙏 this is just the beginning I am excited for what the future holds. #loveisland #winterloveisland #southafrica #casaamor #casanomore

Read More: Are Mike and Pia from Baewatch Still Together?