Who is Alice Macray of Mrs. America? 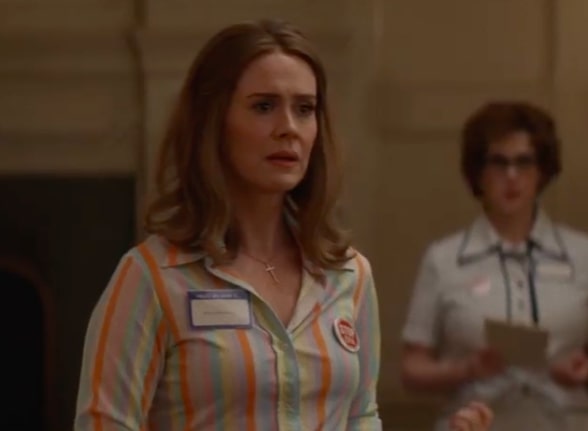 Hulu miniseries, ‘Mrs. America’ takes us back in time to one of the feminist political movements that struggled to find its ground on a consensual base from all women. The series, which is based on popular real-life personalities like Phyllis Schlafly and Gloria Steinem, tries to portray two ends of a spectrum. It aims to give a detailed perspective regarding an opinion that may not find much backing today. However, it also focuses on the progressive stance feminism was moving up to. Women’s lives that saw most of its existence strictly under the purview of patriarchy have, over the decades, been struggling to find absolute emancipation. This process, still ongoing, continues to serve as the bedrock for our futuristic ideals.

Alice Macray, played by Sarah Paulson, is a member of Schlafly’s close circle. Paulson continues to deliver an impressive performance as she did with ‘American Horror Story’ and ‘The People v. O. J. Simpson: American Crime Story.’ In ‘Mrs. America’, she plays the role of Alice Macray, who is a devoted friend to Phyllis Schlafly. She helps her out in brainstorming ideas and strategies they can use to overturn the growing momentum of the ERA (Equal Rights Amendment).

Is Alice Macray Based on a Real Person?

No, Alice Macray is not a real person. However, that being said, it is also important to know that Alice Macray’s character is inspired by one of Schlafly’s neighbors. In an interview on Extratv, Paulson talks about Macray being a composite character from the time period. She said: “…Alice is a composite character sort of based on a neighbor of Phyllis Schlafly, who was a good friend of hers, but she’s a mix and amalgamation of many women from that time period.”

This makes sense, considering Alice embodies the fundamental values and morals of a devout Christian and mother in the series. Considering the show is based in the heart of the 1970s, the implicit values of society hold a mirror to its response to such movements that were gaining popularity at that time period.

Alice Macray, in many sense of the word, is a depiction of the phrase, ‘an ideal woman.’ Raised in a southern state with conservative Christian values, she sees her worth as a homemaker and a mother. Even in the first episode of the series, she is anxious about ERA because she believes that it will degrade the privilege that women enjoy in society. Her definition of privilege is rights to alimony and keeping her husband stay in the marriage. In the world where she comes from, her status in society comes from her marriage. This is not at all surprising, considering this is how patriarchy attributes its value to women.

At many junctures in the series, we can see how she is a tad bit and maybe even more jealous of the position Schlafly holds in the community. Alice cannot imagine herself to rise to such a level where she can look at a random man in the eye and talk about what she feels is right. Alice talks about how her father, husband, son, and priest are the only men she has really spoken to. Though Schlafly is all about maintaining conservative values, she is not short on confidence, which is clearly something that Alice struggles with due to the lack of exposure as a married woman coming from a conservative family. 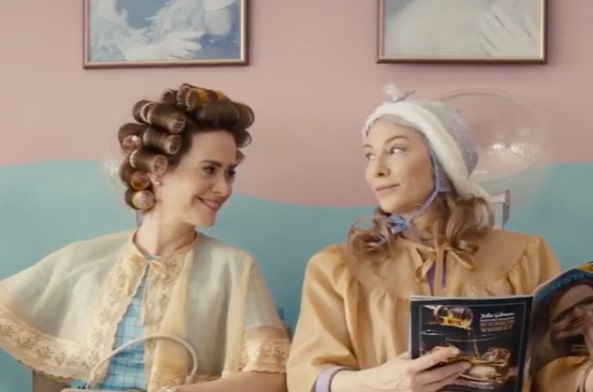 Alice cannot fathom how Steinem wasn’t married and believes that feminism means hating men. This idea was so prevalent that to this generation, it holds true. The misinterpreted notion of feminists as ‘man-haters’ has always been an iconic response. Patriarchy has left many women like Alice to be complacent about their value in society. She doesn’t seem to be at the receiving end of a very appreciating husband; however, she knows that she cannot hold her head high if it isn’t for her marriage. Being a divorced woman is something she cannot even begin to imagine.

In more ways than one, Alice is a metaphor for all the women who think that their value in society comes through their marriage, family, and children and mostly only that. It is essential to understand that while it may seem negligent right now, such beliefs are hard to shake off, especially when it has been the norm for almost all of our past generations. The liberation of the mind is a slow and ongoing process. The series captures it quite well through a character like Alice.