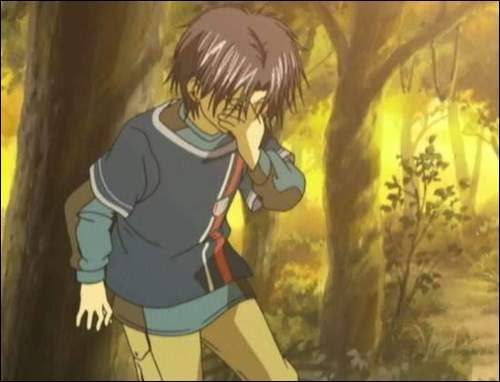 Alice or Alice (also known as Arisu or Arisu: Siscon Nii-san to Futago no Imōto in Japanese) is a slice of life anime television series which is based on a manga series of the same name. Written and illustrated by Riko Korie, the manga series began serialization in the Comic Cune manga magazine on September 27, 2013 and new chapters are being published even to this day. Years later, a Japanese anime studio called EMT Squared announced plans to adapt the manga series into an anime television series and Season 1 of Alice or Alice premiered on April 4, 2018, almost five years after the initial publication of the manga series. While it was not adjudged to be a show of the highest quality, it still managed to impress fans of the manga series and newcomers alike. Unsurprisingly, since the conclusion of Season 1, fans have been eagerly waiting to hear news on a second season. Here’s everything we know about Season 2 of Alice or Alice thus far.

Season 1 of Alice or Alice, consisting of 12 three-minute episodes, premiered on April 4, 2018 and ran till June 20 of the same year. However, in the time that has elapsed since then, a second season has not been announced.

That being said, there’s no reason to get worried just yet if you’re looking forward to a second season of the show. Anime shows are typically renewed within a period of five years and hence there’s plenty of time left for EMT Squared to announce a second season. Further, there are other factors which are in favour of a second season being made. Firstly, since new chapters of the manga series are still being published, there’s no dearth of source material for a second season. Secondly, owing to the short length of each episode, production costs are bound to be low, making the chances of a second season being made even higher. Given these facts, we think that there’s a pretty good chance of Alice or Alice being renewed for a second season. However, the anime industry is an unpredictable one and nothing can be said for certain till EMT Squared makes an official announcement on the future of the show. We’re keeping our ears open for news on Season 2 of Alice or Alice and we’ll update this section as soon as we hear something reliable.

For those who like watching anime shows in English, the bad news is that Alice or Alice does not have an English dub yet. While that’s unfortunate, it doesn’t rule out the chances of an English dub being licensed in the future, especially if the show becomes popular among Western audiences. The good news, on the other hand, is that each episode is just three minutes long and hence, there’s not enough dialogue to warrant an English dub. If you want to watch the show, you can find the original Japanese version with English subtitles on Hidive.

Instead, the show follows the daily lives of a pair of twin sisters and their older brother as they go about their daily activities, get into fights, and spend their childhood as best as they can. Interestingly, the brother is shown to have a sister complex, and this results in much hilarity. In spite of the short episodes, however, Alice or Alice is both a funny and a heart-warming show chronicling the lives of three children.

Rise: The older of the twins, Rise is shown to be an early riser. More level-headed and expressive than her twin sister, Rise is also shown to be rather perverted and often teases her younger sister in a sexually-charged manner. However, she is also extremely caring towards her twin sister and the teasing never goes beyond mild incestuous implications.

Airi: The younger of the twins, Airi appears to adhere to the tsundere character archetype and is cold and distant from both Rise and her older brother – she is introverted and speaks in a flat voice, making it difficult to discern what she’s thinking. In spite of Airi having somewhat of a tsundere personality, she is also shown to be airheaded and scatterbrained. Further, it is hinted that she has feelings for her older brother, and although this is never expressed explicitly, it becomes apparent as Airi blushes at the slightest interaction with her older brother. In typical tsundere fashion, Airi also retaliates by lashing out and being evasive whenever anything pertaining to her feelings surface during a conversation.

Older Brother: The unnamed older brother of the two sisters, he is referred to only as onee-san and nee-chan in the show. Further, it is never revealed whether he is the sisters’ biological brother or step-brother, and this makes the sexual undertones between the three even more tense. In spite of these sexual undertones, he is shown to be a caring and genuinely affectionate person who seems to lack any perverse tendencies. He is also resourceful and adaptable, and helps the girls get through life without hassles.