All American S02 E15: Everything We Know 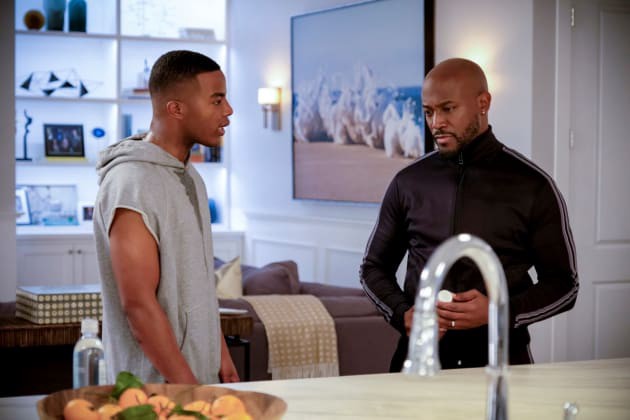 In last week’s episode of All American, we witnessed some major developments in the story. Spencer and Asher both are seen pushing their limits on the field. And as expected, the results are disastrous — the drugs start affecting Asher’s mind while Spencer ends up with another injury. In another serious turn of events, Preach uses a gunman to shoot and kill Tyrone. But Coop ends up being implicated in the crime because she happened to purchase a revolver a few days back.

Inspired by the life of football star Spencer Paysinger, this sports drama tv series is now all geared up to release its next episode. Read on to know everything about the streaming and airing details of ‘All American’ season 2 episode 15.

All American Season 2 Episode 15 Release Date: When Will It Premiere?

The official synopsis for the upcoming episode goes as follows: “Spencer goes against Billy’s wish and goes around him to get what he wants; Olivia and Asher are both guilt-ridden for different reasons when it comes to Billy and the position he now finds himself in; Layla continues to help Coop with her music.”

Where to Watch All American Season 2 Episode 15 Online?

The shooting of Tyrone is the major focus of this week’s episode. Coop is the prime suspect in the incident and Spencer is frustrated that she is not taking the whole scenario seriously enough. He then approaches Layla for help and guidance.

On the other hand, Olivia informs her father Coach Billy that Asher has been taking steroids. When confronted with the same, Asher puts the whole blame on the stress induced by the game. However, he does promise that he will stop taking drugs. But things take a turn for the worse when steroids are found in the changing room and Coach Billy takes the blame on himself.

Meanwhile, Coop and Spencer investigate Tyrone’s murder and find out that the mum of Shawn Scott, a drug dealer and gang member, who had been previously killed by Tyrone, was responsible. Moreover, Coop knew this and was just trying to cover up for the actual killer. When Spencer convinces Coop and takes her to the police station, they learn that Shawn’s mother has already surrendered.