All of My Heart: The Wedding Filming Locations and Cast 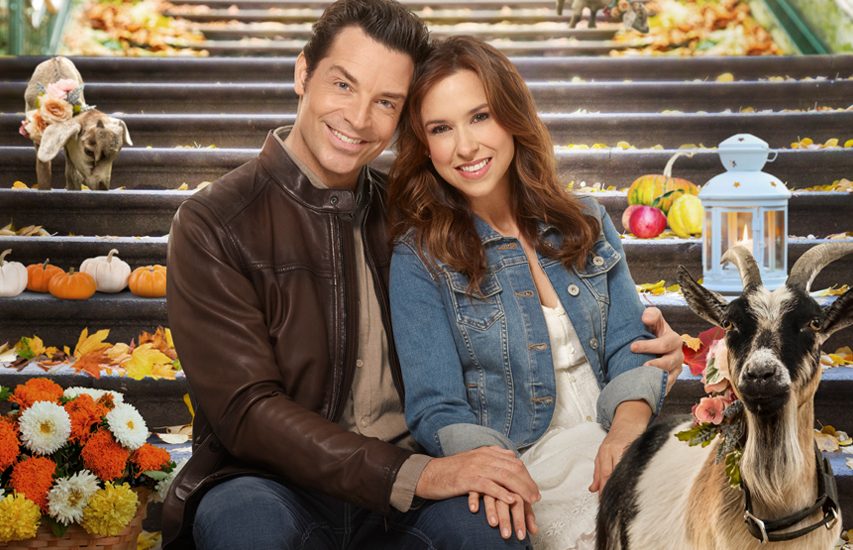 Wedding bells are perhaps the favorite sounds of any romantic. Well, romcoms know that since weddings are extremely common for the genre. There is something about two people tying the knot that makes a third person yearn for love. That is the reason so many romantic movies are set around characters attending others’ weddings. While the wedding of protagonists generally arrives at the end, ‘All of My Heart: The Wedding’ is a romantic movie that does things differently. The entire movie is set around the central characters’ wedding!

‘All of My Heart: The Wedding’ picks up the story from its previous two movies. Being the third film, it once again revolves around the characters of Jenny and Brian. This time, they are finally getting married, at Emily’s Country Inn! All their guests are here and the preparations have been made. However, one of Emily’s relatives interrupts the scene, staking her claim to the house. Now the couple finds themselves in a financial fix as they try to raise enough money. Their final leg before being a happy couple is one that they will have to fight to win over. Will they be able to do it? Or will their match-made-in-heaven perish to external circumstances? There is only one way to find out!

‘All of My Heart: The Wedding’ is a Hallmark production. It proves to be yet another addition to the network’s long list of optimistic, candy-coated romance tales. Each movie has enough power to lift even the dullest of spirits to dancing heights, from the comfort of their couch.

All of My Heart: The Wedding Filming Locations

‘All of My Heart: The Wedding’ is a movie that is set around a wedding. The wedding takes place in the countryside. Hence, Hallmark captures its characteristic small-town charm once again. It is natural for viewers to wonder where the movie was filmed. Was it actually filmed in the countryside?

“All of My Heart: The Wedding’ is a project that was also filmed in Canada, like most Hallmark productions. Canada proves to be perfect since it offers some truly spectacular locales for stories set in small towns. Next, it also offers lucrative tax credits for productions that opt to film in the country. This helps producers cut down on their production costs significantly while aiding the diversification of the local economy.

‘All of My Heart: The Wedding’ was mostly shot in Abbotsford in British Columbia. However, that is not all. Filming was also carried out in Delta and Ladner. Clayburn Village Store & Tea Shop in Clayburn Village, Abbotsford was used to depict the general store in the film.

Happy Easter Weekend!!!!Thank you for all the online orders and we hope that you all have a fantastic Easter. We need…

All of My Heart: The Wedding Cast: Who is in it?

The cast of ‘All Of My Heart: The Wedding’ is led by Lacey Chabert. She reprises her role as Jenny. Some of the other productions that she has been a part of include ‘Mean Girls,’ and ‘Lost in Space.’ The character of Brian, on the other hand, is essayed by Brennan Elliott. Other cast members include Pauline Egan, Heather Doerksen, Daniel Cudmore, and Edward Asner.