Will There be an All on The Line Season 2? 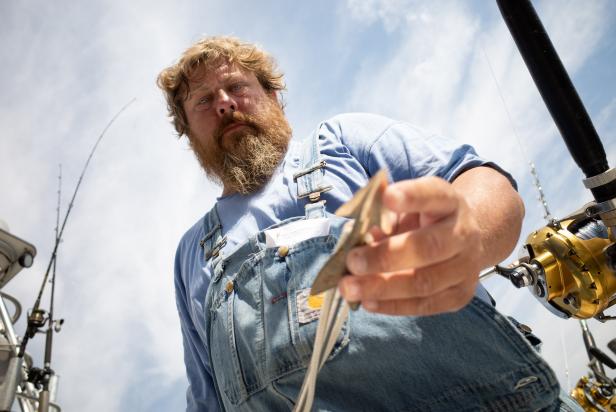 After the super-hit ‘Deadliest Catch‘ franchise, ‘All on the Line’ is another high-seas reality adventure series that airs on Discovery. In this ultimate battle between man and the underwater beast (i.e the massive Atlantic Bluefin Tuna), we get to follow daring fishermen families in their struggle for survival. Its first season, which landed in May 2020, has unfortunately come to an end. If you are wondering about whether there will a follow-up edition, we have you covered!

All on The Line Season 2 Release Date

‘All on the Line’ season 1 premiered on May 22, 2020, at 9 pm ET/PT on Discovery Channel. It ended with its 4th episode on June 30, 2020. You can also watch the episodes on the Discovery Go app. Shows about braving the high seas have always been successful on the channel. And it was no surprise when ‘All on the Line’ managed to attract viewers as well. Therefore, Discovery should order another season soon. Whenever that happens, ‘All on the Line’ season 2 should premiere sometime in Summer 2021.

All on The Line Season 2 Cast: Who Can be in it?

‘All on the Line’ focuses on the crew aboard two fishing boats, ‘Julia Nicole’ and ‘Subdivider.’ The groups on both these vessels share an uncommon bond, something that is rare in a market packed with fierce, cutthroat, competition. The ‘Subdivider’ is helmed by the legendary fisherman, Johnny Johnson. He has a crew of the finest fishermen and he was a part of the Grateful Dead road crew in the early 80s. Prior to settling in Hawaii and launching yellowfin tuna fishing, he had toured the world.

Johnny’s father holds the world record for the biggest catfish and he wants to follow his dad’s footsteps. He said: “One day I’m going to get a world record of my own by catching a fifteen hundred pounder. It’s out there somewhere, and it’s got my name on it.” He is also known for helping others in order to preserve his community and its tradition. On the ‘Julia Nicole’, we have the multigenerational family, comprising Dan Smith Sr. He wants to transfer the familial legacy to his 18-year old son, Danny Jr., a hockey jock at high school. If Jr. is unable to prove his worth, it means the end of the family business, that has run for three generations now. In season 2, we expect both of the above crews to make their returns.

What Can All on The Line Season 2 be About?

The events of ‘All on the Line’ are set in the late Atlantic Bluefin Tuna season in the legendary fishing town of Gloucester, Massachusetts. Although most of the boats are no longer working for the season, two crews are in search of the monster tuna to secure their families for the winter. With the weather worsening and the fish getting bigger, the stakes are higher than ever.

The North Atlantic Bluefin Tuna is one of the most valuable fish in the world. They can grow up to 1000 pounds and since their availability is low, the prices can reach up to $20K for a single catch. This comes with limitations though — one is given a tight quota to avoid overfishing and to promote sustainability. To take home a fortune, fishermen must make the biggest hauls as soon as possible or risk the chance of returning empty-handed. But here’s the thing — each boat is allowed only one catch per day and they must do it the traditional way — reel it through hand!

Of course, season 2 will see the crew embarking on a fresh mission to haul in the maximum number of the lucrative tuna! After all, every fishing season comes with new hopes and promises!