Netflix Review: ‘All the Freckles in the World’ is Harmless Fun 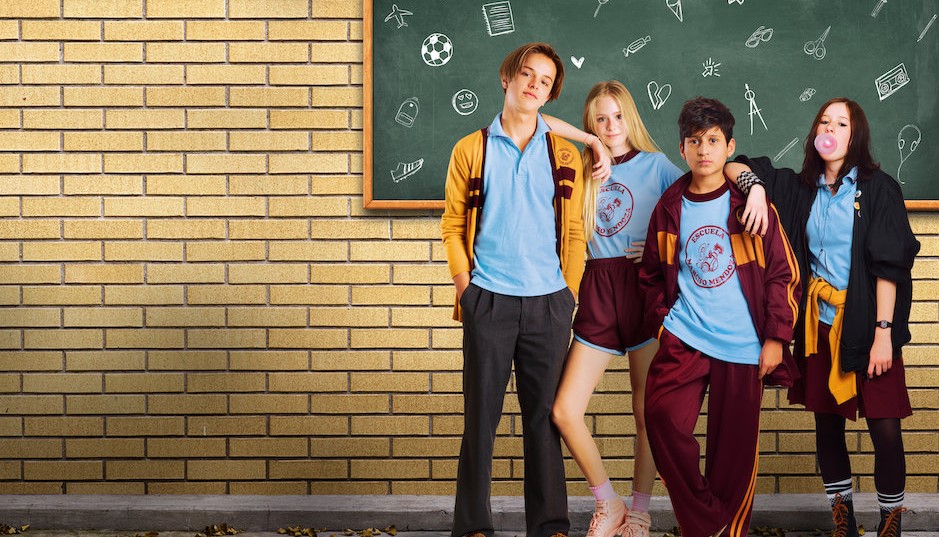 In more ways than one, we’ve all experienced fresh highs and the cruel lows of teenage life. From the anxiety of not knowing what comes next to the peerless stakes of new love, high school is filled with angst and drama. Coming-of-age films often reflect these experiences back on us and for obvious reasons, we find ourselves rooting for their characters—because we see our younger selves.

Netflix’s new quirky Mexican comedy, ‘All the Freckles in the World’, attempts to do the same. Though a little dumbed down at times, it is nimble, bright, funny and most of all, it does not patronize. Directed by Yibran Asuad, ‘All the Freckles in the World’ is quite a pleasant movie for kids and will make adults chuckle as well because of its key ingredient—wit. From the perspective of the painfully sly and pint-sized protagonist, it draws the picture of his foreboding commentary which recalls—for most adults—the ambivalent memories of school. It is, by no means, an original film and probably won’t even clock as many likes and shares as it hoped for. However, it is quite entertaining throughout its bit-sized runtime and brings out the wimpy kid in you.

Set in the year 1994, the film first highlights the end of Carlos Salinas de Gortari’s six-year term and the economic crisis that loomed over the Mexican population. But it soon leaves all of this behind as it kicks off with the tale of a young boy named José Miguel Mota (Hanssel Casillas). Mota is a 13-year-old self-proclaimed inventor, who is about to start high school. As one would expect, being the shortest kid in his class, not everything goes too well for him on the first day.

However, despite his insecurities, he is able to get along well with a girl named Liliana and the eternal reprobate of his class named Milo. Everything seems to be going just fine, but his world comes crashing down when he starts obsessing over the prettiest girl in the school—Cristiana (Loreto Peralta). The girl, who is the yearning of the entire school already has a boyfriend, but Mota is not giving up on her so easily. While everyone doubts him, he does everything he can to make her his girlfriend.

For the most part, ‘All the Freckles in the World’, like every other similar film, runs its gags a bit too long, but it is surprisingly unpredictable in terms of outcomes. In an ideal situation, one would expect the main protagonist of the film to finally be able to date the most popular girl in his school. Or, in another scenario, another typical end to this quirky romantic drama could be just about the main character learning a lesson or two after being rejected by the girl he loves. However, the film very well defies all of these cliches and brings in some unforeseeable twists to its typical storyline.

Moreover, even with its portrayal of a soccer tournament, the film does not forcibly involve any moral themes that revolve around teamwork or anything along those lines. It, instead, boldly portrays how most of its characters are just driven by their shallow teenage emotions. Speaking of the characters, despite being the main character, Milo is not at all likable. He is conceited, judgmental, heavily error-prone and refuses to look at the world from someone else’s perspective. Despite being somewhere in the lower levels of the hierarchy of his school, he decides to take a leap to the top. He also comes off as unfriendly and capricious at times, but it’s these traits that make his character a lot more believable. As for the other characters, they’re all as imperfect as the main character, and the bright young actors who play them, seem professional enough to pep up even the sequences where the story of the film is lackluster.

On the downside, the premise of the film feels unfinished in context with sub-plots that revolve around its secondary protagonists. It tries to break some taboos by highlighting ill-suited relationships that are led by the power figures of the school, but eventually just leaves this part of the story dangling in the middle. Also, towards the end, the events of the film just escalate too soon, which makes its lack of comprehensible narrative elements a bit too evident.

Overall, the film is a short, sharply funny tale that winsomely appeals to a viewer with its wincingly clueless main character, who does eventually learn from the consequences of all the bad choices that he makes. And for all its ridiculousness, and its overly enthusiastic comic excess, it finds its heart at the right place as it positively concludes that heartbreaks, rejections, and all the other teen adversaries shall eventually pass. But its lack of subtlety or nuance just makes it a mere time killer that you can enjoy with your family. Not to mention, its Netflix release is a win-win situation for you and your little ones.

Netflix Review: ‘Ares’ is a Perfect Blend of Mystery and Horror

Netflix Review: ‘A Fall from Grace’ is a Flawed Thriller