Is All Together Now a True Story? 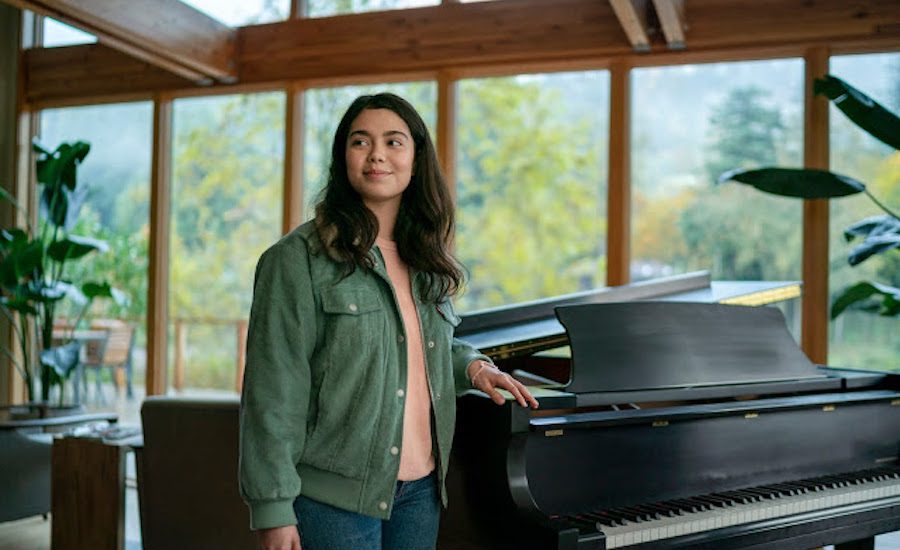 Netflix’s ‘All Together Now’ is a teen drama that focuses on the story of a teenager who is struggling with a lot of problems. She works a lot of odd jobs, sleeps in a bus, and along with all this, also manages to become a well-liked person in school. As time passes by, her problems increase and we see a heart-breaking shift in her perspective about life. This gives a touch of reality to her story, something that everyone can connect with. This also makes us wonder if the film is based on a true story. Here’s all you need to know about ‘All Together Now’.

Is All Together Now based on a true story?

No, ‘All Together Now’ is not based on a true story. It is based on the book ‘Sorta Like A Rock Star’ by Matthew Quick. The book has been adapted for the screen by Marc Basch, Brett Haley, Matthew Quick, and Ol Parker, and has been directed by Brett Haley. If Quick’s name feels familiar to you, it is because another one of his works has been adapted for the screen. Academy Award-winning film ‘Silver Linings Playbook’ is based on a book penned by him.

When it comes to writing, Quick finds young adult literature an exciting genre with the opportunity of presenting all kinds of perspectives and an impeccable growth for the characters, much like it happens in ‘All Together Now’ with Amber. He hadn’t quite liked the idea of being a YA author, but his agent advised him to do so, citing the example of ‘Catcher in the Rye’. Quick considers it the best career advice he ever received.

As for where the stories like ‘All Together Now’ come to him, he uses his own experiences and gives them a fictional twist to make it more accessible for the audience. He uses the term “mask of fiction” to explain how each of his works is an insight into his own psyche but has also been touched by the imaginary characters that start to own the story once they are jotted down on paper. ‘Sorta Like A Rock Star’, like his other novels, is not autobiographical. However, just like his other works, it does get the depth of mental health and dealing with trauma and grief, which he wouldn’t have talked about to anyone before he became a writer. “I think this is what fiction does for all of us — it allows us to work out our real-life quirks without real-life consequences. (Well, maybe with fewer repercussions.) This all happens at the subconscious level, though, so I’m not sure you can really explain or teach it,” he said.

But where do these characters come from? How did he think about a young girl like Amber, with so many difficulties and challenges in her life, and yet she is bright-eyed and optimistic about everything? “I always start with a voice,” Quick said. “When I first hear the voice, I don’t know why my characters speak the way they do, just like when I meet someone for the first time I don’t know her personal backstory. And so I listen to my protagonist and get to know him or her, just like I would listen to a real person. At some point the character will reveal him or herself through action. Their personal conflicts are what create said action, which, in turn, creates plot.”

Read More: Where Was All Together Now Filmed?