All Together Now Ending, Explained 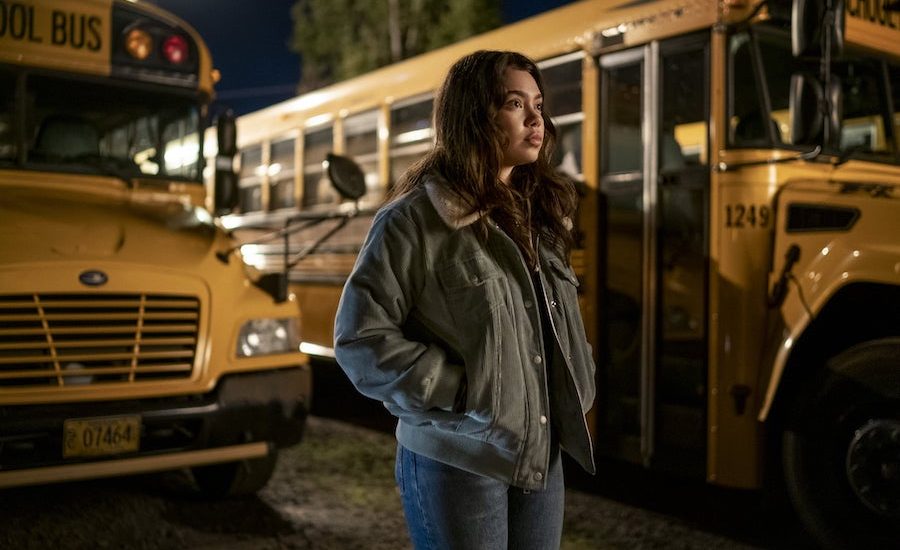 Netflix’s ‘All Together Now’ is a teen drama that focuses on the life of talented young girl who tries to stay positive amid all the bad things happening in her life. The film does away with the popular tropes of teen drama, dumps a lot of cliches along the way, and stresses more on the challenges, wins and, losses of its protagonist. In doing so, it also becomes rather dark and hopeless, but its ending gives us a new reason to hope. If you haven’t seen the film yet, head over to Netflix. SPOILERS AHEAD 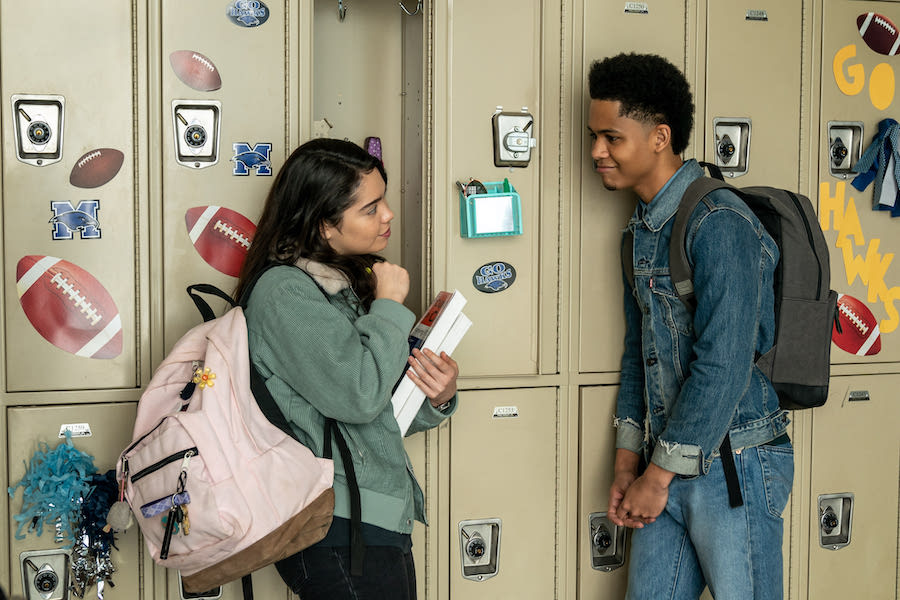 Amber’s life had taken a turn for the worse since her father’s demise. When he passed, she and her mother fell into a spiral where things only seemed to get worse for them. As the situation slipped out of her mother’s hands, they were eventually forced into homelessness, with her mother falling into an abusive relationship. Despite all the difficulties in her life, Amber learned to adapt. She worked hard, studied better, and tried to keep the optimism alive in herself at all costs. But another tragedy makes it difficult for her to sustain her hopeful outlook towards life. 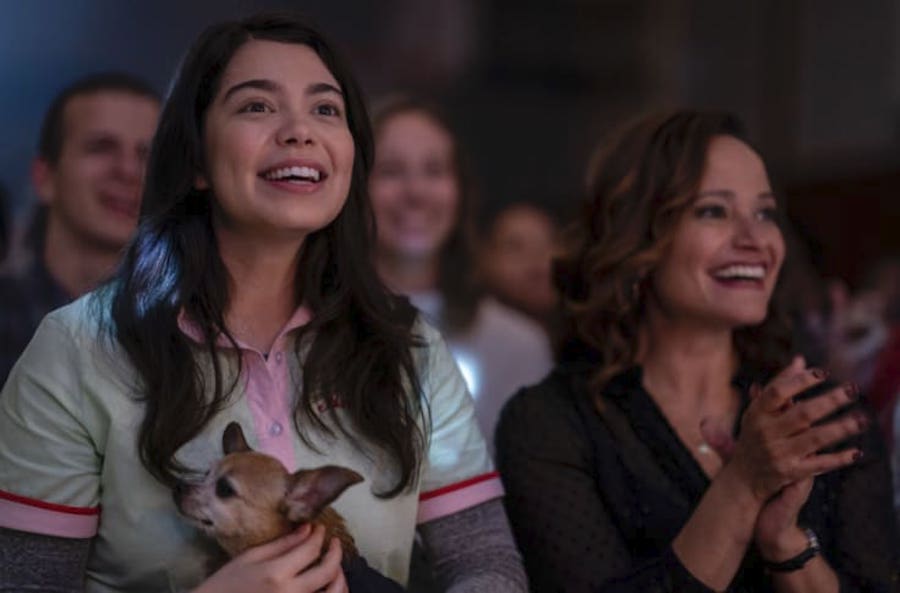 With the death of her mother, everything in Amber’s life loses its meaning. She is eaten away by the guilt of not being there when she was needed, and just when she thought things couldn’t get worse, her dog falls ill. She discovers that her dog has developed a mass inside his body and if not operated in time, it could kill him. In that moment, Amber decides that she will take extra shifts and increase her workload if that’s what it takes for her to get the money for the procedure. This leads to her missing the interview at Carnegie. She starts working seventy hours a week which also means that she has to drop out of school.

The people around her are not insensitive or unaware of her plight. They try to help her in several ways, offering some assistance to make things easier for her. But Amber feels like she has to do it all alone. All this time, she had learned to take responsibility for herself and had become so used to doing things on her own that she never thought she could accept help from others. She is also processing her grief, having lost both of her parents now, and throwing herself into work seems like a good idea to keep her distracted from it. In doing so, she doesn’t realise that she is throwing away what could be a promising future. But the others around her do.

Ty, with the help of others, arranges the Variety Show that they and Amber had been working on. Every year, the proceeds would go to some noble cause, and this time around, Amber’s friends change the cause in her favour. All the proceeds from the show are to go for procedure to save her dog’s life. The whole school comes out in solidarity with her and helps her inch closer to the $8000 mark needed for the job.

The donations reach around $6000, which is a feat in itself, but then an anonymous donation surprises everyone. Someone donates $200,000, which is enough not just for Amber’s dog but also to secure her future, so she doesn’t have to drop school and work odd jobs anymore. It is later that Amber realises that Joan was the one who gave her the money. All this time when Amber had tried to wring a smile out of her through her peculiarities and lame jokes, she didn’t realise that Joan got attached to her in her own way. When she came to know about Amber’s problem, she decided to give her the money because she considered her as her own family.

This generous act from everyone around her makes Amber accept that one shouldn’t have to live alone, caving under the pressure of life all by themselves. Accepting help from others doesn’t make her weak or helpless and focusing on her future doesn’t mean she will have to forget her past. In the end, we see her ready for the interview at Carnegie. Whether or not she gets in is not the point anymore. The fact that she is there is enough to show us that she is ready to face all the challenges and struggles that life will throw at her, and she’ll always have people who will help and support her through it.

All Together Now Review 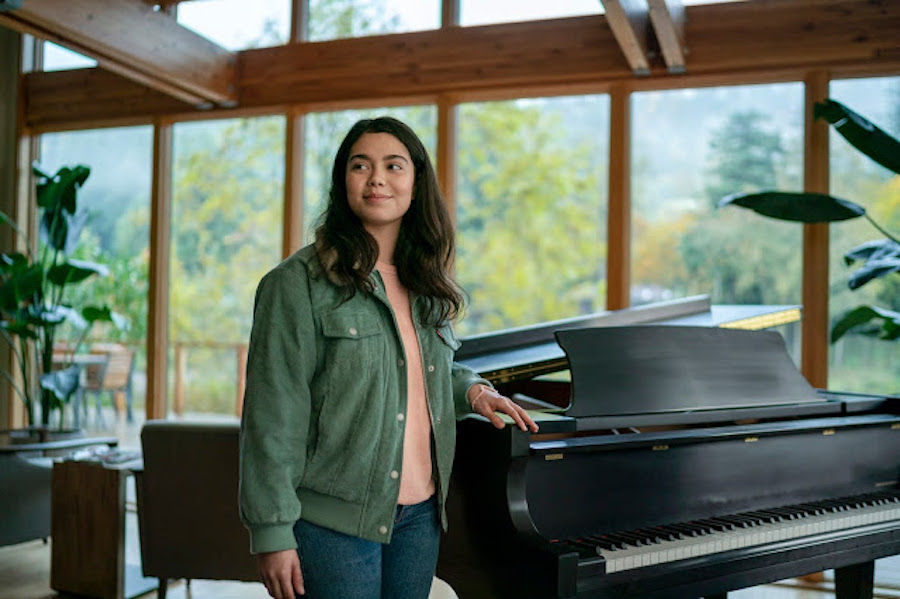 ‘All Together Now’ spins a realistic tale of teenage struggles and the burden of loss and responsibility on young shoulders. The movie centers around an optimistic teen, but with life only getting worse by the minute, she starts to wonder if her optimism will take her anywhere. The film completely focuses itself into her transition, and even though it hints at romance and friendship, it is more invested in how Amber functions individually. This is a fresh experience as compared to other teen dramas that often limit themselves to the romantic angles when it comes to the arc of the progression into adulthood. The film veers away from cheesiness, if ever at all indulging in it, and relies on the raw emotion of its protagonist’s journey to make us care about her, and most importantly, root for her.

While there are times when the film can seem a bit tiresome or where you think that you could do with a little more emotion, the overall experience of the film is rather rewarding. The young cast, especially Auli‘i Cravalho, are delightful to watch. Also, the film doesn’t try to bind anyone into a certain set of rules that define their characters. This gives more time to the personal journey of Amber, which is what the whole thing is all about, in the first place. All in all, ‘All Together Now’ is one of the better movies to have come out recently.