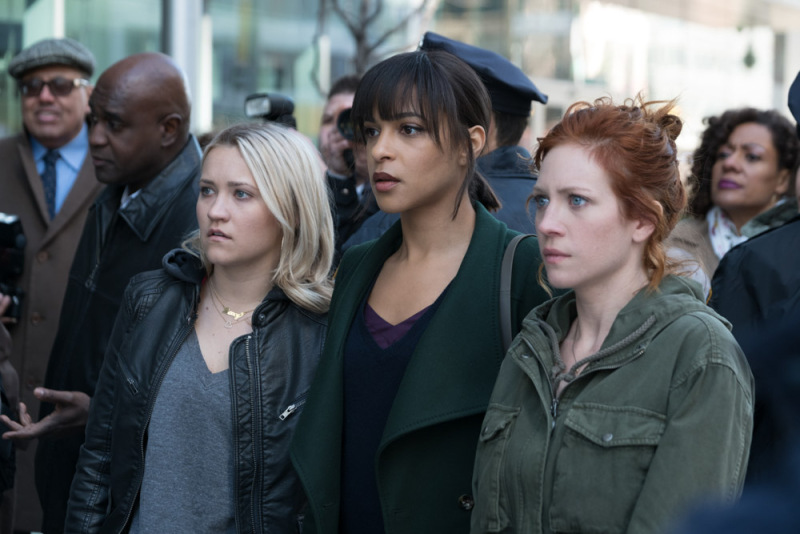 ‘Almost Family’, based on the Australian series ‘Sisters’, is a television drama series, created by Annie Weisman. Dubbed as a family-centric show, it adopts an unconventional storyline where a prominent fertility doctor reveals that he had inseminated multiple unaware women during his career. As a result, he is a dad to around a hundred children scattered across the country. Julia Bechley, who to date had believed that she was the only child, is bewildered with the news. She meets up with two of her half-siblings and decides on how to cope up with his new reality that they must accept and learn to live with for the rest of their lives.

‘Almost Family’ season 1 premiered on October 2, 2019. After airing for 8 episodes, the show went on a mid-season break on December 11, 2019. The good news is that fans won’t have to wait for long for the show to come back on the tv screens. ‘Almost Family’  episode 9 will release on January 1, 2020. You can watch it on Fox.

As far as the future of the show goes, we might have bad news for you. Fox has not announced a back order to the show. The first season will just have 13-episodes matching the series’ initial order.

Almost Family Cast: Who is in it?

Brittany Snow from the ‘Guiding Light’ and ‘Someone Great‘ fame stars as Julia Bechley. Joining her is Emily Osment (‘Spy Kids 2’, ‘Hannah Montana’, and ‘Young & Hungry’) as Roxy Doyle, Megalyn Echikunwoke (‘CSI: Miami’, ‘House of Lies’) as Edie Palmer, Mo McRae as Tim Moore, Mustafa Elzein as Isaac Abadi, Timothy Hutton (‘How to Get Away with Murder‘ and ‘The Haunting of Hill House’) as Leon Bechley, and Victoria Cartagena as Amanda.

Almost Family Plot: What is it about?

‘Almost Family’ introduces us to Julia Bechley, the apparent only child to her parents, who idolizes and is co-dependent on her father. However, she is in for a terrible shock when her dad, Leon Bechley, reveals that over his award-winning professional span as a prominent fertility doctor, he used his own sperm to impregnate multiple unaware women, resulting in the birth of dozens of children.

Julia’s life is turned upside down after this explosive news and she also discovers that her former best friend Edie Palmer and ex-Olympic athlete Roxy Doyle are actually her half-siblings. While Roxy is coping up with a career after athletic fame, Edie questions her sexuality in the midst of a failing marriage. Amidst all these troubles, the three half-sisters must embrace this newly formed fond and learn to welcome a rapidly expanding family.

‘Almost Family’ explores a controversial topic, which gets further complicated when the show’s creators revealed that they wanted to give Leon a sympathetic edge. This is a bit unexpected considering Leon’s criminal act of transferring his genetic material to unwary women without their consent. Addressing the question, developer Annie Weisman stated: “We’re going to take very seriously the consequences of his actions. There’s going to be a very contending with what the people that did not consent to this behavior. We’re also going to get into more complex motivations. In any story, it’s important to feel empathy and understanding for every character. We plan to get into that.”

As per Weisman, the events depicted in the series are plausible enough to take place in the real world. In an era that is ruled by genetic breakthroughs, it is entirely possible that one day, we discover a totally different identity — something which might make us question our paternity. And this is where the family-oriented angle comes in. When your genetics is connected to that of another person and you discover it after several years, what do you do? How does the definition of family change? Do our genes make us automatically connected to one another? The answers to these questions constitute the plot of ‘Almost Family’, which makes it a beautiful yet unconventional family story.

Then there is the pain of an only daughter learning that her whole life had been a lie. She feels betrayed and is angry at the person she had once looked up to. So what happens when you discover that your parents are not what you thought they were all this while? This is yet another angle of the story that the show tries to explore. According to star Brittany Snow, “I think everybody goes through that a little bit of learning that your parents are people and human, and they did a bunch of things that were right and wrong, and that’s how you came to be.” She further added, “And I think that that’s her dilemma going through this is learning that this person that she looked up to for so long is actually human and somebody that she has to now redefine in a way of how she sees him and how she relates to him.”

You can check out the official trailer of Almost Family’ season 1 below: