Where Is Alone Filmed? 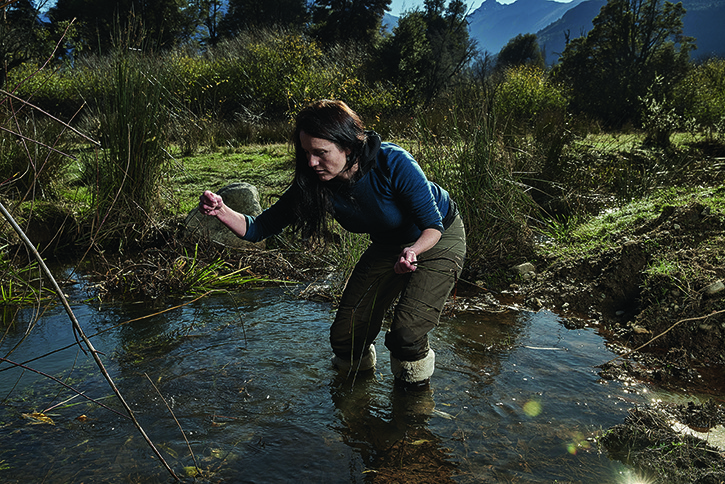 Competition reality shows have shown premises that are taken to the very extreme. This is usually observed in survivalist television series. Such shows often revolve around making their contestants brave harsh terrains in order to win a prize. ‘Alone‘ takes that format one notch higher by adding the element of isolation.

At its core, ‘Alone’ is a survivalist competition show. It transports its contestants to some of the fiercest locations on the planet. Then, a last-man-standing kind of format is used to determine a winner. However, all the contestants are dropped off far away from each other. This is done to ensure that they do not come into contact with each other. The locations chosen are ones that are uninhabited. Hence, the contestants are completely cut off from human connection.

There isn’t even a camera crew. The contestants are provided with cameras with which they are supposed to record their routine experiences. They have to fend for themselves: build shelter, find food, and everything in the middle. Each contestant is dropped off in similar places, in terms of availability of resources. They can carry ten items of survival gear from a list of 40 and are also provided with clothing, first aid, and other standard equipment. A satellite phone is also given which the contestants can use in cases of medical emergencies or for quitting. The winner gets a prize of $500,000.

‘Alone’ is set in a different location each season. Hence, the challenges and contestant experiences are vastly different. However, most of the locations chosen prove to be on the colder side so that there is a pressure of time. The winters can cause food to become extremely scarce and the conditions to be taxing. Yet, the contestants know that the competition can last for as long as a year!  Several viewers would have wondered about all the locations the show has been set and filmed in.

The seventh season of ‘Alone’ is set and filmed in the Arctic region of Canada. It need not be mentioned that the terrain is extremely harsh and would have gotten especially hard for the contestants to navigate. Winter temperatures in the Arctic can fall as low as -30 degrees Celsius! Given the fact that the challenge is significantly tougher because of the location, the prize for the season is $1 million.

And so it ends, and another part of the Alone journey is over. It has been a long, challenging, and rewarding one with many phases- from the selection process a year and a half ago, to the madness of prep last summer, to the journey itself, then 9 months of holding that journey close to my chest and "keeping the secrets" of my time out, to sharing it with the world, edited and on the screen. I am not going to lie and say I wasn't disappointed with a lot of the edits, especially the final episode, and the way so many of my most profound moments, especially at the end, got left on the cutting room floor. That said, I think a lot of the real me and my spirit and motivations did come through, and I'm infinitely grateful for that. 73 days by myself in the arctic with 10 items of gear and only 2 lbs if it food. 10 1/2 weeks of mostly arctic winter. I gave it my all, all my heart, all my prayers, all my tears, all my laughter. 50 lbs and 33% of my body weight. I wouldnt trade any of it for all the money in the world. Every moment of my time out there was precious, even the hard ones. You can see it in my face in my final moments. The joy of choosing my health, the sorrow of leaving. I loved every second, loved it all. And in the end, even with the deep intuitive knowing that it was down to me and one other person, knowing i might be on the brink of "winning", I came to see that as much as I loved being there and the idea of "success", I loved myself more. If that isn't winning, I don't know what is. #aloneshow #aloneonhistory #aloneseason6 #arctic #arcticsurvival #arcticlove #laughingandcrying #myheartisinthearctic #landconnection #natureconnection #neverthesame #infiniteloveandgratitude