Where Is Alonzo Brooks’s Family Now? 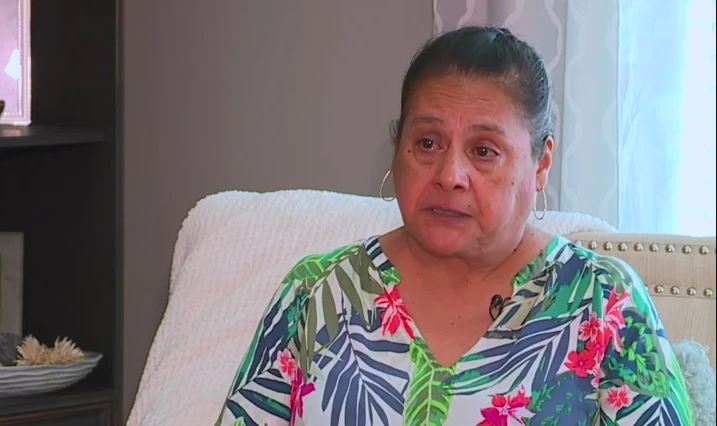 Netflix’s reboot of ‘Unsolved Mysteries’ sticks to the original concept and gives us enthralling and riveting entertainment. As viewers, we get gripped into the story and get to feel like we are a part of the narrative instead of just looking into the stories from a third-party perspective. It keeps us on the edge of our seats, and with that, it ensures that if we have any information, we give them a tip and potentially help them solve the case.

‘No Ride Home’ is one of the episodes that is featured in the new series. It covers the disappearance and death of the 23-year-old, Alonzo Brooks, who attended a party outside rural La Cygne, Kansas, on a chilly April night in 2004 and never returned. It was a month later that his body was found in the nearby creek, and that too by his family. Not the Kansas Bureau of Investigation, not the FBI, not the locals, but his family.

In the episode that covered his death from the alleged hate crime, we saw a glimpse of Alonzo’s relationship with his family members, especially with his elder brother Billy Brooks Jr. and mother Maria Ramirez. Apart from them, Alonzo also had a father, a step-father, some amazing aunts and uncles, and a few other siblings, both step and biological. The Brooks family grew up in Topeka, Kansas, but when Billy Brooks Jr. came of age, he left the small town and Alonzo and his mother moved to Gardner, Kansas.

Alonzo was the baby of the family, the youngest, and a surprise. As kids, Billy used to try to push Alonzo to be better, to get a thicker skin, and to teach him how to protect himself in case of need. Billy knew what the outside world was like, he just didn’t want his little brother to experience it blindly and without a back-up plan. Unfortunately, it seems like that’s exactly what happened on April 3, 2004.

Alonzo’s mother, Maria, knew something was wrong immediately. Alonzo was not only a good kid, but he was also responsible. Whenever he knew that he’d be late or not be able to make it back home on time, he used to call and inform his mother beforehand. But that night, he didn’t call, and so it became evident that something had happened. To this day Maria remembers their last conversation. It included a good-bye, a love you, and a promise to stay safe.

Where Is Alonzo Brooks’s Family Now?

It took a month for Alonzo’s body to be found, and with that, the family had hoped that the perpetrators would be caught, but alas, as no evidence was on the body or nearby, the investigators were again at a standstill. A few years ago, because there were no new leads or tips the KBI closed Alonzo’s case. Fortunately, last month, the FBI stepped back in and reopened the case with a $100k reward for anyone who comes forth with information.

With that and the coverage on Netflix, the Brooks and Ramirez families have gained newfound hope that Alonzo’s killer would finally be found. His brother thinks that this time things will be different, that this time, they will finally get all the answers that they have been looking for for the last 16 years. While Maria still lives in Gardner with her husband, Stuart Porter, Billy Brooks Jr. has made a life for himself in Olathe, Kansas. He has a wife, Cindy, and a few kids with whom he spends most of his days. The rest of Alonzo’s family is either back in Topeka or living in Kansas City.

“We missed out on his whole life,” Maria recently told ‘Dateline‘ when they talked to the family. “Someone took that away from us. And someone — or several people — know what happened to him. We just want to know. He is my baby and I can’t protect him anymore, but I can do this. I can find out what happened. I can get justice for him.” Following their efforts for justice, the family even has a Facebook page for him, where they remember him and give their followers updates on his case. (Featured Image Credit: Fox 4)

Posted by Justice for Alonzo Brooks on Wednesday, May 20, 2020