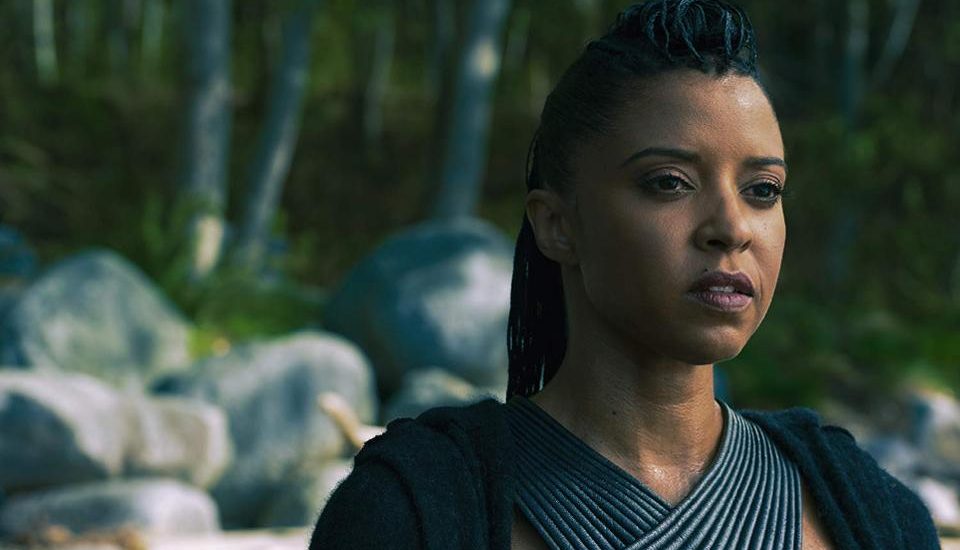 Kovacs has finally reunited with Quellcrist Falconer, but the problem is that she doesn’t remember who she is. Previously, Kovacs had assumed that it must have been someone else in Quell’s sleeve. But now that things are clearer on that front, more questions have arisen about why Quell is going around killing Meths.

In its fourth episode, titled ‘Shadow of a Doubt’, ‘Altered Carbon’ starts giving us answers to the questions that had been brewing up since the first episode. These answers also open the doors to more mysteries that take us deeper into the history of Harlan’s World itself.

As its name suggests, the episode clarifies a number of things for the characters as well. Kovacs, Quell, Poe and, even Carrera- everyone is forced to reconsider the things they thought they wanted and changes their perspective towards the things they thought they knew about. On the halfway mark of the season, we find the characters making difficult choices to get past the crossroads that had been holding them back.

Quell tells Kovacs about the mental prison that she had been in for a long time before his voice called her back. It turns out that she has no idea who she is, and she doesn’t understand why she is killing the Meths. He assures her that they will find some answers, but they need to get to a safe place first, which means getting off the planet. That, however, would prove trickier because Kovacs has a bounty on his head.

While he tries to find a way to make his plan work, new secrets come to light and he gains insight into Axley’s murder. Poe has to make a difficult decision and Quell kills more Meths. Meanwhile, Carrera gets a whiff of the secret that Danica Harlan is desperate to hide from him, and everyone else.

Takeshi Kovacs might have found what he was looking for, but there is still a murder to solve. In this episode, he comes one step closer to understanding why Quell is on a killing spree. The first step in solving a series of murders is to find out how they are connected to each other. If you find the unique link between the victims, it becomes easier to find out why they were killed, and that’s how you progress to the “who” of the matter. But things are different for Kovacs. He already knows the killer; he just needs to understand why. This time around, he finds the link between all the Meths that have been killed, which also gives us the clue to who’s next on Quell’s list.

The episode also devotes more time to Quell. Now that she is out of the cover of secrecy, we get to understand her dilemmas. In the last episode, we discovered that she doesn’t remember who she is. She doesn’t even know her name and has no idea of the revolution that is still troubling the elite of Harlan’s World because of her. This also poses the question of how does she know whom to kill if she doesn’t even remember herself? Does her body remember the things that her mind has forgotten? Is it even her body still?

Another character that receives their fair share of time is Poe. He is an important part of Kovacs’ story, even if the hero might not acknowledge it so. In the world where Kovacs can trust no one, not even Quell, for now, it is Poe who stands by his side. But he has been suffering and the decision that he had been procrastinating for so long is finally made. How it will affect the AI is another thing that we look forward to in the next episode.

Even though the season has been using a similar tactic that served it well in the first season, the different plot and digging deeper into the history of the world that has been so immaculately created for the show is what sets apart Season 2. In the first three episodes, it was a slow build-up and an introduction to the characters, and the mention of some things that might appear in the latter half of the season. But it is with the fourth episode that the layers of this season have started to unravel and it has become more exciting.