Alyssa Beird From American Ninja Warrior: Everything We Know 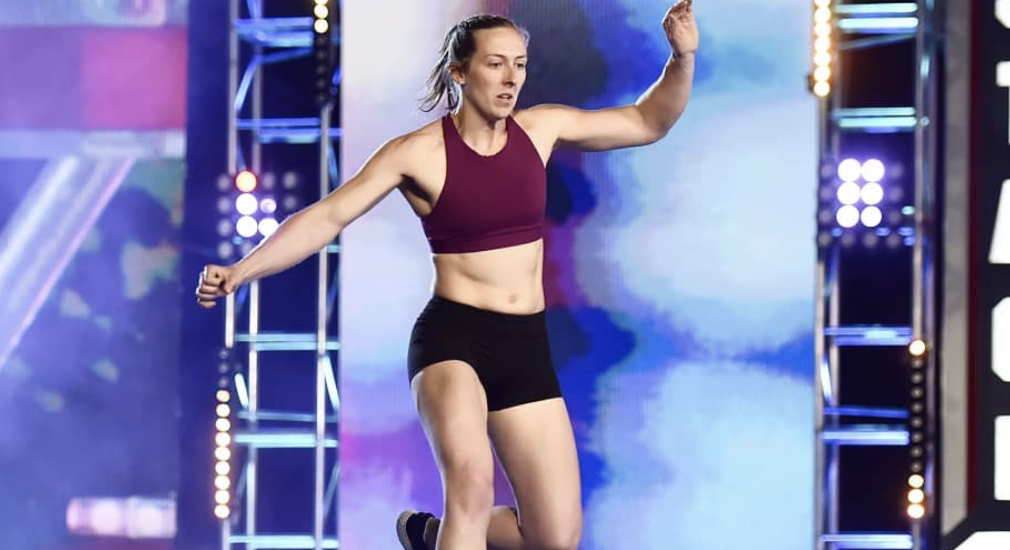 “American Ninja Warrior” is much more than a sporting competition series. With a run time of over a decade, the show has set a whole new standard by its excellent display of athletes who have undergone robust physical training as well as sturdy mental drilling. One of the most capable competitors to have appeared on the show is Alyssa Beird. Her prowess has been recognized since her debutante season 8 in which Akbar Gbaja-Biamila marveled at her dominance of the “Wall Drop” round. Unlike most of us who have spent their quarantine cribbing and turning into couch potatoes, she has undergone hardcore ninja training in hopes of coming out victorious.

No track, no problem! Leg day was a success! Also got in some great recovery with the hypervolt from @hyperice on my IT band and forearm. Enjoy the wavy skin slo-mo 😂 #ninja #americanninjawarrior #ninjawarrior #anw #anw10 #strong #legday #sprints #squats #plyometrics #hyperice #hypervolt #sundayfunday #weekendwarrior

Alyssa was born on July 13, 1990, in the small town of Plainville in Massachusetts. Her parents got her enrolled in gymnastics when she was hardly 3 years old. She competed in USA Gymnastics up through level 7 but a foot injury caused her to bid farewell to competitive gymnastics forever. Calling it her core of being, Alyssa went on to explore other forms of athleticism and was a professional “runner” by the time she turned 15.

Trying to get back at it with rock climbing. The first move (out of frame) on this v4 was a doozy, but the rest of it was pretty straightforward! #ninja #americanninjawarrior #ninjawarrior #anw #anw11 #training #upperbodyworkout #bouldering #climbing #rockclimbing #centralrock #v4

The future record-breaking Ninja continued cross country through her high school years and ran her first marathon in 2011. In the fall of August, she began training for the mighty Ninja world while participating in SPARTAN obstacle course races. Finding a ninja gym in the near vicinity, Alyssa put her athletic experience to its best use and began her training in bouldering, ‘plyo’ workouts, and an assortment of calisthenics. She pushed her limits to attain immense control over her body movements.

For the brief period when she is not competing as a ninja, she dedicates her time to teaching 5th graders in Middleborough, MA, and doing website work at her father’s company, BankersHub.

Gettin' those fall feels! 🍂🧡 Last year, @thebeastanw and I took ourselves on a photoshoot. In the woods. At sunset. In November. You don't have to be celebrating a life event to set up a tripod in the woods and gaze lovingly at one another, waiting for the self-timer to count down! I.e. we're not engaged or pregnant, but we have the woods, each other, and said tripod, so…here's a photo! #ninja #americanninjawarrior #ninjawarrior #anw #love #autumn #sweaterweather #loveyou #support #bestfriend #couplegoals #fallingforyou #sopunny

The Ninja star has not only built a successful career with ANW but also found the love of her life at the show. After making history in the 8th season, she returned to the show for its following run and revealed that she was dating James “The Beast” McGrath, a fellow competitor. Though a great many details of their relationship are unavailable, they seldom post loving pictures of each other. From that alone, it is safe to assume that the fit couple has been together since they started dating in 2017.

There's no one else I'd rather make smile. #Repost @abeird ・・・ I hope you all have a someone who can always make you smile 😙❤ #love #bestfriend #boyfriend @ninjames206

Alyssa got the chance to connect deeper with her boyfriend while they were maintaining social distance from the rest of the world. In March of this year, they went to Forks for a hiking trip and enjoyed spending their time together in the lap of nature.

The former gymnast and current fifth-grade teacher luckily got a callback for her application to compete in Philadelphia on season 8 of “American Ninja Warrior”. She displayed her years of gym and track training on the show and grabbed the final spot in the top 30. She was one of the first four women in its history to successfully advance to the city finals. The audience saw great potential in her and thus, she got selected as a wildcard entry to compete in the National Finals in Las Vegas.

After failing the “Propeller Bar”, Alyssa made an unfortunate exit on stage one. She returned to the 9th season stronger than ever and made making it to the National Finals. She even became the second woman in ANW’s history to complete Stage One but had to be eliminated after underperforming in the “Criss-Cross Salmon Ladder” round.

Happy Mother's Day to this warrior! We got to spend Mother's Day weekend together competing on American Ninja Warrior. While she's always been one of my biggest supporters, it was nice to return the favor and support her as she took on the course, too! Thanks for everything, mom! I love you!! @dariabeird #mothersday #mom #motherdaughter #ninja #americanninjawarrior #ninjawarrior #anw #anw10 #strong #anwx #obstacles #ninjafam

Season 10 brought in an interesting twist as her fans saw her competing against her mom, Daria Beird. Daria could not clear “Spinning Bowties” while her daughter managed to move on to Las Vegas for its First Stage. This edition of the American competitive series ended as a huge shock to her as she failed the very first obstacle, Archer Alley, and had to be eliminated. She did prove that her brawn as well as mind strong by becoming the second female ever to hit a stage one buzzer.

Don't forget to tune in to American Ninja Warrior tonight at 8/7c for the Baltimore city finals! The Northeast is my favorite region in which to compete (okay, well it's the only region in which I've competed) because of the amazing ninjas that represent this area! So many OGs, veterans, rookies, and insane athletic ability in this region…you never know what might happen! Will records be broken? History made? Disappointments aplenty? Surprising early falls? Watch to find out!! @ninjawarrior @nbc #ninja #americanninjawarrior #ninjawarrior #anw #anw11 #nbc #obstacles #obstaclecourse #challenge #ninjafam #competition #strong

She returned to Baltimore for its 11th season and was again pitted against her mother. Daria could not surpass the “Shrinking Steps” and got terminated from the franchise, while Alyssa got placed 25th in the overall. Clearing the “Crank It Up” round the second time, she qualified as the top woman competitor. Though she could not emerge as the season’s winner, she did become the second woman to have ever attempted Stage Two in the Vegas finals. In addition to competing on ANW, she has also made a mark on all seasons of the National Ninja League where she has been placed first and second for women. After being a member of the champion team in the second season of “Team Ninja Warrior”, Alyssa has her goal set to showcase to the world that she is more than ready to be the winner of this prestigious show and also take home its grand prize of a million dollars.