Amazing Stories: Where Was it Filmed? 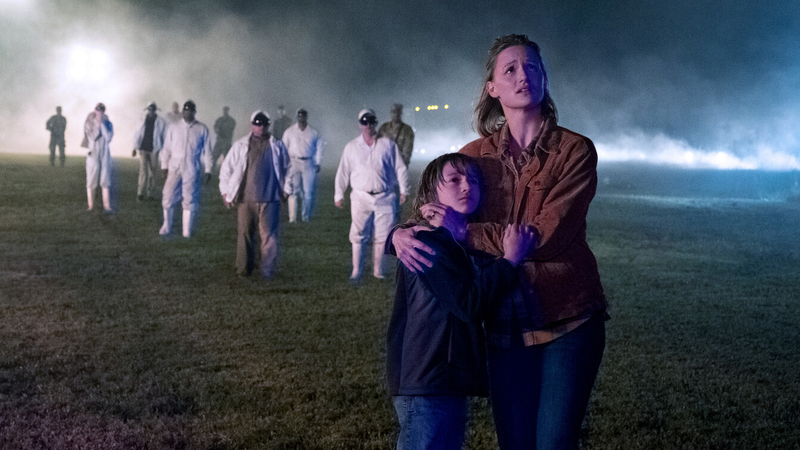 After its inception, Apple TV+ has been investing in some interesting productions that seem extremely promising. One such project is ‘Amazing Stories,’ a reboot of an exciting 1985 television show that seems fitting to current tastes and sensibilities.

‘Amazing Stories’ is an anthology show that functions as a reboot of the 1985 television series of the same name. Both, the original and the reboot are created by the acclaimed storyteller, Steven Spielberg. The 1985 show was a recipient of five Emmy Awards over the course of its two-season run and received mostly positive reviews.

The anthology TV show seeks to tell several self-sustained stories set in worlds of wonder conceptualized by the most creative storytellers. The name of the original show was taken from the first science fiction magazine started by Hugo Gernsback.

Created by Steven Spielberg for Apple’s streaming service, ‘Amazing Stories’ unsurprisingly boasts of extremely high production value. This is not only an added merit for the television series but also an assurance of the effective portrayal of its otherworldly tales. Stars like Dylan O’Brien, Edward Burns and Josh Holloway are a part of the anthology’s cast.

‘Amazing Stories’ is an anthology series that transports viewers to “worlds of wonder.” Hence, it can be most appropriately characterized under the genre of speculative fiction. Since it an anthology series, the show presents several different self-sustained narratives. Hence, all of them are set in varying places.

Thus, many people might be wondering where ‘Amazing Stories’ has been filmed. Is it possible that different episodes were filmed in different places due to the dissimilarity of their settings? That is unlikely.

This has led to the development of advanced production facilities like Pinewood Studios Atlanta (the second largest production facility in North America) and the sophistication of local filming crews. One of the biggest production filming in Georgia, for instance, is the television series, ‘The Walking Dead.’ ‘Amazing Stories’ mainly utilized Third Rail Studios on 5801, Peachtree Road, Atlanta as its production base. A large part of interior filming for the show was carried out here.

Congrats @Apple on AppleTV+! We can’t wait to see all the amazing content it will provide this fall, including the reboot of #Spielberg’s “Amazing Stories” which was shot right here at Third Rail Studios and around Georgia. https://t.co/duvomozZ0n

Furthermore, filming was carried out in multiple places across the state of Georgia. For instance, according to local sources, filming was undertaken in Forsyth County. To be more specific, filming was carried out at the Monroe County Courthouse on 1 Courthouse Square in Forsyth, Georgia. According to local sources, the building held signage of “Bradford Police” at the time of filming, making it pretty clear that the place was used to film a police station.

Moreover, on November 21, 2018, the production crew had been spotted at Dobbins Air Reserve Base in Marietta, Georgia. It can be reasonably assumed that the site was used to film scenes set in a hangar/airport. Then, on November 27, filming moved to downtown Atlanta.

The next month, filming took place in Symrna, Georgia. To be more specific, filming was conducted on South Cobb Drive. On December 7, 2018, filming was undertaken in Sandy Springs. Plus, ‘Amazing Stories’ was also filmed in Kirkwood and Flowery Branch in December.

Filming for the show also spilled over onto 2019. The crew was spotted by local sources at Moreland Avenue in Atlanta, Georgia. The show was also filmed on the Briarcliff campus of Emory University, Morgan County and Centennial Olympic Park.

Old 📷@dylanobrien behind the scenes on the set of “Amazing Stories” in Rutledge, Morgan Country, Georgia, US (January 18th, 2019)