Compared to other popular streaming platforms like Netflix and Hulu, Amazon Prime has been a little late to the party when it comes to stepping up its game with anime. But with that being said, the platform has now been making quite a lot of progress and has been dramatically beefing up with new anime titles. If you’ve been into anime for a while, you’re probably very well aware that the medium is known for having unpredictable outbursts of weirdness and perversion. Speaking of perversion, if you’ve been looking for the sexiest adult anime shows on Amazon Prime, then you may not really have too many options to go for. However, the platform does have a fair share of fan service anime that will certainly fulfill all your guilty pleasures. So with all that said, here’s the list of the best adult anime that you can stream on Amazon Prime right now: 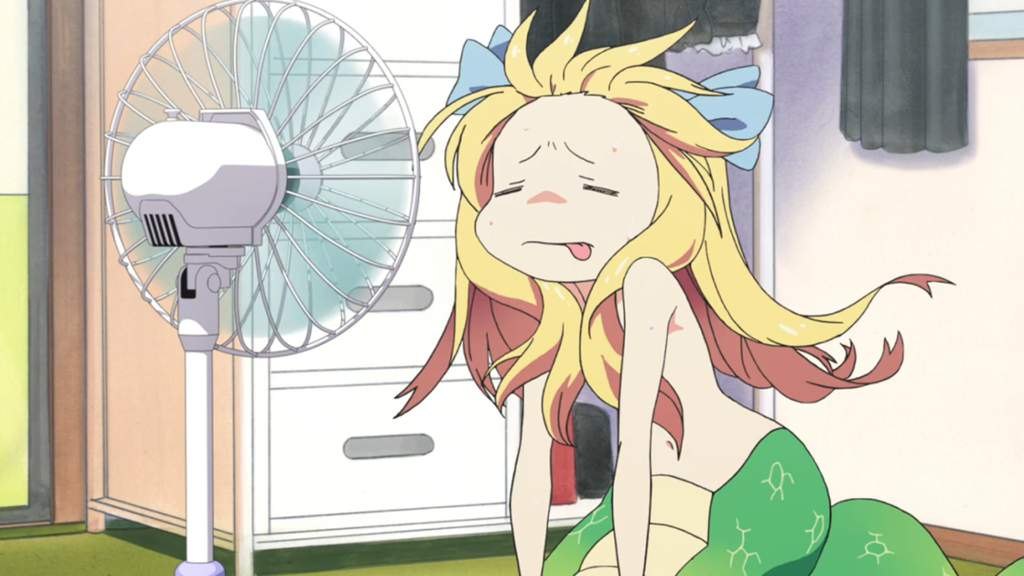 ‘Dropkick on My Devil!’ is a reverse Isekai anime where a devil gets transported to the human by a college student named Youtube Hanazono. Yurine is a cold-hearted guy who lives all alone in his old apartment in Jinbocho. When the devil, Jashin-chan, gets transported to the human world, he’s left with no choice but to let her stay with him because he has no clue how he’s supposed to send her back. Jashin-chan firmly believes that she can return just by killing Yurine but will she actually go ahead and do it? What follows is a roommate comedy that’ll keep you guessing what could happen next.

‘Dropkick on the Devil’ is more on the weirder side of the anime world where a viewer must have some sort of a fetish towards ridiculous over-the-top violence. And for some reason, the animation style that has been adopted in this 11-episode series very well fits the whole hilariously creepy setup. This slapstick comedy is recommended for anyone who is familiar with the weirdness of all the fan service that exists in the anime world. Just make sure that you keep reminding yourself that everything that is portrayed is meant to be cute and should not be taken seriously. 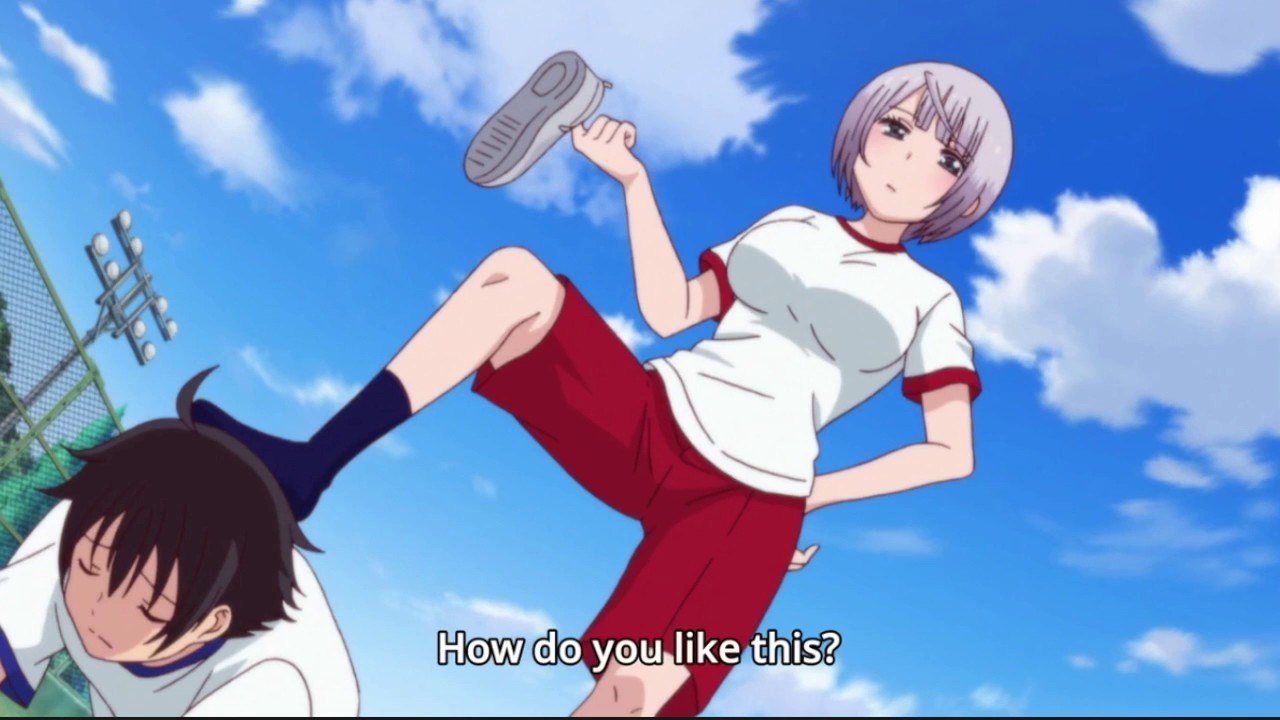 ‘My Girlfriend is Shobitch’ is an Ecchi anime that has a typical high-school setup. It revolves around a boy named Haruka who is really into his class representative, Akiho Kousaka. She is pretty much of an all-rounder model student who is admired by everyone. Not expecting a positive response, Haruka goes ahead and confesses his feelings for her. But to his surprise, she agrees to date him. Soon, he discovers that she has never been in a relationship before and to make up for that, she even tries to learn new sex positions and discover his fetishes to make him happy. While Haruka tries to assure her that learning about such things won’t make a difference, she tries her best to keep him happy. ‘My Girlfriend is Shobitch’ is like an endless encyclopedia of dirty jokes and if you’ll watch it with very low expectations, you’ll be surprised at how entertaining it can be. 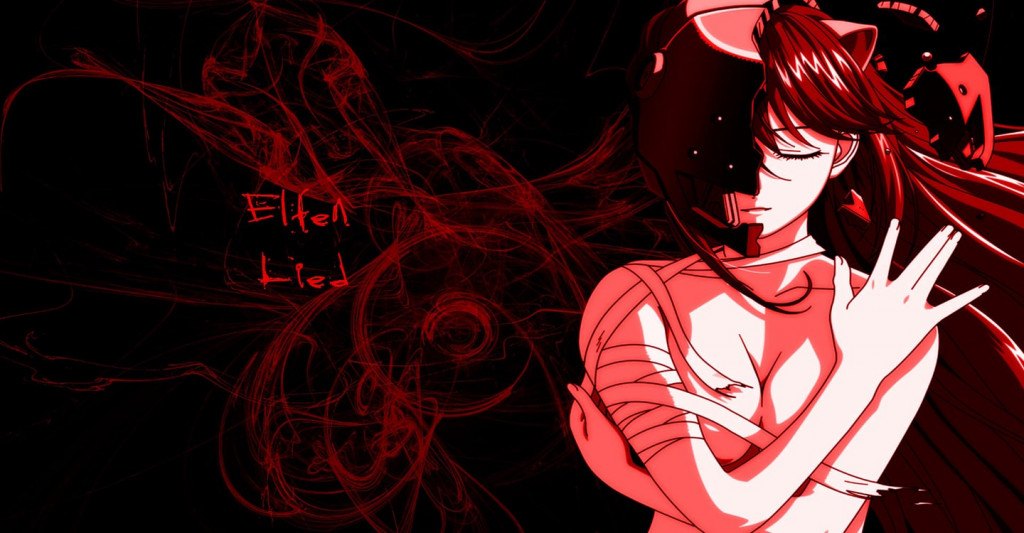 Out of all the anime on this list ‘Elfen Lied‘ is one show that will fulfill a lot more than just your guilty pleasures. Apart from having a few sexy fanservice scenes, ‘Elfen Lied’ does not hold itself back when it comes to displaying gory graphic scenes with extreme unpleasant bloodshed. While the series may not be for everyone, you’ll actually love this dark anime if you have a stomach for violence. Once you’re done watching it, you’ll realize that the extremely graphic representation of everything in the anime has been done to portray all the darkness in the world we live in. You might start watching this show only for the fan-service but it will most probably end up becoming one of your all-time favorites. 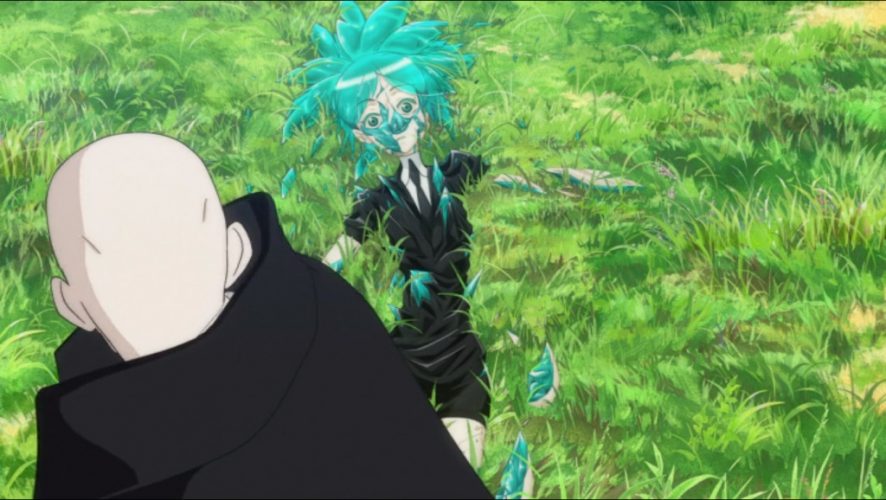 With its top-notch world-building and well thought-out character interactions, ‘Land of the Lustrous’ is one of the most beautifully animated shows that makes incredible use of CGI. Considering that it is adapted from a manga, even its pacing is great compared to other similar shows like ‘Children of the Whales‘. Almost everything about the anime seems to be pretty good but one thing that has received a lot of criticism is its genderless characters. It almost seems like the anime tries to portray a very different kind of fan service by introducing characters that do not have any gender but are still gorgeous because of their prominent female features. Although ‘Land of the Lustrous’ may not have anything exceptionally appealing for Ecchi fans, it’s still good to see how it takes a refreshing approach to portray fanservice. 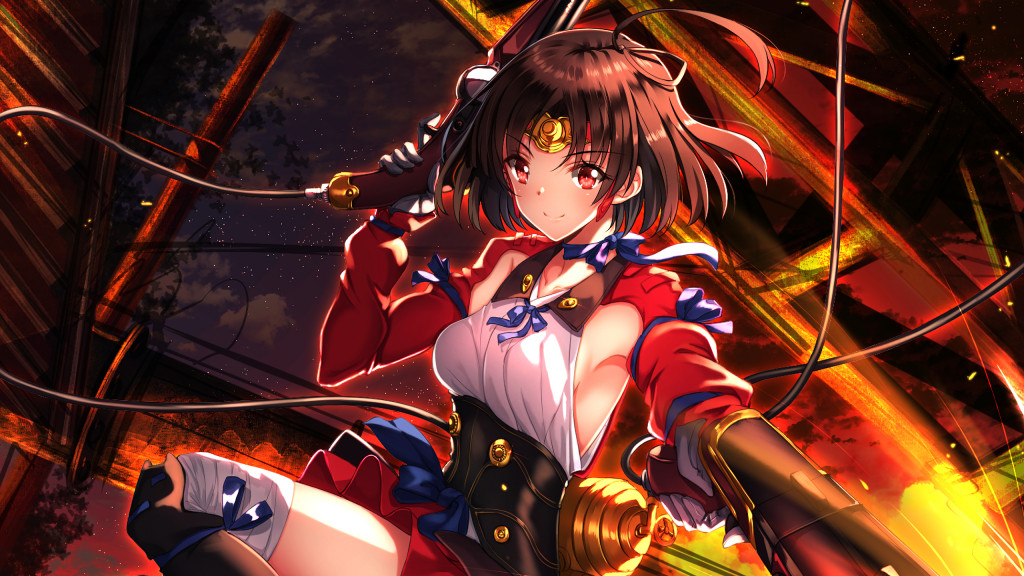 This original Wit Studio creation is set in a world that is on the verge of booming with another industrial revolution. This is when horrific beings known as Kabane emerge out of nowhere and start ripping through the flesh of every human in sight. The only way to destroy these creatures is by slashing through their steel-coated hearts. While a lot of people fall prey to these brutal creatures, the ones who survive are able to create a massive wall that protects them from these. Meanwhile, a young man named Ikoma manages to invent a weapon that allows him to pierce through the hearts of the Kabane. His dream of fighting them soon turns into a reality when one day, the creatures re-emerge and this time around, they seem much stronger.

From the synopsis itself, you can tell that this show has quite a lot of similarities to ‘Attack on Titan‘. While that is true to an extent, what makes this one unique is its vintage art style that will definitely remind you of the classic 90s shows. When it comes to its sexiness, though, the anime has nothing more than a few really attractive characters. 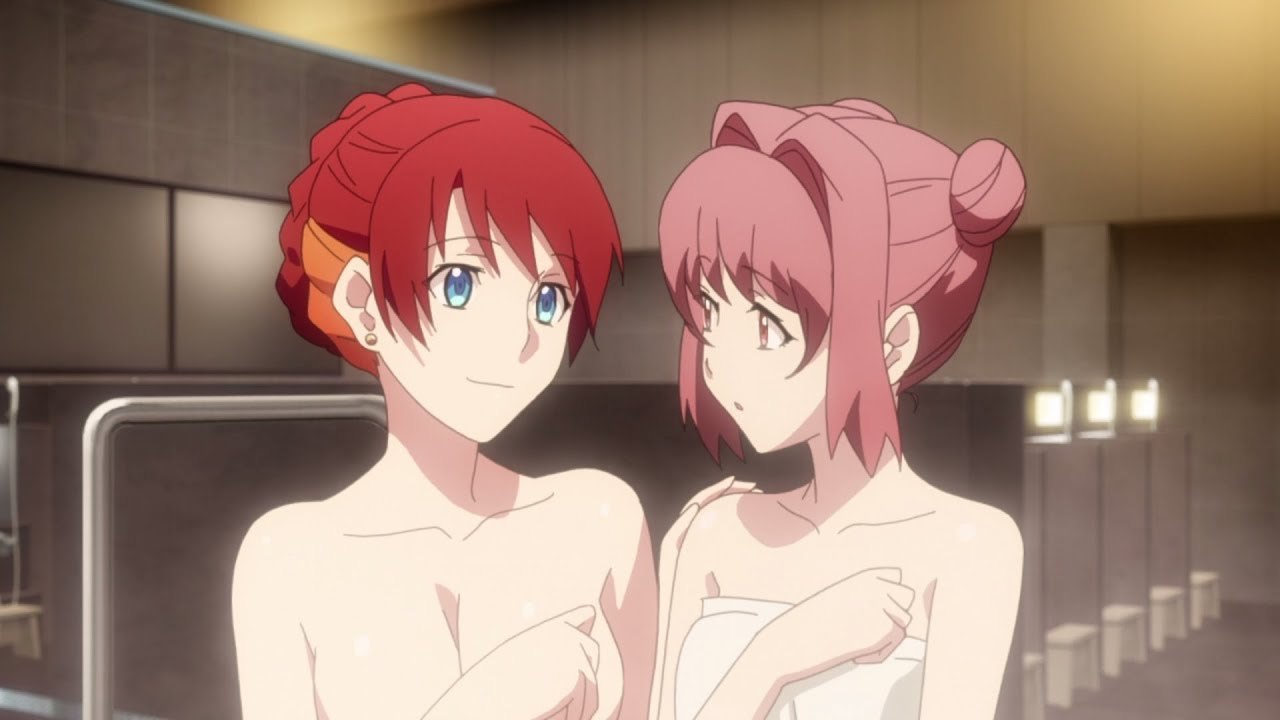 ‘Re: Creators‘ follows a very unique reverse Isekai concept where an aspiring mangaka named Souta Mizushino gets transported to the world of his favorite anime. When he comes back to the real world, he realizes that the female protagonist, Selesia Yupitilia has returned with him. Soon, all kinds of eccentric fictitious creatures start showing up in the real world and some of them even pose a threat to its very existence. Souta and Selesia must now work together to unravel the mysteries behind this strange event. As the line between fantasy and reality continues to diminish, creators and their creations are reunited in the most unusual ways.

‘Re: Creators’ throws elements of almost all genres into its storyline. The key to enjoying it is to not take any of it seriously and accept the story as it comes. Apart from the typical slapstick humor that it presents, it also has a lot of adult jokes being thrown around at random places. Overall, it’s a pretty average anime that goes a bit overboard with its weird but diverse characters. It still is quite enjoyable and also has some sexy fanservice moments. 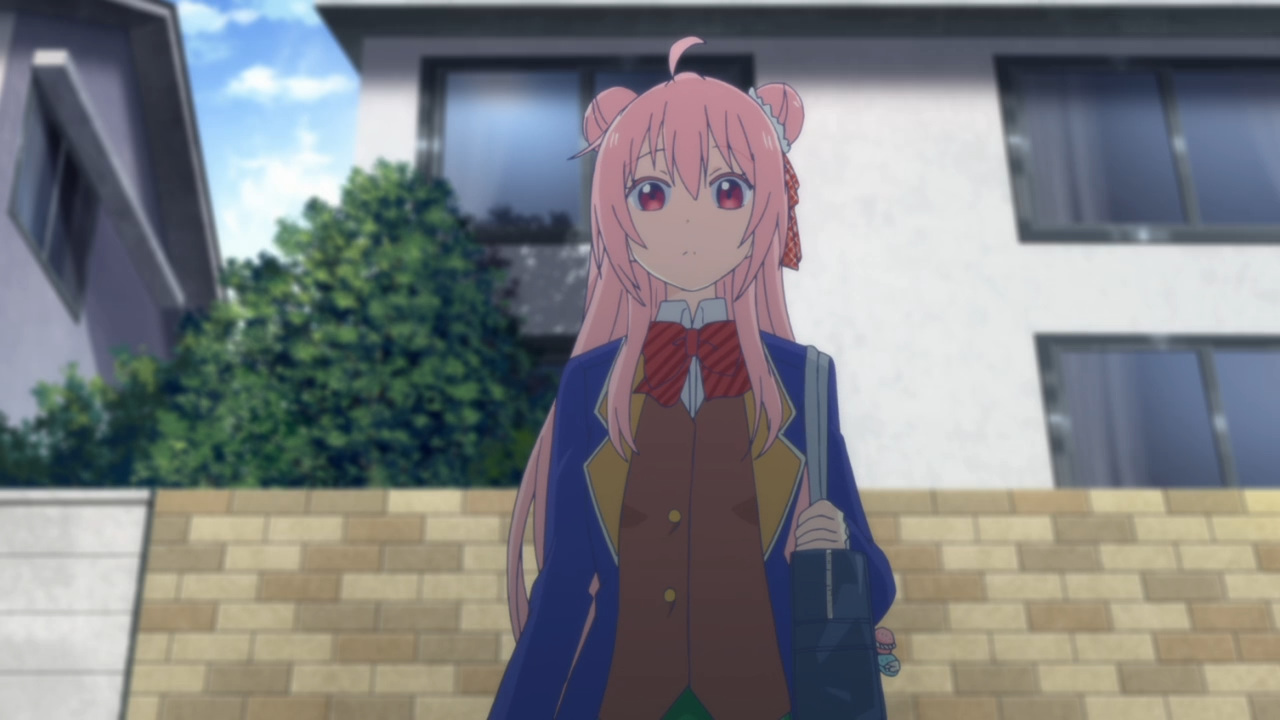 ‘White Sugar Garden‘, also known as ‘Happy Sugar Life’ and ‘Black Salt Cage’, is another anime that takes you on a guilt trip into the weird side of the anime world. Satou Matsuzaka is the main protagonist of the show who has the reputation of being permissive with boys because she moves one from guy to another every three days. But all of this changes when one day, she meets a young girl named Shio Koube and realizes that she is her true love. Satou starts sharing her apartment with Shio and in order to protect her, she lies to everyone that she stays with her Aunt. Things get even stranger when, in order to make sure that her “Happy Sugar Life” remains the same, she even starts resorting to the most desperate measures.

‘White Sugar Garden’ takes a rather uncanny approach towards the psychological thriller genre. And as ordinary as it may seem on the outside, it is actually more profane and wacky than most other shows out there. It will certainly leave you with an unnerving feeling once you’re done watching it. 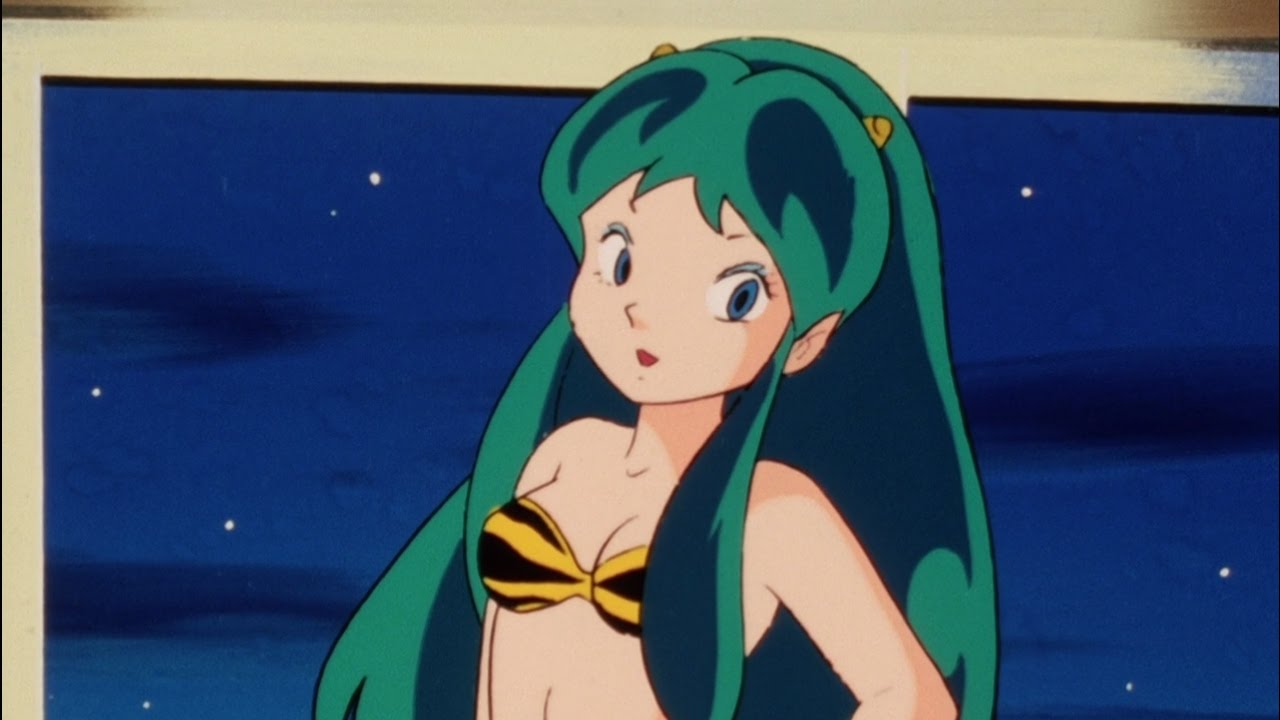 This long-running classic from the 80s has been long forgotten, especially by those who are not Japanese. While its concept interspecies relationships may seem to be a tried and tested concept for today’s viewers, back in the day it was fairly unique and successful. Having a total of 195 episodes, this is one anime that demands a lot of patience. If you’re not able to embrace its slow burning wacky romance then maybe its perverted characters and extremely sexy alien girls will keep you hooked on to it.