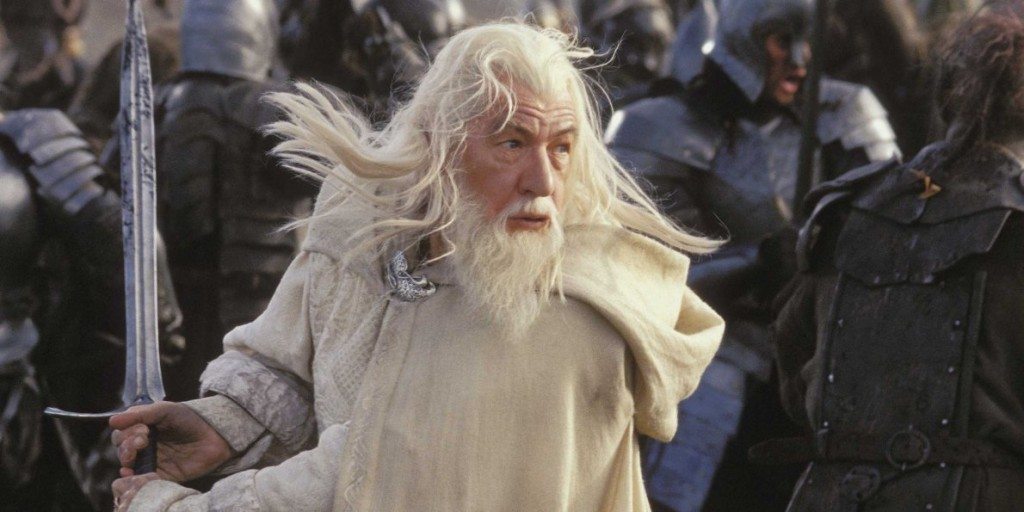 What is it with writers with double initialed middle names making some of the greatest works of fantasy that we have had the pleasure of witnessing on-screen? Before you jump the gun, this time, we are not talking about George R.R. Martin or ‘Game of Thrones‘ here. Instead, we are talking about the equally immersive universe of Middle Earth created by J.R.R. Tolkien in the ‘Lord of the Rings‘ books, which got made into a film series by Peter Jackson.

When Jackson set out to make the first movie, little did he realize how much it would go on to dominate his life. The popularity of the franchise is evident in how well the ‘Hobbit’ movies performed when they came out, sometime after the original trilogy. With television slowly eclipsing film as the more popular mode of entertainment among today’s society, where people rarely take the time to go to theaters, it was inevitable that the popular franchise would eventually head to the small screen.

With Amazon winning the rights to make five seasons of a show based on ‘Lord of the Rings’, the dream is finally coming true for fans who loved the adventures of Samwise and Bilbo, in a world where magic rings, wizards and elves exist. However, the information on the show has been rather scattered since it is in its nascent stages. In case you want to be comprehensively caught up on what is going on with the upcoming ‘Lord of the Rings’ series, read on.

Lord of the Rings Cast: Who Is In It?

First of all, most of the characters who appear in the ‘Lord of the Rings’ television series, will not be the same as the trilogy. This is mostly because of the timeline of the show. That being said, we do have information about some of the cast members and the characters they are going to play. You are bound to see some familiar faces from other shows and films in the Amazon series.

We have Joseph Mawle, who plays Benjen Stark in HBO’s ‘Game of Thrones’, cast as the bad guy here. He appears in the role of Oren, an anti-hero. Maxim Baldry, who was recently seen in ‘Last Christmas‘ is slated to play a major role in the show, but the details are being kept under wraps.

Markella Kavenagh, an Australian actress, is on board to play the role of Tyra, while Will Poulter, who was seen in ‘Black Mirror: Bandersnatch‘ and ‘Midsommar‘, will be appearing in the role of Beldor. You might be wondering whether we will see some characters like Gandalf and Legolas since they are stated to be rather old in the books.

Well, Sir Ian McKellen has expressed an interest in reprising the role, while clarifying that he hasn’t been asked to play the part of the wizard yet. The actor noted that Gandalf is 7000 years old, which does not make Ian McKellen too old to step into the part! Andy Serkis, on the other hand, has expressed excitement at the story continuing, but is not going to come back as Smeagol or Gollum. Orlando Bloom has also stated it is unlikely that he will be playing Legolas, although he has not discounted the possibility of the character being there. Due to the time gap, Bloom believes that a 19-year-old might be better suited for the role.

Lord of the Rings Plot: What Is It About?

The details about the plot of the television show are not clear yet. Amazon’s ‘Lord of the Rings’ will be set before the incidents of ‘The Fellowship of the Ring’. In fact, the show will take place 3441 years before any of the events we have seen. In terms of Tolkien’s timeline, this means that we will witness the Second Age or the Age of Númenor.

We are not exactly sure what this age will entail. After all, the closing of the Second Age was marked by the rise of Sauron, who would ultimately steal the ring, and the alliance between the Elves and Men. However, a lot happened before then, which is something that the show might focus on. Instead of trying to guess about the events of thousands of years, it would be notable to point out that several reports have suggested the upcoming show will trace the downfall of the fabled civilization of Man that Aragon descends from. Thus, the character’s past and his bloodline could play an important part in the show.

Not too many character arcs or plot points will be brought back from the Third Age, allowing the show to tell a brand new story, thus existing organically within the ‘Lord of the Rings’ universe, while paying homage to the existing body of work. We might see some familiar characters like Galadriel, Elrond, and Gandalf, who live considerably longer. This would serve as a nice tie-in with the existing work, not to mention, drawing nostalgic fans. Notably, the filming for ‘Lord of the Rings’, the television show, is once again taking place in New Zealand, since it offers the best setting accompanied by skilled people willing to make the series a success.

Lord of the Rings Season 1 Release Date: When Will It Premiere?

Lord of the Rings series will most likely release in 2021 since Amazon usually starts the production of a show at least two years before it airs — and reports suggest that production is underway as of November 2019.

Jennifer Salke, Head of Amazon Studios, has expressed the same hope while stating that she knows some people want the show to arrive in 2020 itself. There are rumors that the first season might have 20 episodes, but we have to wait and see if it pans out.

While excitement on part of the fans can be understood, the people on the team are committed to delivering a big, addictive show that proves that they are at the top of the game. Fans have all the more reason to cheer now since Lord of the Rings season 2 has already been greenlit, showing faith in those who are making the show.

Lord of the Rings Trailer:

Unfortunately, Amazon’s ‘Lord of the Rings’ does not have a trailer yet, but we will update this section as soon as it drops.