What Happened to Ameer and Mina in Stateless? 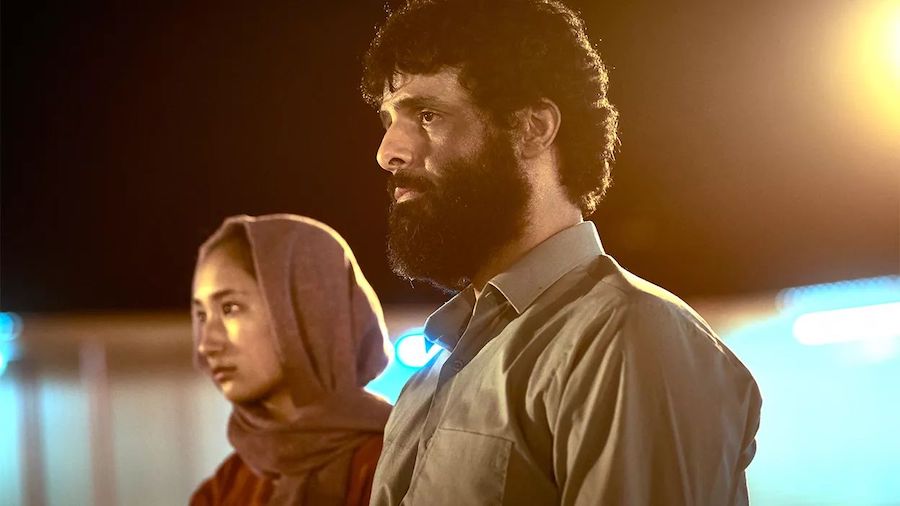 Ameer had fled Afghanistan with his wife and two daughters, hoping that they would get the chance to have a fresh start in Australia, without the looming terror of a terrorist organization. He had thought Australia to be a free place where he and his family could live in safety and comfort. However, as soon as he touches the hallowed grounds, he is interviewed and sent to the detention center. This is where Ameer’s expectations about the place start to come down, and as months pass by, he holds on to the hope of a brighter future for his daughter, if not for himself. By the end of the series, he has to make a heartbreaking compromise for the greater good, and his plan of sticking together as a family completely falls apart.

A quick side note here. Even though the show claims to be based on a true story, The Cinemaholic has not been able to verify if Ameer and Mina are based on real people. It seems that their story is most likely inspired by one or more horrifying tales of people from Afghanistan trying to seek refuge in Australia.

What happened to Ameer and Mina?

With his wife and younger daughter dead (they are drowned in the sea, en route Australia), Ameer only has Mina to hold on to. His grief, along with the medications provided at the center, pulls him down into a depressive state, but Mina gets him out of it somehow. They act as each other’s support, and as tightly as their lives are tied together, so are their visas.

Prior to Ameer’s arrival at Barton, Mina had been living with an Australian family. After her mother’s death and no knowledge of her father’s whereabouts, she was considered an orphan, and hence, was eligible for a protection visa for children. She was placed with a foster family but was pulled out of there once Ameer came back in the picture. Now, Mina’s chances of getting out of Barton were tied to Ameer’s. Until his background is cleared, she would be held at the facility as well.

At first, Ameer stays hopeful about their chances of receiving a visa. But when discrepancies arise in his story, he realizes that he will have to fight the system, which might take years. He pleads with Mohsin to be his witness and clarify to the immigration authorities that he had not worked as a people smuggler. But Mohsin knows that by coming through for Ameer, he would be letting go of his own chances of getting a visa, considering that he had murdered someone to get to Australia.

Seeing that he has no prospects of getting out of Barton anytime soon, Amir decides to cut the ties between him and Mina. He claims that he was a single man who came across Mina’s family and acted as her father because he knew it is easier to get a visa as a family man. He points towards his surname, which was recorded on his arrival in Australia, to prove that Mina is not his daughter, but is indeed an orphan. With this act, Mina is once again granted a protection visa and she goes back to the family who had cared for her the last time. She gets her freedom and is opened to the endless possibilities that her father had promised Australia would provide.

As for Ameer, the future is bleak. His lawyer warns him that winning the case without any witnesses or evidence in his favor would lead to a legal battle that will not end anytime soon. Even with that, there is no guarantee that Ameer would win the case. Moreover, with the case of Sofie Werner’s unlawful detention coming to light, the situation worsens for Barton. In real life, the detention center was closed almost two years after Cornelia Rau (the real-life Werner) was let go from there.

Considering a similar fate for Barton, we can extrapolate on Ameer’s fate. Barton would soon close and he, along with the rest of the refugees, would be transferred to a different detention center, most probably on an offshore location, where the access to lawyers and media is highly restricted. This would worsen Ameer’s chances of ever getting out of there. As for Mina, life would go on without her father, and as promised, she’ll wait for him, no matter how long it takes.