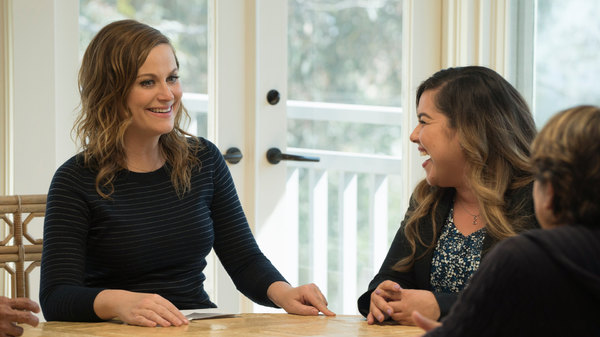 For the last two decades, the reality TV scene was dominated by the big giants like American Idol, the Big Brother spinoffs, the HGTV and Bravo z-lister celebrity shows that somewhat made up a very unique niche which alienates the audience rather than reeling them in – all of them falling across the spectrum with many genres, but all of them still casual shows with ample room for Flanderization and simplification. ‘Real Housewives’ franchise, all its spinoffs, and the ilk of shows that followed suit after it name themselves docu-soaps, but they are documentaries only in a cosmetic sense, often setting up situations artificially and making references to the actual cultural background in a zany, and usually sloppy way.

However, thanks to certain exclusive subsidiary channels dedicated to journalistic documentaries such as Discovery’s ID, shows that actually attempt to document rather than make big on some gimmickry and trend are still alive. Many of these still try to sell on shock value (scandals, serial homicides, cases gone cold, conspiracy theory crafting et cetera), there are a select few that actually attempt to take a look into the political discourse, acting as a very heavy-handed, and well-researched reality check. ‘America Divided’ is one of these unique shows. Granted, it still started in the zero hour of the 2016 presidential elections, capitalizing on the renewed interest in social issues, it nevertheless does highlight said issues, and does quite a good job at putting up an unbiased and apolitical study of discrimination in the modern US.

Even though the show’s purpose is drawing a portrait of the contemporary socio-political landscape in terms of the American stance on issues like immigration, the gender pay gap, and minority discrimination, the show attempts to connect to the audience by selling it on star power. Every alternate episode, the show presents a celeb (sometimes pertaining to the concerning minorities), who becomes the host for two episodes. The cast is therefore reasonably star-studded, with Zach Galifianakis (you will remember him from the blockbuster The Hangover trilogy, and more recently the Oscar-winning Birdman) as the poster boy. Other than Zach, it also featured Rosario Dawson, America Ferrera, Norman Lear, Peter Sarsgaard, and Jesse Williams.

America Divided Season 3 Plot: What is it about?

Each episode, the show follows a celebrity host’s journey through the streets of a state in the US and an overarching discourse of the social issues of age-old discrimination and racially motivated hatred that still plagues the modern-day US. The show remains apolitical and accounts for the issues only from a philanthropic perspective.

America Divided Season 3 Release Date: When will it premiere?

Even though it was made as a primer on the lead-up to the presidential election, the 2017 season did not have that context to back it up, and yet the four-part second season fared well both in terms of critical praise and viewership ratings. All in all, a new and third season for the show would not be unlikely, as class and race divides and discrimination still run rampant, with the recent threat of the alt-right incursion and Noe-nazism. Whether or not the show can follow up with this context, however, it depends in the end on whether Epix will greenlight it for another season. The show is still awaiting renewal. Therefore a tentative air date for the show still remains TBD.

Since the show has not been scheduled or renewed yet, it can be assumed that filming has not started. Naturally, there is no promo content for the tentative season available yet – including teasers or trailers. So while waiting for further updates, you can get a sneak peek into what the documentary is all about by watching an exclusive sneak peek into the show here.