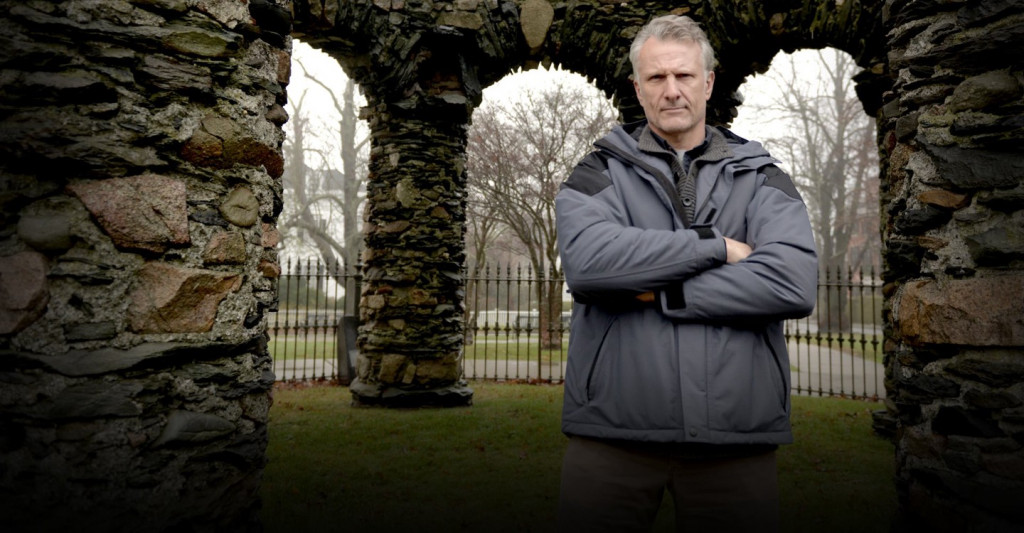 The history of any country, religion, and civilization always has two versions — the one we read on our textbooks and the other which is hidden away from plain view. I, as an individual, was forced to question this when I read the first novel from Dan Brown’s treasure hunt franchise. If you have read them, you will come across several references to cryptography, keys, symbols, codes, art, and conspiracy theories. Although fictional and controversial, his books do throw some light into how much we still don’t know about our history. Similarly, when it comes to the historical background of America, this country has also several buried secrets about its past. The discovery of multiple strange artifacts and documentation stands proof of this belief.

In a mission to unearth the true history of the US, Travel Channel revived the original H2 historical documentary, ‘America Unearthed’. The show previously aired on A&E Networks’ H2 from 2012 to 2015, spanning three seasons. However, after the rebranding of H2 to Viceland in 2016, the show was eventually canceled. It returned to Travel Channel for a fourth season, comprising 10 episodes, on May 28, 2019. In his statement to Deadline, Jane Latman’s (general manager of Travel Channel) expressed his happiness on show’s return on the network, “With a serious built-in fanbase, Scott is ready to get to the bottom of a whole new batch of mysteries and build on the success of the earlier seasons”. She further added that the show’s addition to her channel would definitely succeed in generating more viewership and increasing ratings.

America Unearthed Cast: Who is in it?

Scott Wolter, who had hosted the original version of ‘America Unearthed’, hosts Travel Channel version as well. Based in Minnesota, Wolter is a forensic geologist and television host. He is also the founder and president of American Petrographic Services and the inventor of Archaeopetrography. Additionally, Wolter was a part of the crew that had analyzed Pentagon’s concrete damage after the 9/11 terrorist attacks. He had even assisted the cops in solving a certain murder case where a victim was found buried under piles of concrete. Wolter made his first TV appearance with ‘Holy Grail in America’ and he has written multiple books on geology, the Knights Templar and theories about the pre-Columbian contact.

America Unearthed Plot: What is it about?

The premise of ‘America Unearthed’ follows an almost similar format like its original counterpart, where Wolter decodes declassified documents, hidden clues, and missed connections which can help in solving long-forgotten mysteries.

In order to understand the basic theme of this show, let’s give you a few examples from its previous installments. For example, in one episode, Wolter explores a supposed Mayan village in Georgia. He travels to several places in the US, where he unearths pieces of evidence about secret symbols and societies, alleged hoaxes and coverups, weird coincidences, fabrication of facts, real testimonies, and mysterious legends. There are episodes which revolve around the Tucson artifacts and the Knights Templar in America. Again, in another episode, he investigates circumstantial evidence which leads him to believe that there was some Polynesian contact between Mexico and wider Mesoamerica. This could mean that in the pre-Columbus era, people crossed the expansive seas in order to trade with neighboring countries.

Even in the Travel Channel version, Wolter deciphers the mysteries behind artifacts and texts with an aim to reveal an alternative history of the North American continent, much before Columbus discovered the current United States, which we know of today. Here, we witness fresh information being presented about cold, old, and forgotten unsolved mysteries — such as the escape from Alcatraz in 1962, when three prisoners fled from the island prison of San Francisco. We also see a reimagined narration about the hunt for D.B. Cooper, who, in 1971, had extorted US$200,000 in ransom money and highjacked a Boeing 727. After that, he escaped via a parachute and was never found. The show additionally explores the abduction and murder of Aviator Charles Lindbergh’s baby in 1932.

Overall, ‘America Unearthed’ is a show that gives us a fresh outlook into unknown aspects of our alternative history, yet unexplored officially. And as per Wolter, he considers Travel Channel to be the perfect venue for the fourth season. According to him, “The series has always been known for great storytelling, cutting-edge science, and beautiful cinematography, but now my adventures are going to be epic.”

America Unearthed Season 5 Release Date: When will it premiere?

‘America Unearthed’ season 4 premiered on the Travel Channel on May 28, 2019. Since the show was quite successful during its original run, ranking as the #1 series of all time on H2 (after releasing season 1), we are hopeful that a fifth season should be under production soon. But when? Considering its previous airing schedule, which followed an annual release format, ‘America Unearthed’ season 5 should premiere sometime in May 2020. We shall update this section when we have more concrete news on the same.

Check out the trailer for show’s original H2 version below. Moreover, you can always head to the show’s official website in order to be updated about the latest clips, videos, episodes, photos, and article releases regarding the series.