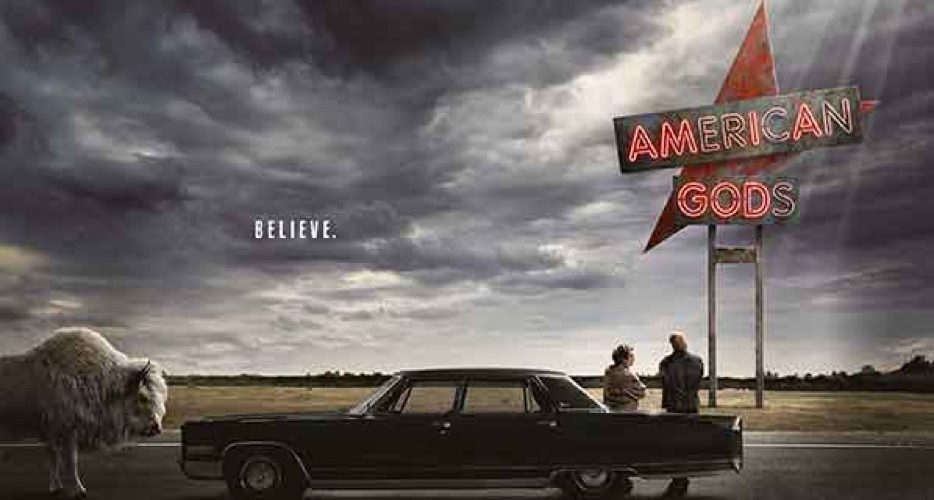 ‘American Gods’, the Starz series, is just one week into Season 2 and has already been renewed for Season 3 and has also brought on a new showrunner to helm the upcoming season, as reported by Variety. The premium cable show is bringing on Charles “Chic” Eglee of ‘The Walking Dead‘ and ‘Dexter‘ fame to serve as both showrunner and executive producer.

Eglee is going to be the fourth showrunner in three seasons of ‘American Gods’. Season 1 was helmed by Bryan Fuller and Michael Green, while the sophomore season fell to Jesse Alexander of ‘Heroes’ fame. Hiring Eglee as the showrunner seems to have gone down well with Neil Gaiman, who wrote ‘American Gods’, on which the show is based. Gaiman also serves as the executive producer of the show. He commented, “I’m thrilled American Gods has been renewed for a third season, and even more thrilled that I’m getting to work on it with Chic Eglee. Chic is the best partner-in-crime. We’ve been working for weeks now on the shape of the season and I’m delighted that he gets to carry the American Gods torch on to glory. Thank you to Fremantle, Starz and Amazon for having faith in the series, to Bryan, Michael and Jesse for bringing it this far, to all the cast and crew, and most of all to the viewers. It’s their love of the characters that took us to this point, and will take us on to the next chapter”.

At the time this article has been written, ‘American Gods’ sits safely with a Rotten Tomatoes score of 55% and ComicBook.com‘s Jenna Anderson has described the show as being a compelling return that holds just enough promise. She said, “There’s something compelling about the way that American Gods makes its long-awaited return, which will hopefully make fans continue to have faith in the series,” Anderson says in her review. “The beginning of Season Two feels akin to catching up with an old friend — you might not know exactly what their current situation is, but you’re happy to have their energy around you once more. With gorgeous visuals, a compelling ensemble, and an intriguing blend of old and new, the journey of American Gods feels truly unlike anything else on television at the moment.”

For those unaware, ‘American Gods’ follows the story of Shadow Moon, an ex-convict, who becomes the chauffeur to a mysterious man called Wednesday, who is actually Odin. He unwittingly gets sucked into a war between the Old Gods and the New Gods. Odin is on a quest to reunite the Old Gods who seem to have come to America, leading quieter lives now that people have started worshipping newer gods like Technology. Season 1 only hinted at the battle and threw in a curveball in the form of Shadow Moon’s cheating wife, who had died in a car accident but had risen from the dead. Season 2 will presumably see the war between the two factions escalate as the New Gods have already issued their warning that they are not about to give up their position of power without a fight, which is bound to cost both sides dearly.

As of now Season 3 of ‘American Gods’ does not have a release date scheduled.