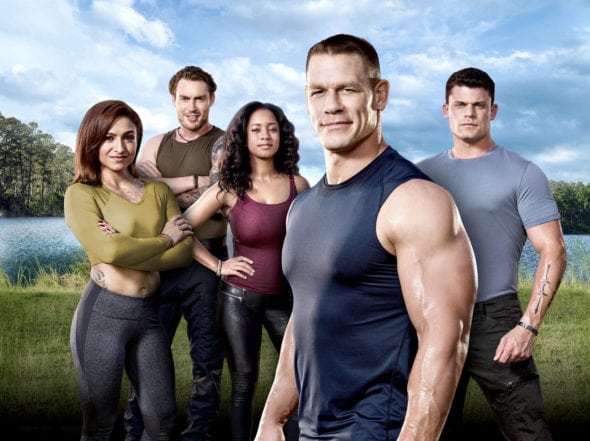 ‘American Grit’ is a reality television competition show which used to air on Fox and is available on Amazon Prime Video. Hosted by famous WWE wrestler and actor John Cena, the show, as its name suggests, is all about “grit” and pits contestants against each in punishing obstacle courses.

A relatively old show, Season 1 of ‘American Grit’ premiered a few years back on April 14, 2019, and fared decently in terms of viewership. Consequently, Fox, on July 29, 2016, renewed the show for a second season, which premiered a bit less than a year later, on June 11, 2017. Since then however, nearly two years have passed and the chances of the show getting renewed are getting slimmer by the day. Here’s everything we know about the prospects of a third season.

American Grit Cast: Who is in it?

The show is hosted by none other than WWE legend John Cena. As far as others are concerned, the show, in each season, features a bunch of contestants and four coaches.

If ‘American Grit’ does return for a third season, we expect an entirely new line-up of contestants and coaches. We’re keeping our ears open for news on the cast of Season 3, and if any news surfaces, we’ll be sure to update this section to reflect the same.

American Grit Plot: What is it about?

‘American Grit’ is all about fitness and overcoming punishing physical challenges, and the involvement of former war veterans as coaches goes on to demonstrate the show’s emphasis on grit. As far as the format of the show is concerned, the contestants are divided into four equal teams, which are led by each of the four war veterans, who serve as Cadres for each team. Once the contestants are divided into teams, they have to overcome Team Challenges. All members of the winning team are marked safe from elimination while one member from each losing team is chosen to take part in the Elimination Challenge. The Elimination Challenge is a particularly punishing one, and the contestant who cannot endure it gets eliminated. This process continues until only a few contestants are left. In the final, the finalists have to compete in an Elimination Challenge, and the winner takes home an impressive cash prize of $250,000.

The first season of the show was filmed at the foothills of Mount Rainier in Eatonville, Washington, and it focused on “pushing teams to the brink” to test their endurance. Season 1, interestingly, saw not one but two winners – Clare Painter and  Mark Bouquin – both of who were part of Cadre Noah Galloway’s team.

The second season of the show takes place in a location called Camp Git in Georgia, and focuses on “helping competitors find their grit”. Although the second season began with 17 contestants, one of them – Heather Pincelli – was eliminated before the team formation took place. The remaining 16 contestants followed the aforementioned format, and at the end of the season, Gigi Gustin emerged from Cadre Grady Powell’s team emerged as the winner and took home the prize money.

As far reception goes, we don’t know what television critics collectively think of ‘American Grit’, since the show does not have a score on review aggregator website Rotten Tomatoes. That being said, Variety did not have too many kind words for the show, and wrote, “Other than patriotically wrapping itself in a flag, ‘American Grit’ is a warmed-over reality concept, not only aping various programs on Discovery, but coming across as a near-remake of ‘Boot Camp’, a Fox series that premiered in 2001, six months before the Sept. 11 attacks. The one wrinkle here is wrestler John Cena, who turns out to be something of a natural as hosts go. Still, that’s relatively small compensation to enlist in this latest competition series.” On IMDb, the show has a decent overall rating of 7/10.

American Grit Season 3 Release Date: When will it premiere?

‘American Grit’ season 2 premiered on June 11, 2017. Although Season 1 of ‘American Grit’ did decently in terms of ratings and viewership, Season 2 saw a major dip in this department, and managed to generate a viewership and ratings which were half as good as Season 1. It’s perhaps for this reason that Fox has not made any announcement pertaining to the future of the show, and we’re fairly certain that the network has already quietly pulled the plug on the show or is contemplating doing so. We’re keeping our ears open for news on the future of ‘American Grit’, and we’ll update this section as soon as we hear something concrete. In the unlikely scenario, the show does get renewed, we expect ‘American Grit’ season 3 to air sometime in 2020.

While we wait for Fox to make an announcement pertaining to the future of ‘American Grit’, here’s the trailer for Season 2 to give you a glimpse into the show and what it puts contestants through. You can also check out episodes from the prvious seasons on Amazon Prime Video.