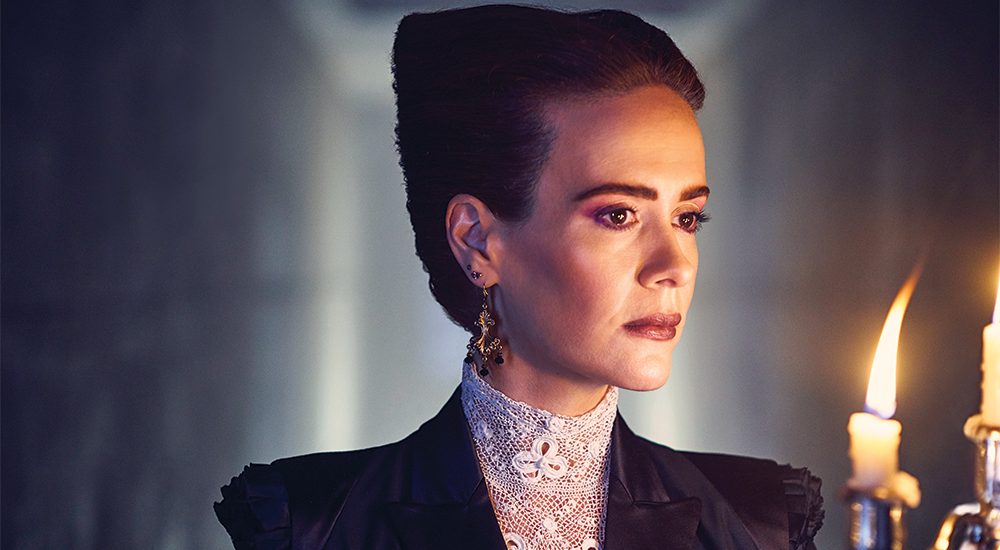 Created by Ryan Murphy and Brad Falchuk, ‘American Horror Story’ is an anthology show that explores classic horror tropes, using different slices of Americana as the backdrop. The show introduces a new set of characters and setting each season and depicts a story that gets told in its entirety in the span of the season. Often, Murphy and Falchuk cast actors in more than one season in different roles.

The show originally premiered on October 5, 2011, and has spawned nine seasons to date. It has been nearly a year since the last season concluded. If you are wondering about the release date and other details of ‘American Horror Story’ season 10, here is everything we know!

As far as another season is concerned, here’s everything we know. In August 2018, FX revealed that they have greenlit the series for a tenth season. John Landgraf, CEO of FX Networks, said in an interview, “Ryan asked for a 10th season of American Horror Story which we were happy to give to him.” In January 2020, the network confirmed that they will produce three more seasons of the show.

Due to the COVID situation, the production for season 10 was delayed. In August 2020, it was reported that the filming for season 10 would begin in October 2020, i.e., on Halloween itself. If everything goes accordingly, we expect ‘American Horror Story’ season 10 to premiere sometime in 2021.

American Horror Story Season 10 Cast: Who is in it?

Talking about the possible cast for season 10, Murphy cryptically said in November 2019 that “[T]he people who helped build this show into what it is, who believed in it from the beginning, have been contacted and are interested.” He also pointed fans towards the “iconography” of the first three seasons to determine which actors are likely to come back.

As of fall 2020, AHS veterans Sarah Paulson, Leslie Grossman, Evan Peters, Lily Rabe, Adina Porter, Kathy Bates, Billie Lourd, Finn Wittrock, and Angelica Ross are most likely to return for season 10. In February 2020, it was reported that Macaulay Culkin of the ‘Home Alone’ fame has been cast in an unspecified role.

American Horror Story Season 10 Plot: What can it be About?

As ‘American Horror Story’ is an anthology series, each season of the show tells a self-contained story. Season 1, titled ‘Murder House,’ focuses on the Harmon family and their new Los Angeles mansion, which seems to be haunted. Season 2, ‘Asylum,’ depicts in harrowing detail the lives of the staff and patients of the fictional mental health facility, the Briarcliff Manor. In season 3, ‘Coven,’ the show centers around a declining coven of witches. Season 4, ‘Freak Show,’ revolves around a troupe of biological anomalies or a freak show in the 1950s.

Season 5, ‘Hotel,’ showcases the bizarre and strange incident that occurs in and around Hotel Cortez, in Los Angeles. The sixth season, ‘Roanoke,’ explores the paranormal happenings in a farmhouse in North Carolina. Made as a response to the US Presidential Election in 2020, season 7 or ‘Cult’ is a commentary on the extreme political divide in the US. Season 8, ‘Apocalypse,’ focuses on the Antichrist living in a dystopian world. Season 9, ‘1984,’ pays homage to the classic 1980s gorefest films and tells the story of a summer camp that becomes the hunting ground of a serial killer.

Murphy tends to leave clues about future seasons in various episodes. Season 10 is no exception. While celebrating the AHS 100th episode, he revealed that there is a big clue about the plot of the next season in the second last episode of ‘1984.’ Since then, Murphy has been continuously sharing photos with the tag “clues” on his Instagram page.