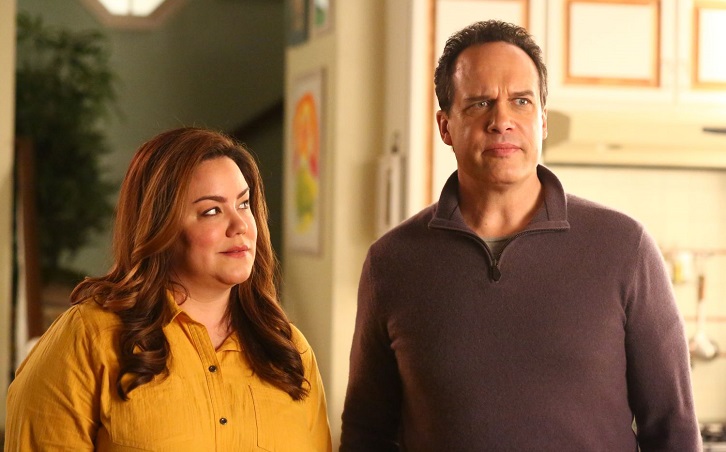 The ongoing Corona pandemic has brought the whole world to a standstill, Hollywood included. While many shows have halted their filming, some titles that had wrapped up shooting before the health crisis reached its full potential, are offering a breath of fresh air for viewers boxed up in their homes. Well, to give an example, ‘American Housewife’ Season 4, which aired its 14th episode this week.

The sitcom made a much welcome comeback after airing its last episode (episode 13) way back on January 31, 2020. We not only get to meet our favorites, including Katie, Taylor, Oliver, and Anna, but we also see Viv, which is the ideal definition of “crazy”. Even Greg’s brother from England is seen in the episode and the banter between the siblings brings in multiple doses of comic moments. There’s a part of the episode that deals with Anna-Kat and Taylor trying to bond with each other.

Yes, in these troubled times, American Housewife’s last episode was a relaxing watch. So, are you done with it yet? If yes, you should know that the show is now resuming its original weekly schedule. Read on to know everything about the next episode, that is American Housewife Season 4 Episode 15.

American Housewife Season 4 Episode 15 Release Date: When Will It Premiere?

The episode’s official synopsis gives further insights into its storyline. It goes as follows: “Katie finds an old piece of furniture and sets out to recreate her and Greg’s first apartment, reminiscent of a time when life was simpler. Meanwhile, Greg enjoys an unexpected benefit of being the victim of Lonnie’s relentless practical jokes.”

You can watch ‘American Housewife’ season 4 episode 15 by tuning in to ABC at the aforementioned time slot if you have a cable subscription for the channel. New episodes are released the next day on the official ABC website and ABC app. You can catch the show on these platforms as well through a cable subscription. Otherwise, all the recently aired episodes are also available on Hulu.

The 14th episode, called “A Very English Scandal”, is the 84th episode of the whole series overall. It is written by Anthony Lombardo and directed by Ken Whittingham.

The episode aired on March 18, 2020, and its official description goes as follows: “Against Greg’s wishes, Katie sets out to play matchmaker for British Greg; Oliver goes along with a rumor at school about his sexual identity to help a classmate feel accepted.”

The banter between Greg and Katie acts as the major attraction for this episode. In one scene, Katie even tells her husband: “When are you going to stop asking me not to do things that you know I’m going to do anyway? It puts me in a very uncomfortable position.” Well, want to know the complete story? Tune in to any of the platforms mentioned above and watch it!