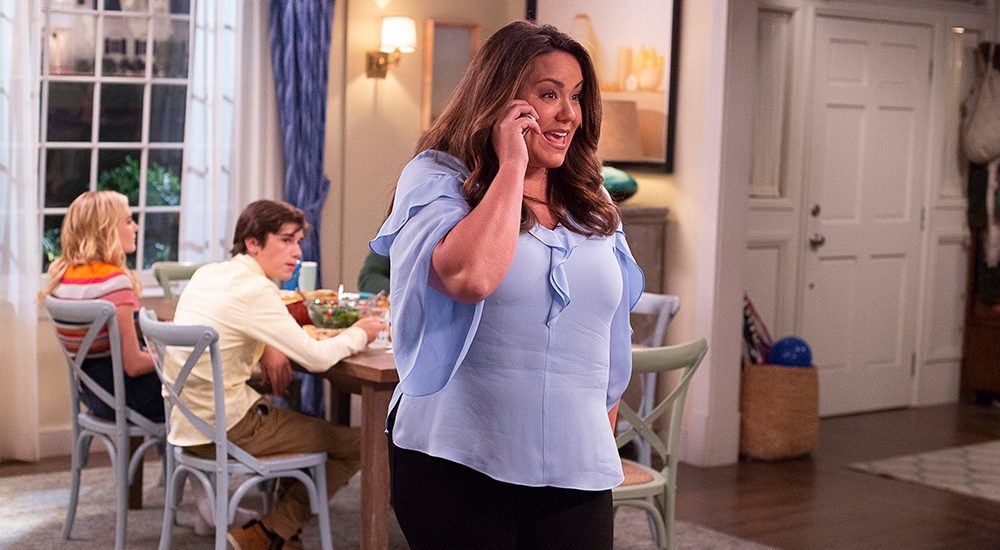 Whenever American Housewife returns to its regular Wednesday slot on ABC, fans heave a sigh of relief. After all, the show always manages to leave us with fits of laughter in its own quirky, charming way. But, after the 16th episode that landed this week, the sitcom will go on a brief break — something that seems to have become a standard routine for almost all of ABC’s current titles

So, when will American Housewife Season 4 Episode 17 release? Read on to know. Besides knowing the streaming and premiere details of the upcoming episode, you can also scroll down to read whatever ensued in the latest episode.

American Housewife Season 4 Episode 17 Release Date: When Will It Premiere?

The episode’s official synopsis gives further insights into its storyline. It goes as follows: Katie encourages Anna-Kat to stand up for herself when dealing with Taylor; Oliver feels left out when Greg invites Lonnie, Trip, and Franklin to join him at a reenactment of “The Battle of Westport.”

You can watch ‘American Housewife’ season 4 episode 17 by tuning in to ABC at the aforementioned time slot if you have a cable subscription for the channel. New episodes are released the next day on the official ABC website and ABC app. You can catch the show on these platforms as well through a cable subscription. Otherwise, all the recently aired episodes are also available on Hulu.

The 16th episode, called “The Battle for Second Breakfast,” is the 86th episode of the whole series overall. It is written by Alisa Statman and directed by Lauren Caltagirone.

The episode aired on April 1, 2020, and its official description goes as follows: “Katie begins to feel like a third wheel when breakfast talk starts revolving solely around Angela and Doris’ new relationships; Greg struggles with Anna-Kat’s newfound independence.”

What happens is, Angela and Doris, start dating a pair of siblings. As a result, one day, the duo ends up skipping their second breakfast. Katie feels left out and imagines that she has now become the third wheel. So, she considers inviting Maria and Principal Ablin to their hangout. On the other hand, Greg offers to help Anna-Kat in her school project. However, the latter is not so receptive of the same and goes ahead to complete it on her own. Meanwhile, Oliver and Taylor get ready to get their picture clicked by a wandering street vehicle.