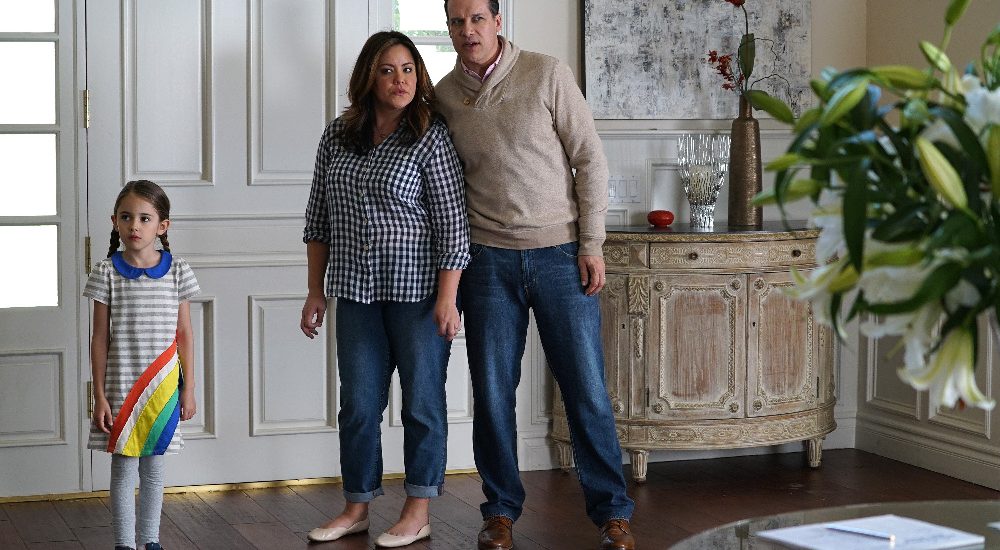 ‘American Housewife’ season 5 episode 6 follows Katie who is excited that her old friend Tami is coming to town. She finds much solace in her bud when Anna-Kat decides to abandon her blog. ON the other hand, Taylor discovers that Greg secretly plays bass guitar. You can read a detailed recap of this week’s episode at the end of this article. Here is a preview of next week’s upcoming episode 7.

‘American Housewife’ Season 5 Episode 7 is slated to be released on January 27, 2021, at 8:30 pm ET/ 7.30 pm CT, on ABC. Yes, the show has gone on a short break. New episodes, following this hiatus, should air every Wednesday at the same time slot. If there are any other changes in the schedule, our preview sessions will keep you updated.

The upcoming episode is called ‘Under Pressure’ and here is its official synopsis as outlined by ABC: “Greg ropes Katie into a double date with Principal Ablin (Jerry Lambert) and Maria (Julie Meyer) in an attempt to further his political aspirations. Meanwhile, Anna-Kat’s newfound popularity at school proves to be overwhelming.” The episode guest stars Jerry Lambert as Principal Ablin and Julie Meyer as Maria. The episode is written by Michael Hobert and directed by Chris Koch.

Interested audiences can watch ‘American Housewife’ season 5 episode 7 by tuning in to ABC at the aforementioned time slot if you have an active cable subscription. The latest episodes are released online the next day for people to watch on the official ABC website and ABC app. You will need to log in with a valid cable provider ID to watch on ABC though. All the recently aired episodes are also available on Hulu (for those with a subscription) and on Amazon Prime (for streaming on-demand). Cord-cutters can live-stream ‘American Housewife’ on Direct TV, Fubo TV, and YouTube TV.

‘American Housewife’ season 5 episode 6 is titled ‘Mother’s Little Helper’. What happens here is, Anna-Kat decides to boycott Katie’s mommy vlog. She believes that her mother brings up too many embarrassing stories. On the other hand, Katie is excited that her old friend Tami (Holly Robinson Peete) is moving to Westport. Therefore, she asks Tami to feature as a guest on the vlog.

Katie respects Tami as a mother. And later, Tami even helps Katie out in resolving an issue with Oliver and Cooper. This is when Katie discovers their hidden bar in the basement. She also learns that Tami no longer has the energy to control her youngest kid, Grace, and actually needs Katie’s help. Finally, Taylor unravels that Greg plays bass guitar in a history-themed band at the mall. This is the fact that everyone else in the fam is ignorant about.