Where is Laine Hardy Now? 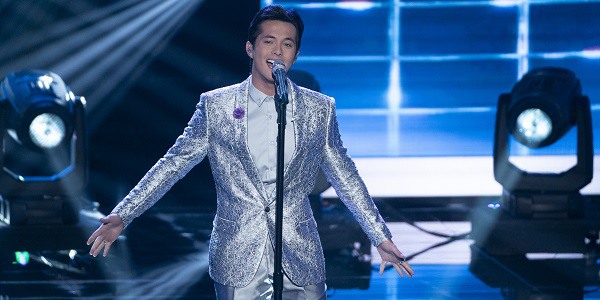 The reality television show, ‘American Idol’ boasts of an infectious level of popularity. Every year, the music competition series gives one the feeling that the entire country is invested in crowning its next singing champion. But what happens to the winner? What happens to the person that manages to survive the grueling competition and the intensely talked-about championship? Sure, they get a short-lived window of tons of fame. But what after that?

Apart from high television ratings, ‘American Idol’ has also been revered as the most impactful television show. This is because multiple artists that have appeared on the reality series have gone on to become quite successful and popular in the music industry. Examples include Jennifer Hudson and Adam Lambert amongst several others.

The 2019 season of ‘American Idol’ also turned out to be nail-biting. Laine Hardy came out of the season as the winner. Due to his victory, Laine became the third returning contestant in ‘American Idol’ history to be crowned champion. The artist had participated in the 2018 season, but was eliminated after the Top 50 round.

Where is Laine Hardy Now?

Fans would be pleased to know that Laine Hardy has been up to a lot of things these days. It wouldn’t be wrong to say that he has been riding the high waves of his victory efficiently.

To begin with, Laine is a Louisiana native: born and raised in Livingston. Apparently, he frequently visits Livingston a lot. According to Laine’s Facebook page, the singer loves music and Louisiana equally.

Moreover, being in Louisiana is not just about staying in the place one grew up in, for Laine. It inspires him. Louisiana is a big part of his personality and largely impacts the kind of music that Laine produces and performs.  However, finding himself to be suddenly popular all over the United States of America, Laine also travels a lot. That shouldn’t be surprising for a budding artist. He goes to several parts of the country: sometimes on a tour, and sometimes just for some inspiration.

But all of the above was still a few months ago. Upon stalking Laine on several of his social media profiles, we found out that he met Lionel Ritchie very recently! In fact, from the photo (attached in the post below), one can deduce that the two were at some form of shoot or event (there is a large, overhead light/camera in the top right corner of the image).

Ran into an old friend today 😉

Moreover, the Instagram page of ‘American Idol’ also commented on Laine’s photo with multiple heart emojis. Could all of this mean that we might get to see Laine on the 2020 season of ‘American Idol?’ Only time will tell.

Other than that, however, Laine has been busy advancing his musical career by working on producing some new music of his own and going on tours all over the nation. As mentioned earlier, Laine had been in Nashville for a few months. According to local sources, Laine Hardy still lives in Nashville. At least we assuredly know that he frequents the place a lot since he has been working on a new music album with producer Michael Knox.

Some of y’all heard me working on these during the tour. This is one I’m really excited about!! Can’t wait for y’all to hear what I’m working on with Michael Knox. 😎

The album will reportedly see Hardy blend several music genres to create something truly unique. However, the country music flavour will still be strongly felt throughout. Other than that, Hardy visited various corners of the United States as a part of his 2019 tour. Have a look at the artist’s extremely busy schedule from last year:

This is huge!! Headlining my first tour and I can’t wait to see y’all!
Presale tickets available tomorrow at 10am. Sign up for my email list to receive the code. Tickets on sale to the public this Friday at 10am. https://t.co/4lPNgsOIV4 pic.twitter.com/WpwNW4Cgha

Luckily for fans, the singer has shown no signs of slowing down! His 2020 touring line-up looks solid as well. Hardy is slated to visit places like Miami, Indiana, Pennsylvania and Connecticut in 2020.