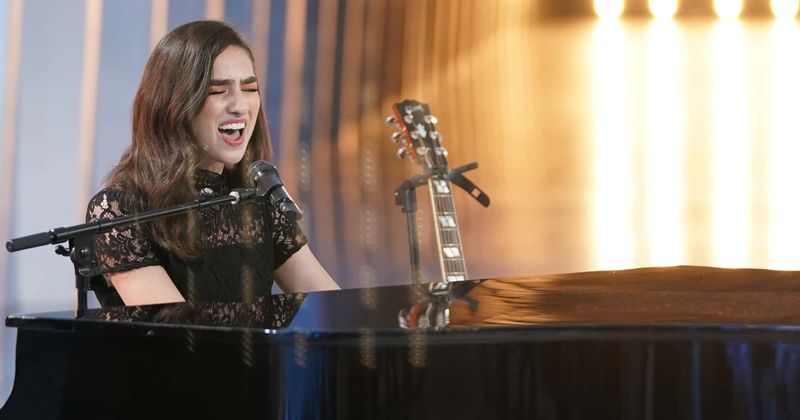 ‘American Idol‘ Season 18 is off to a great start, and we have seen some wonderful performers audition, and showcase their talent. As we move into week three of the auditions, you might be wondering who gets the ticket to Hollywood in the latest episode.

Don’t worry, we have got you covered in that regard. We also bring to you when and where you can watch the upcoming episode.

American Idol Season 18 Episode 4 Release Date: When Will It Premiere?

Katy Perry is feeling the love in this episode because the auditions are held in the same room in Los Angeles, where Orlando Bloom proposed to her. First off, we have Kimmy Gabriela, the 17-year-old from Lakeland, who performs ‘Let’s Hurt Tonight’. The judges are blown away by her performance and are at a loss for words. Music runs in Kimmy’s family, as her father’s a musician. Needless to say, she gets the golden ticket, with Perry saying she’s top 10 material.

Lauren Mascitti is from Nashville. Aged 27, she performs a song written by herself along with Renee Martin. Lauren’s fiance is Shawn Kemp, the famous Nashville songwriter. Lauren has her own reputation as she’s pretty good. Obviously, the judges are visibly impressed, and so are we.

Next up, we have Courtney Timmons, from Harris Neck. The 22-year-old performs ‘Rise Up’. Courtney’s story is strange because she missed the audition call to perform for the producers, before meeting the judges. However, she hung around, hoping for an opening. Ryan Seacrest gives her the chance. Although her performance will need polishing, the judges give her a ‘yes’, moving Seacrest to tears.

Lauren Spencer-Smith from Vancouver Island, is on the stage, belting out ‘What About Us’. She crushes the song, and the judges are visibly impressed at the 16-year-old’s voice. She gets an easy yes. Dewayne Crocker from Pensacola performs ‘Don’t Worry, Be Happy’. His performance is good but the judges suggest that he forms an emotional connection.

However, after he gets the yes, we meet Dewayne’s great grandmother, who is obsessed with Lionel Richie. She met her husband, dancing to Richie’s ‘Lady’, and walked down the aisle to the song. Obviously, the judge obliges by serenading her, with Luke on the piano.

Dillon James from Bakersfield has us hooked with his story and voice. He is a recovering addict speaks of his struggles. His voice is infused with what he’s been through, as he delivers a rendition of ‘Make You Feel My Love’ by Bob Dylan. Obviously, he gets through. Geena from Los Angeles performs her own song. The Katy Perry fan seems poised to deliver a gimmicky performance, but she is actually talented and the judges love her.

Shannon Gibbons from Bellport performs ‘I’d Rather Go Blind’. She is a musician who’s struggled with mental health, and her smoky voice is enough to move the judges. Lastly, we have Genavieve Linkowski from Michigan. She was in Season 16 of the show but was cut out after Hollywood week. Since then, she tragically lost her sister in a car accident.

Now that she’s back to singing, she dedicates the song to her, but her performance is not too good. However, she does get through. What remains to be seen is if she survives in the upcoming rounds. Stay tuned for the latest news about ‘American Idol’ Season 18.