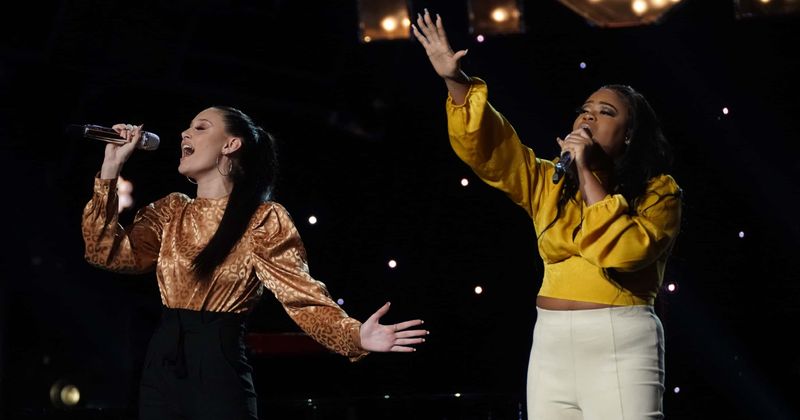 ‘American Idol‘ Season 18 has moved past the auditions, and last week, we’ve seen the genre performers. The country and soul genres seem to have had great performances, and we have witnessed some strong singers and songwriters as well. This week gives the performers a chance to belt out duets.

Curious to find out who makes it through to the next round? We have got you covered, as we also tell you when and where you can watch the upcoming episode.

American Idol Season 18 Episode 8 Release Date: When Will It Premiere?

‘American Idol’ Season 18 Episode 8 is going to be aired on March 23, 2020, at 8 PM ET. The upcoming episode comes hot on the heels of the episode where we see duet performances. The new episode will see solo performances, where singers showcase their unique voices.

Louis Knight and Francisco Martin is the first duo, performing ‘Breakeven’ by The Script. Since they have a lot of common strengths, they decide to team up. Francisco’s nervousness almost becomes his undoing, as he implodes while the performance nears. However, the judges send them on to the next round.

Among the next few duos, only one partner makes the cut. We have Franklin Boone and Jordan Moyes, performing ‘Use Somebody’. However, Jordan does not move to the next round. Lauren Mascitti and Leon Majcen perform Johnny Cash and June Carter’s ‘Jackson’, but the classic country song is not enough to see Leon through. Cameron Havens and Ren Patrick perform ‘Shallow’, but Ren is eliminated.

Hannah Prestridge and Grace Leer take the stage, and though both of them were great solo acts, their duet lacks the spark. Hannah sounds timid next to Grace, which results in the former getting eliminated, and the latter moving on. On the other hand, some duets bring out the best in the performers. Nick Merico and Jimmy Levy perform ‘Someone You Loved?’, and move on to the next round.

Isa Pena and Olivia Ximines, Demi Rae and Michael Wingate, and Jordan Jones and Dewayne Crocker, Jr. are the next three duets that make it through to the next round. Madison Paige and Peyton Aldridge deliver a poor performance, but Peyton claims responsibility and urges the judges to give Madison a second chance, moving Perry and Richie enough to send them through.

Zack Dobbins and Courtney Timmons is another awkward duo, where Zack almost gives up on stage. Both of them are sent home. Aliana Jester and YZThaSinger have chemistry in their performance, while Jovin Webb and Faith Becnel make duets look easy. Landen Starkman and Perrin York, as well as Genavieve Linkowski and Travis Finlay also make it to the Solos round.

Kat Lopez and Alex Garrido take the stage, but only Kat makes it through. Margie Mays and Jonny West barely make it through, but there are some great duets as well. Among them are, Dillon James and Evan Kuriga, Lauren Spencer-Smith and Makayla Brownlee, and Kimmy Gabriela and Elyjuh Rene. One of the best-balanced duos of the night is Cyniah Elise and Makayla Phillips. Naturally, they make it through. Robert Taylor and Tito Rey form a powerful duo too. However, Tito does not make it to the next round.

Just Sam and Sheniel Maisonet is the final duo of the night and their rendition of Shawn Mendes’s ‘Mercy’ ensures that they move to the Solos round. With Hollywood Week coming to an end next episode, we can expect the competition to get even more heated.