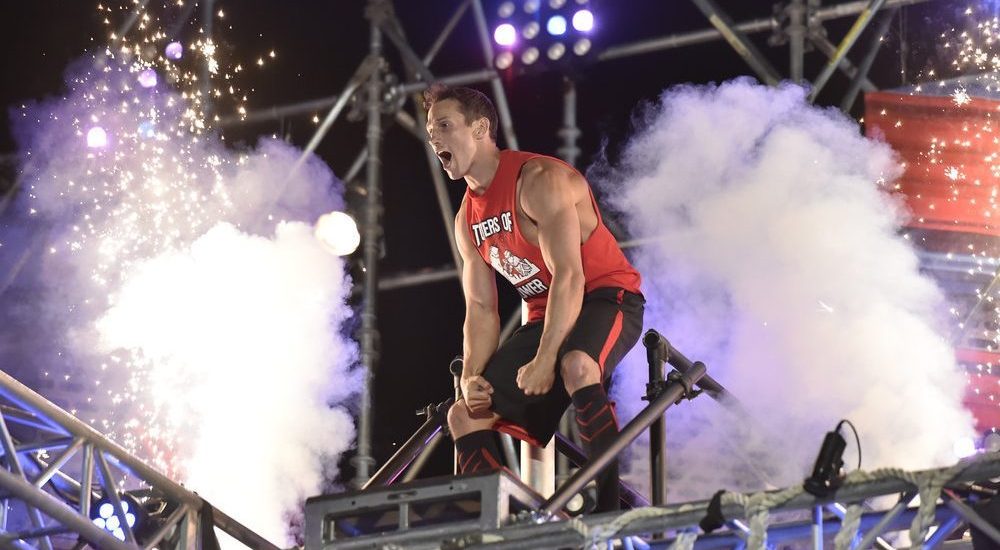 A pandemic is not enough to keep the ninjas from showcasing their endurance and skill in the reality competition – ‘American Ninja Warrior.’ Since the show attracts contestants from all around the country, we are made privy to the elimination processes at the city-level before the national level competition begins. After the city qualifiers, we have the city finals. All of these feature obstacle courses which change over the seasons. In fact, the tenth season saw an exciting addition in the form of the show’s first underwater obstacle.

Coming back to the general format – the national level competition changed the structure from the early days to hold the finals on the Las Vegas strip. There are four stages here, with the ultimate challenge involving a rope climb, where participants race against time. As of now, the height of the ascent stands at 75 feet. That said, Season 12 of ‘American Ninja Warrior’ has brought some changes to the show’s rules – some of which are in effect due to the COVID-19 pandemic. We’ve got the detailed guide here.

‘American Ninja Warrior’ has already had to make changes to its original plans. When most productions shut down in March, the series had to send home the contestants gathered in Los Angeles. Instead, the entire show’s taken place inside the Dome at America’s Center in St. Louis. 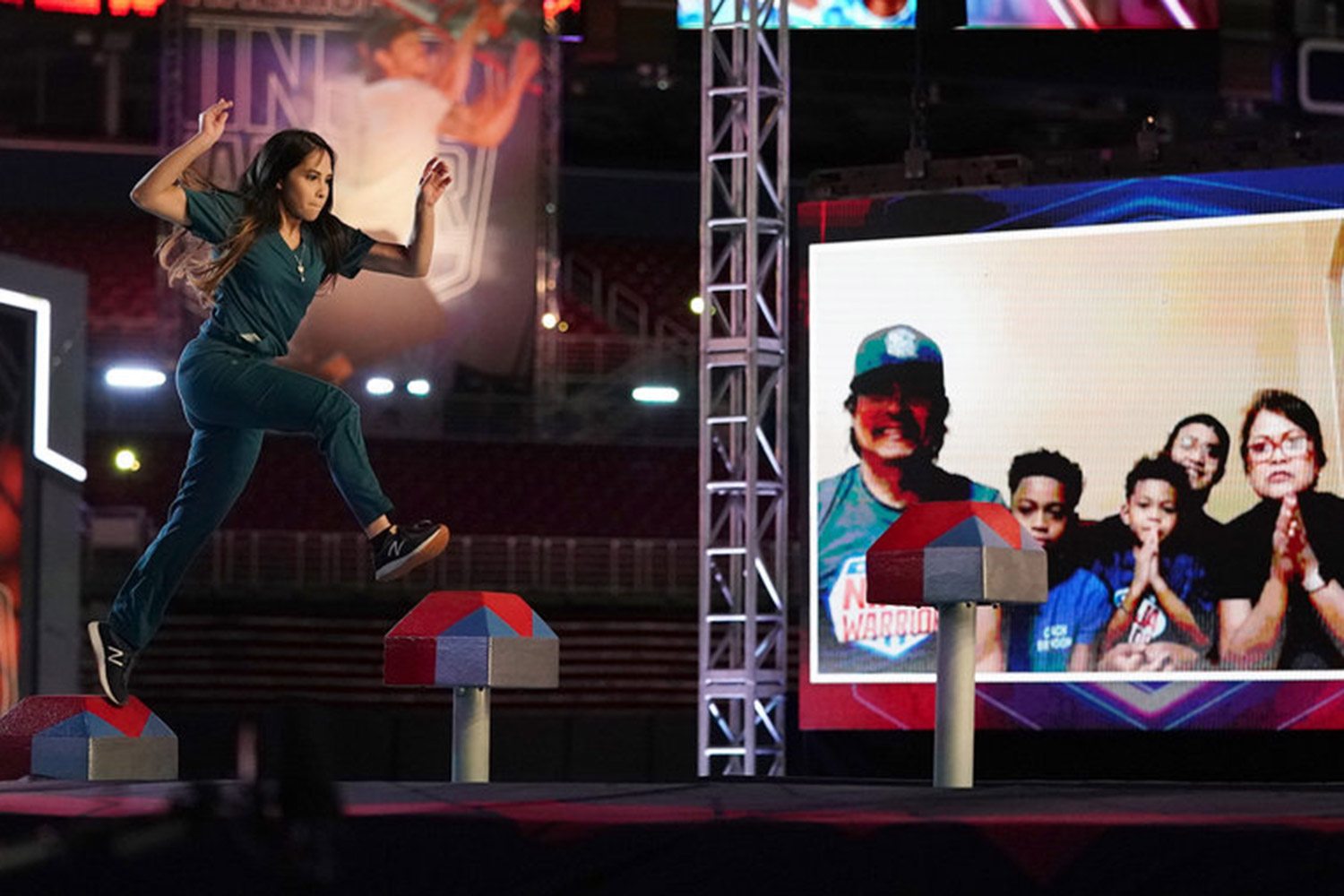 The new season is an abridged version of the show with just three rounds of competition. The regional qualifiers stand canceled. In its place, the top 50 athletes from past seasons, who have been favorites, appear in Season 12. They select two picks – people from their own communities – thus bringing the total number of contestants to 150. We are likely to meet participants from different walks of life, including frontline workers and a team of three mothers.

In the final round, the top eight contestants race against each other in an intense attempt to reach the top of the Power Tower. We know the climb can be grueling, which is why it will determine the winner of ‘American Ninja Warrior’ Season 12. Unfortunately, this season, the cash prize is not the cool million dollars we have come to expect. Instead, the winning contestant will receive $100,000. The reduction in the cash prize is definitely due to the shortened version of the show, in light of the pandemic. 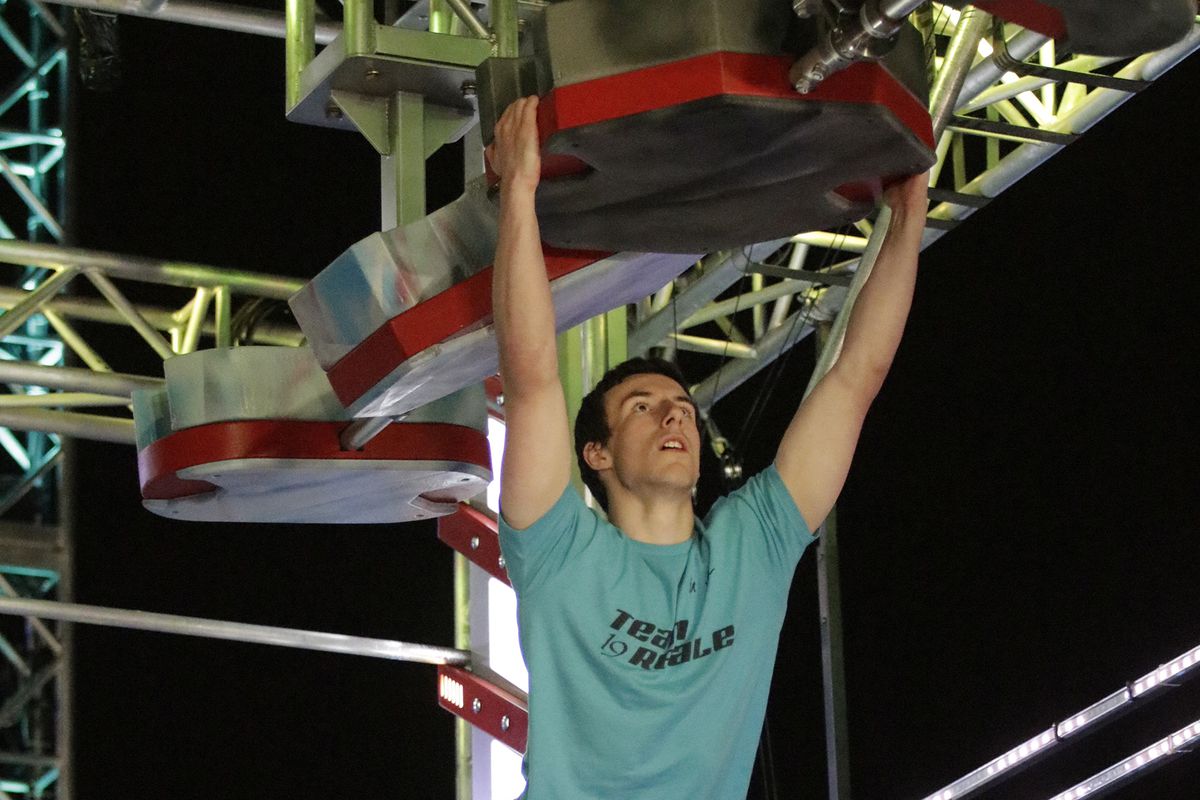 As we have mentioned, the seasons keep changing obstacles. Season 12 has two new courses that we are aware of. One is the ‘Weight For It,’ which has very little information available, but will definitely test the strength of contestants. The other is the ‘Ring Chaser’ course, which is actually a derivative of ‘Sky Hooks,’ yet another obstacle course on ‘American Ninja Warrior.’

Here, competitors must work their way through some monkey bars. During this time, a ring, which is 14 inches in diameter, starts rolling down the side. Contestants have to cross the monkey bars quickly enough to grab the ring as it falls. Using the ring, they have to make a jump, which is nearly the same as in ‘Sky Hooks.’ Finally, they can dismount on the landing platform. If they miss the ring, they can use a much smaller ring – eight inches in diameter. However, the latter is much harder if contestants want to stick the landing. It requires a higher level of precision and coordination.

Thus, NBC’s ‘American Ninja Warrior’ Season 12 might be shorter and constricted to one place. But, the game remains just as competitive. In case you were wondering, there’s an additional element of safety this season. Not only were all crew members and contestants tested for COVID-19 before being allowed to enter the dome, but there’s no one cheering near the obstacle courses like past seasons either. Instead, families and loved ones can watch the participants run the course, live, on their screens.