All 8 American Pie Movies, Ranked From Worst to Best

‘American Pie’ is a series of sex comedy films. The target audience of the series is usually teenagers and the youth. There have been a total of 8 ‘American Pie’ movies, 4 in the Original series which were released in theatres with the original cast and 4 from the spin-off Presents series which were direct to DVD releases. The American Pie movies are the sex comedies most have seen during their teens.

The movies even today serve as good guilty pleasure flicks for a lot of people. Never have these movies got critical acclaim but that was never their aim. Yet, some were certainly better than the others. With the ‘American Pie’ movies two things are common in all 8 films, Eugene Levy as Noah Levenstein and a Stifler! Here is the list of all ‘American Pie’ movies in order from worst to best. If you were wondering what is the best American Pie movie, this list is for you. 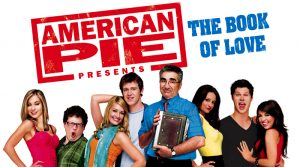 By far the worst movie of the series and the 4th and the last movie to come out of the direct-to-DVD Presents series. The movie takes 10 years after the first ‘American Pie’ movie. The movie follows a similar storyline as the original with 3 unlucky high school virgins try to lose their virginity. In the process to do that they find “The Bible (Book of Love)” created none other than Noah Levenstein (Eugene Levy). It has various information written by generations of users on different sex acts and how to get laid. The book gets destroyed partially, giving some ill-fated advice to the youngsters. The gang finally decide to meet Mr. Levenstein and restore the book of love with the help of all the people who have used it during their time at the high school. ‘American Pie Presents- The Book of Love’ has the worst Stifler. His role is minuscule, which adds to the criticism of the film.

The first film of the Direct-to-DVD Presents series has Matt Stifler (Tad Hilgenbrinck), the younger brother of Steve Stifler in the main role. The movie focuses on the escapades at a Band Camp. This spin-off movie has its storyline based in a band camp which has references in the first two ‘American Pie’ movies. Steve Stifler is sent to attend the band camp as a punishment for making fun of the band and creating havoc for them. Most people hate him there when he arrives but he wins them over. Of course, it being a part of the ‘American Pie’ series, it is explicit and crude. Noah Levenstein (Eugene Levy) is his usual hilarious self, playing the role of the camp’s MACRO (Morale And Conflict Resolution Officer). 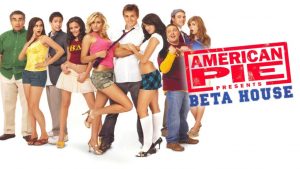 A direct sequel to 2006’s Direct-to-DVD ‘American Pie Presents: The Naked Mile’ follows the story of freshmen Erik Stifler (John White) and his friend Mike “Cooze” Coozeman (Jake Siegel) who are pledging for the Beta House. Erik’s cousin Dwight Stifler (Steve Talley) is a pledge master and leader at the Beta House. The film climaxes (literally) with the Beta House getting into a competition with their rivals Geek House for the banned Greek Olympiad, a series of crazy games played between the two clubs. Eugene levy returns as Beta House alumnus Noah Levenstein to officiate the competition. Strip clubs, rave parties, toga parties, the movies has it all. 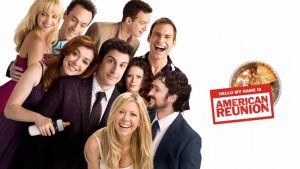 The fourth movie in the original series and eight overall. ‘American Reunion’ saw the entire original cast reunited after ‘American Wedding’ in 2003. Thirteen years after the group graduated high school, they gang returns back home for their Class of 1999 reunion in East Great Falls. Jim and Michelle are married and have a two-year old son. The rest of the gang of Oz, Kevin, Finch and Stifler are also settled in their different careers. What happens next is a series of slapstick and unfortunate events. This movie offers mild emotional tone compared to the other films. Steve Stifler (Sean William Scott) shines in the role made for him and finally gets back at Finch after all these years. It’s not a bad movie, neither is it great but for the teens who loved American Pie it’s a nice nostalgic ride. 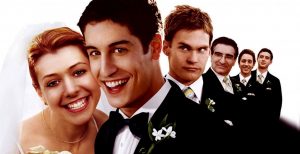 After having their adventures and sexcapdes in the first two movie, the third part of the series shows a change in the usual storyline with Jim (Jason Briggs) and Michelle’s (Alyson Hannigan) wedding as the major plot line. But not to worry, in the end it’s an “American Pie’ movie and it has all its usual perks. Sean William Scott as Steve Stifler is in prime form. The supporting cast of Eddie Kaye, Thomas Ian Nicholas, Eugene Levy, January Jones, Eric Allan Kramer on top form, the movie delivers the laughs. One particular scene in which Scott’s Stifler and Kramer’s Bear have a dance off in a gay bar is hilarious. Jennifer Coolidge returns as the MILF, Stifler’s mom.

Read More: American Pie Cast: Where Are They Now 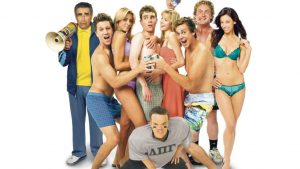 ‘American Pie Presents: The Naked Mile’ was the second Direct-to-DVD movie in the Presents series. With an opening scene that is remembered by most, the movie gets everyone’s attention. Story revolving around Erik Stifler and his friends Cooze and Ryan who travel to Michigan to meet Erik’s cousin Dwight Stifler and participate in the event Naked Mile. Which is exactly as the name states, 1 mile long run to be done naked. The movie is by far the most explicit. It goes without saying for all American Pie films but for this one specially, make sure your parents aren’t around when you are watching this!

The sequel to the first ‘American Pie’ movie begins right after high school is over, the 4 friends Jim, Oz, Kevin and Finch decide to rent a beach house and spend the summer there. Of course, they can’t do it without the master in crime and leader of their misadventures Steve Stifler due to financial constrains, much to Finch’s annoyance. What comes next is a summer filled with ex’s returning, working out long distance relationships and basically, the gang’s attempts to get laid. Jennifer Coolidge returns as Stifler’s mom. Eugene Levy is there too up to with his usual quirky lines. With raunchy scenes and some real good fun, the movie deserves the second spot.